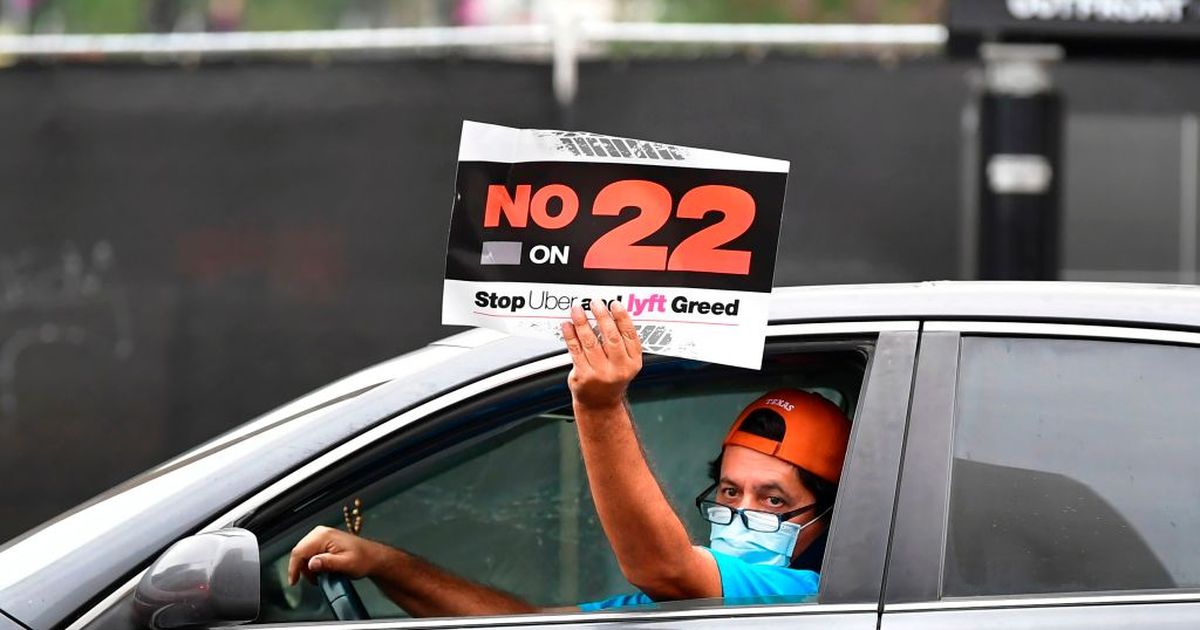 58 percent of California voters cast their ballot for Proposition 22, meaning ride-hailing companies’ drivers in the state will continue to be classified as independent contractors instead of employees. It’s a significant win for Uber and Lyft, and a significant loss for drivers.

Backed by Uber and Lyft, Prop. 22 classifies drivers for app-based transport and delivery companies as independent contractors, rendering them ineligible for employee benefits such as healthcare, paid sick leave, and a minimum wage. This proposition was an effort to circumvent Assembly Bill 5, a California worker classification law which categorised gig drivers and couriers as employees.

Uber and Lyft had been fighting AB 5 since it went into effect in January 2020, arguing that treating their drivers as employees would cause prices to rise and undermine worker flexibility. They also threatened to pull out of California if made to give their drivers employee benefits.

“Prop. 22… is nothing more than an attempt to deny workers access to the employee rights and benefits,” said Gig Workers Rising.

“These companies have never pulled out of a market as large as California before, even when cities across the world have sought to ensure they comply with local labor laws. It’s important drivers and riders don’t get distracted by Uber & Lyft fear-mongering.”

Last month, a California appeals court affirmed a ruling that gig drivers are employees, and must be given the benefits associated with this position. Sadly, it seems this has already been undermined.

Mashable has reached out to Uber, Lyft, and Gig Workers Rising for comment.

The best on-ear headphones from all the top brands