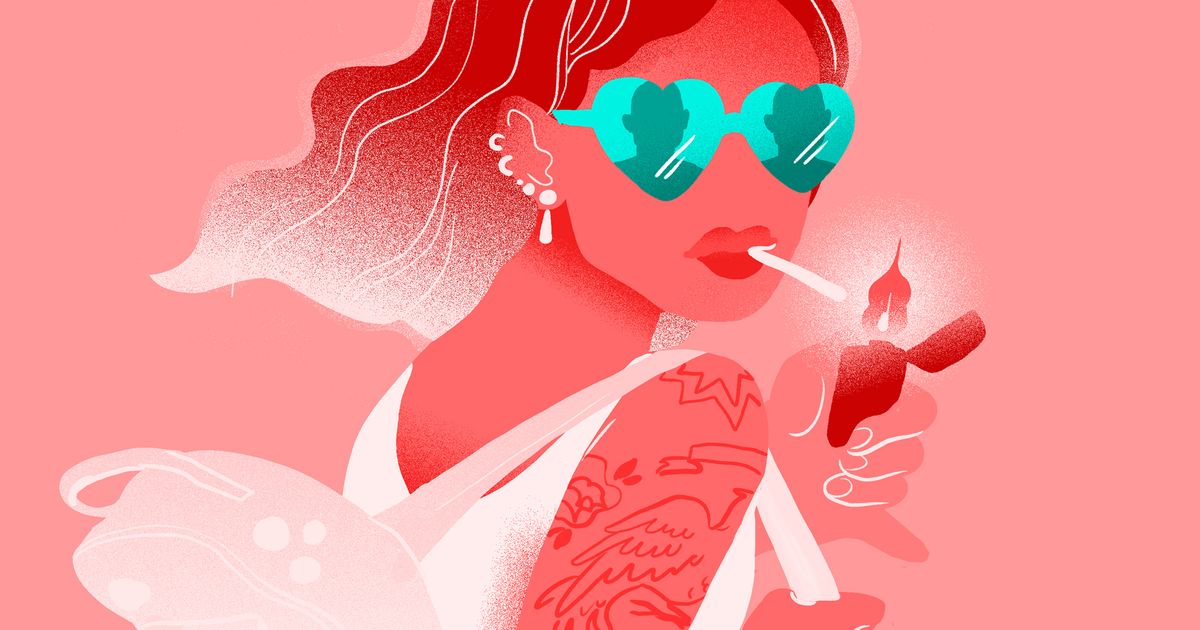 There’s one piece of dating advice that I never want to hear ever again: “If he wanted to, he would.”

It’s that statement, uttered in a matter-of-fact tone with a shrug, that’s all over TikTok at present. And hearing it as I swipe through my For You Page makes me want to hurl my phone out of the nearest window.

Don’t get me wrong, there’s definitely a lot of truth to that line. And I’m in no doubt that the intentions behind imparting this nugget of advice are honourable. But, my question is: is it actually helpful? And is it always so simple?

We’ve all had moments where we needed a cold hard dose of reality to help us move on from someone who wasn’t matching our energy, and wasn’t treating us the way we’d like to be treated. When it comes to situations like that, this kind of dating advice can be helpful, if delivered in the right way. But there are also times when someone you really like or love pulls away from you and the last thing you need to hear is that it’s because they didn’t feel any desire to pursue you. Talk about rubbing salt in the wound.

Though there’s a lot to be said for telling a friend when they need to ditch someone who’s treating them like an option rather than a priority, the “if he wanted to” line lacks nuance and generalises greatly.

If one more person on tik tok comments, “IF HE WANTED TO HE WOULD” im gonna kick a window like damn yall hear a phrase and run it into the ground

From my own perspective, there have been times in my life when I wanted to reach out to someone I was dating but didn’t. Those reasons were: having feelings for someone else, not feeling ready to move on, recognising I have some work to do on myself before getting in to something, not wanting a relationship at that moment in time, and a fear of being rejected.

I was thinking about my behaviour from a few years ago. I was trying to move on from a relationship that had long ended. I was struggling to shake off the feelings I had for the person and I thought that meeting someone new would make any love for him evaporate instantly. Naive, I know, but we live and learn. I opened Bumble and arranged back-to-back dates over consecutive nights. Amid a few rather laughably bad dates, there was one gem. The guy was kind, funny, smart, handsome, he had a cool job, and, crucially, he liked me. On our first date, we realised we’d both gone to the same school and had grown up near one another. It felt too good to be true. At one point in the date, he asked me if I wanted to go get something to eat, I felt a tug inside me that told me to leave, that I was getting too close to someone new. While getting ready for our second date, I had a panic attack because I was afraid he would try to kiss me. At this moment, I knew I wasn’t ready for any of this. After the second date, we mutually agreed to call it quits because there didn’t seem to be anything beyond friendship between us.

You can like someone but not be in the right headspace to pursue anything with them.

We talk so often of “wanting” when it comes to our romantic and sexual lives as if wanting and not wanting are a binary. We forget that these wants are often tangled up with a lot of other stuff, like attachment issues, loneliness, societal pressures to couple up, and myriad other things. You can like someone but not be in the right headspace to pursue anything with them.

TikTok user @BinchCity addressed this dating advice, which seems to be all over dating TikTok at the moment. In the video, @BinchCity said the line is “really unnecessarily mean and makes people feel like they’re not being treated well because someone just doesn’t like them enough.”

“Somebody can like you and care about you and still be unwilling and incapable of doing the work that they need to do in order to actually be with you and it has nothing to do with you,” she added. “It’s all about them.”

This last sentence could not be more true. It’s about them! The amount of times I have talked to my therapist about the way it makes me feel when a potential romantic partner is making me feel rejected. Because I have a rejection complex and attachment issues, I automatically interpret someone pulling away as a direct commentary on my own worth. Every single time this happens, my therapist will tell me, “This is about him, not you.” I still have some work to do to ensure my own self-worth isn’t wrapped up in validation from others, but I return to this line as if it were an affirmation. It’s not you, it’s them.

Relationship expert James Preece, aka The Dating Guru, said it’s important to remember that sometimes life gets in the way for people. “We are all becoming much more susceptible to stress and burn out, meaning our focus can be on other things,” said Preece. “Phone batteries can die, work can pile up and family members can genuinely become sick. It has nothing to do with you.”

Granted, it takes a few seconds to send a text. But again, it’s not always as simple as that. “Quite often singles always want to play it cool,” said Preece. “They know that if they show they are too keen they might end up getting rejected. So, they hold back and try to act being disinterested instead.

“Of course, there will also be times when they aren’t interested,” Preece caveated. “Look for patterns. Once or twice is normal but it in carries on it’s better to find a partner who makes time for you and looks forward to seeing you.”

Whatever it is that’s holding them back right now, that’s on them, not you.

eharmony’s relationship expert Rachael Lloyd agreed that this TikTok-popular line doesn’t capture the full picture. “What is problematic about the line “if he wanted to, he would” is that it generalises problems within relationships and it can also be applied the other way ’round,” said Lloyd. “There could be a genuinely benign reason behind why a man isn’t putting enough energy into the relationship which could come down to self-confidence, not knowing how to approach the situation or not wanting to appear eager.”

Lloyd advised talking to the person in question to find out if there’s a genuine reason standing in the way of them giving 100 percent to the relationship, talking stage, situationship, or however you define what’s going on. Of course, that might not always feel like an option, particularly if it’s early days. But if you’re feeling up to it, asking the question might give you the clarity you need.

Dating is hard, and it can be very easy to take other people’s confusing behaviour very personally. If someone isn’t showing up in the way you’d like them to, remind yourself how amazing you are, how lucky that person was to be liked by you. Whatever it is that’s holding them back right now, that’s on them, not you. Thank u, next.

Harry Styles and Shania Twain belt out ‘Man! I Feel like a Woman!’ at Coachella How to Get Hot Legs Fast