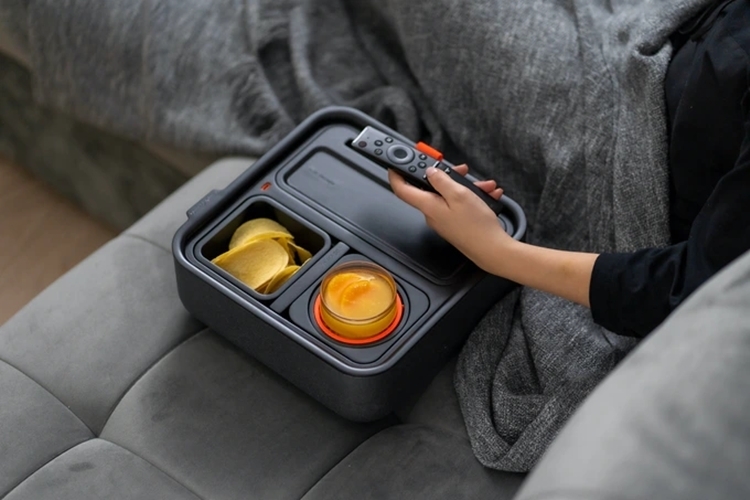 There’s a simple reason why the remote frequently ends up behind the cushions of the couch – there’s no proper place on the couch for you to lay it on, so you end up placing it on a random section, where it slowly slides into the back and eventually slips between the cracks. It’s an everyday thing. The Couch Console wants to change that by giving you a tray for the couch where you can lay down the remote and a host of other stuff you might want to keep on hand.

A boxy tray with modular organizers, it’s designed to set down on the couch in a stable manner, giving you a convenient place to stash remotes, phones, controllers, and other devices. More than the array of electronics you keep nearby when you’re binge-watching, though, it also comes with facilities for holding a drink and even some snacks, making it an indispensable addition to anyone spending the next couple of hours plopped down on the living room couch. 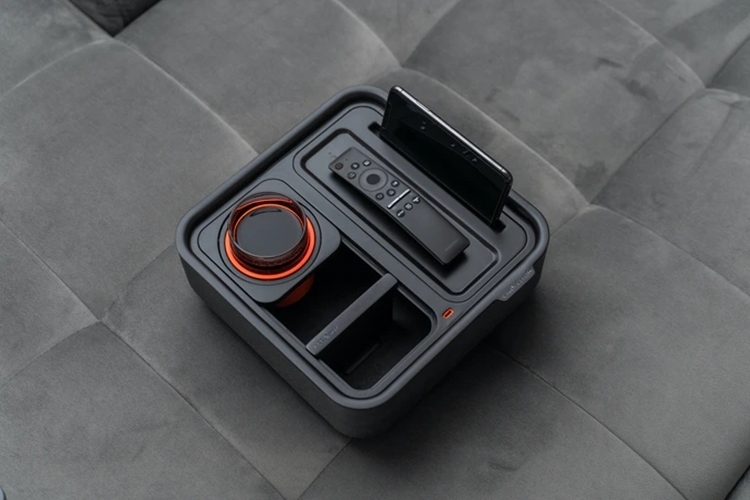 The Couch Console measures 10.5 x 10.5 x 4 inches (width x depth x height), with an interior section that’s divided into two equal compartments. It can be used on its own, with the two compartments serving as functional trays for holding different objects, although they also included modular components to better organize the stuff you put inside. The main module, called the “organizer,” takes up only the upper section of one of the compartments, allowing you to use the space under it as open storage. That module comes with  a cutout slot for holding your phone and a recessed section for the remote on top, giving you a designated space for two of the most common electronics people frequently lose behind the couch. 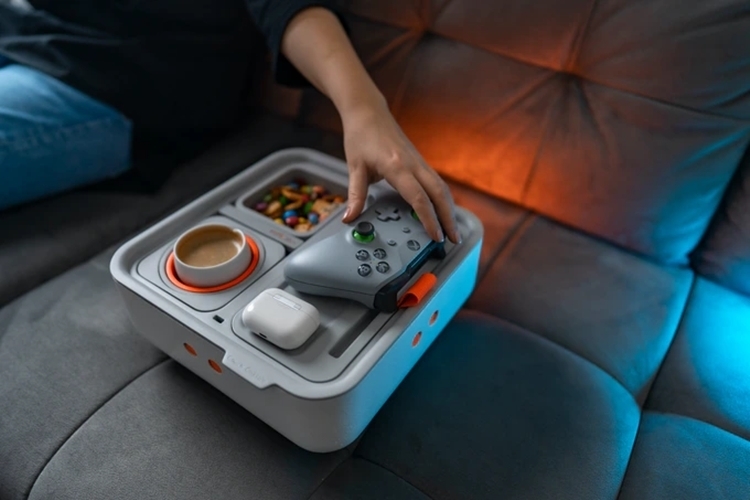 There’s also a cup that you can use to hold a small amount of snacks, as well as a cup holder that’s sized to hold all normal-sized glasses, bottles, and beverages cans. The cup holder, by the way, has a self-balancing component that adjusts the angle of the drink based on the angle of the tray, so even if the tray tilts, the drink will stay perfectly upright and prevent any spills. There’s also a spacer module that you can use to divide on of the compartments according to your liking for even more customization options. 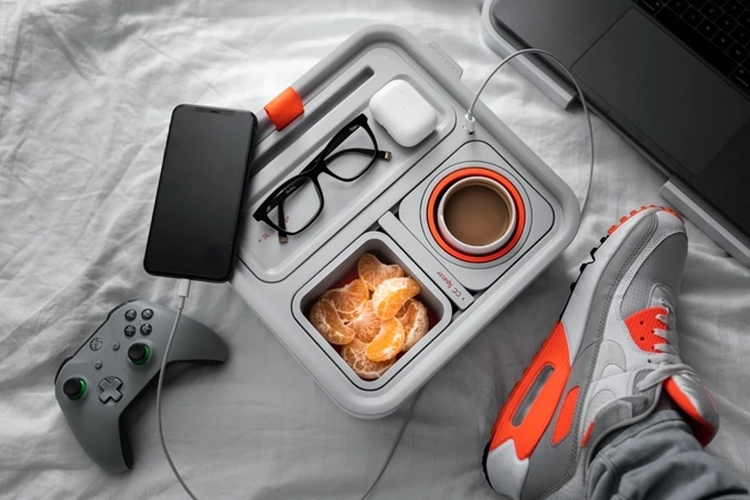 The Couch Console also has a USB-C slot on top of the tray, which is connected to a plug inside the tray, allowing you to keep a power bank in there for charging phones, controllers, and whatever electronics you suddenly find the need to recharge without getting up from the couch. According to the outfit, they also added a counterweight at the bottom of the box, so it should be able to stay stable for the most part even when you move around on the couch. And yes, this should work just as well for the bed, too, in case you prefer to do your binge-watching and gaming from the comfort and privacy of your bedroom.

A Kickstarter campaign is currently running for the Couch Console. You can reserve a unit for pledges starting at $89.

All the best VPNs for your Android device

Access American Netflix from all over the world with ExpressVPN