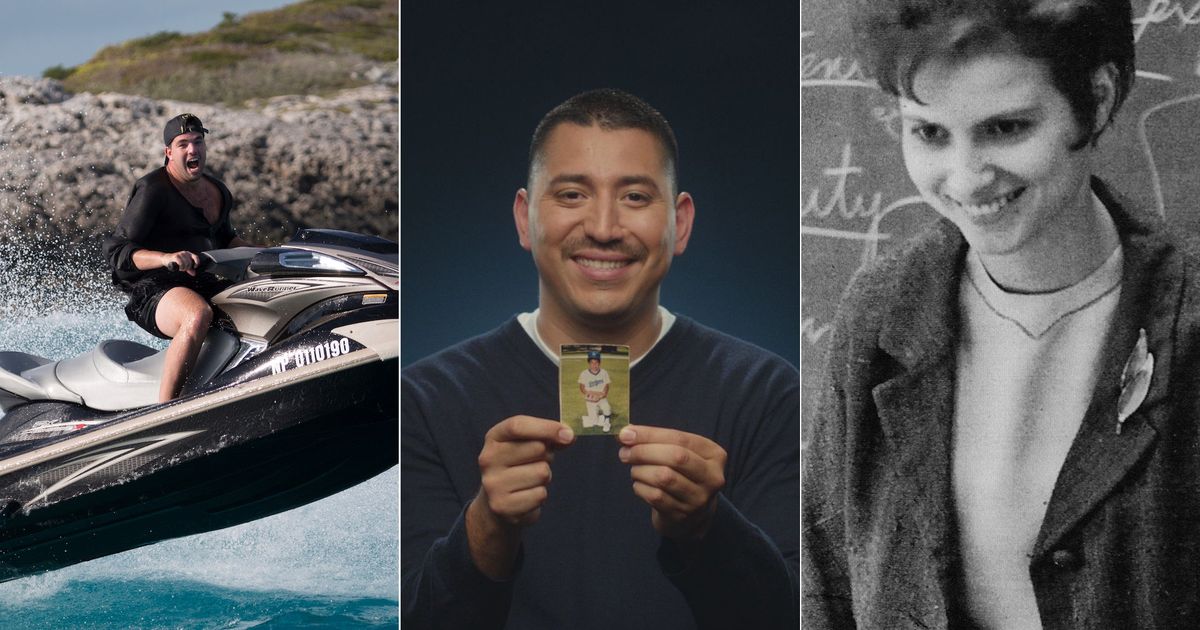 True-crime is so much more than stories of serial killers and grisly murders. Within this realm, dedicated documentarians are able to explore not only the darkest recesses of human experience, but also the curious corners of sensational crimes, and the fascinating frankness of curious characters, who shock us, scorch us with horror, or fill us with hope.

Whether you’re looking for stories of dangerous deceivers, spirited survivors, quirky con men, or a notorious Polka King, we’ve got you covered.

Here are the top true-crime docs on Netflix streaming now.

It was the cheese sandwich seen ’round the world, and the beginning of the end of aspiring impresario’s Billy McFarland’s biggest scheme. If you believed the sponsored content posted by celebs on Instagram, the first Fyre Festival was poised to be a party paradise, full of kick-ass music, haute cuisine, and bikini-clad models frolicking on gorgeous beaches. Then guests, who shelled out big bucks for an island oasis vacation, arrived to find rusty buses and urine-soaked tents. The backlash and schadenfreude came fast and hilarious. Director Chris Smith takes audiences behind the scenes of this fraud-filled festival, speaking not only to the stiffed guests but also to the former McFarland employees, who smelled smoke but couldn’t stop the Fyre.

2. The Man Who Would Be Polka King

You might not think that white-collar crimes make for entertaining narratives. Well, then you don’t know the outrageous story of self-proclaimed Polka King and Ponzi schemer Jan Lewan. This eccentric Polish-American bandleader was beloved by the Pennsylvanian community, where he toured, sold stakes in his polka empire, and boasted a close personal friendship with the Pope! Then, a local beauty pageant exposed his dirty dealings. From the perch of a cozy local pub, documentarians Joshua Brown and John Mikulak chart the rise and fall of the charismatic con man, interviewing friends, victims, and fans, who still marvel over his deception and hubris. For a wild — and highly recommended — DIY double-feature, pair this doc with the crime comedy it inspired, The Polka King, in which Jack Black plays the man himself.

Seeking a true-crime tale that’s stranger than fiction? Then you’ll love every moment of this deranged yet oddly delightful doc. It kicks off with a Russian mobster known as Tarzan and climaxes with a shady deal to sell a Soviet submarine to a Colombian drug cartel to ship cocaine to the U.S. The story on its own is wild enough to make Tiller Russell’s true-crime trip worth the watch. However, the true treasure here is Tarzan and his cohorts, who offer interviews that are not only astoundingly frank about their criminal endeavors, but also full of panache. Whether they’re detailing arson hits, racy strip club acts, or how they conned a bunch of Soviets by pretending to be Pablo Escobar, they do so with a mischievous grin, a flair for storytelling, and a sailor’s tongue that’ll leave you drop-jawed and howling with laughter.

When Juan Catalan was hauled into a Los Angeles police station, he had no idea why the detectives were asking about his whereabouts on May 12, 2003. He had no idea that a 16-year-old girl had been murdered in cold blood, and he was the prime suspect. And he definitely had no idea how this ferocious frame job by the cops would be thwarted by a Dodgers game and a Curb Your Enthusiasm twist. Now, we’re not saying a twist that’s funny in a sardonic way: Literally, Larry David appears in this Jacob LaMendola-directed doc. In an inexplicable interview, the comedy icon reflects on the time a random twist of fate led to his saving an innocent man from death row. Short, stunning, and ultimately heartwarming, this Netflix doc is a must-see for true-crime fans — and Dodgers fans for that matter!

You might think you know the story of Amanda Knox, the so-called “Angel Face” killer. In 2007, her roommate was found viciously murdered in their flat in Perugia, Italy; Knox was instantly eyed as the prime suspect. The Italian tabloids were ravenous, fawning over her beauty while condemning the all-American college student as heartless demon who dared to kiss and cartwheel while her friend lay dead. For nearly a decade, Knox proclaimed her innocence, enduring three trials before ultimately earning her exoneration. Finally free, she shares her story in this doc from Rod Blackhurst and Brian McGinn. Her reflections are riveting, full of righteous rage and insight. Yet the doc’s most shocking moments come from those who gleefully defamed her, caring more about splashy headlines than the cause of justice. Simply put, this investigation is spine-tingling in ways you might not expect.

Ever have that itchy suspicion you’re being watched? If so, Myles Kane and Josh Koury’s doc about a proud Peeping Tom will chill you to the bone. The story begins in the 1980s, when esteemed journalist Gay Talese got a curious letter from a motel owner out of Colorado. Through a correspondence that lasted decades, Gerald Foos confessed to a barrage of unsettling crimes, including spying on his guests during intimate moments, robbing them blind, then staying mum about a murder he’d witnessed. So why tell Talese? This mind-bending doc digs into this, untangling a twisted web of lies that call into question this odd friendship and the obsession that sparked it. Fascinating and infuriating, this is a different kind of true-crime tale that is no less unnerving.

If you watch a lot of crime procedurals, you know that some evidence is iron-clad, like video footage, DNA, blood spatter, and the howl of a cadaver dog. Throw the book at ’em, case closed. But what if it’s not that simple? Over the course of four short yet insightful episodes, documentarian Kelly Loudenberg explores cases of robbery, assault, child abduction, and murder to reveal the shortcomings of so-called iron-clad evidence. Like her other Netflix series, The Confession Tapes, Exhibit A urges true-crime fans to question our assumptions by presenting incredible stories that expand our understanding of forensic science and reasonable doubt.

This seven-episode miniseries explores an unholy cold case and the dark secrets buried with it. In 1970, a nun named Catherine Cesnik was found murdered near a Baltimore dumpsite. Decades later, her students reunite in a quest to find justice for this compassionate nun. In their search, they expose allegations of sexual abuse against a powerful local priest, whom they suspect may have been Sister Cathy’s killer. While this docuseries delves into disturbing content including descriptions of child abuse, director Ryan White doesn’t gawk. Instead, he gives the survivors room to tell their stories, and offers advocates/amateur detectives the space needed to lay out their case. These women are full of verve and resilience that is astonishing and inspiring. The result is a riveting series that is heart-wrenching yet deeply humane.

You might recognize Jan Broberg as from the TV drama Everwood. However, long before she was an actress, she was an outgoing little girl whose world was turned upside down by a manipulative predator. To warn others about the signs of grooming and abuse, she, her parents, and siblings share their soul-shaking story in Skye Borgman’s devastating doc. In separate and stunning interviews, they reveal how one wicked man exploited bonds of faith, friendship, and loyalty to abduct and molest a girl, who went along because she was brainwashed into thinking it a necessary sacrifice. Not for the faint of heart, Abducted in Plain Sight unveils horrid details, but never loses touch with the humanity of a family who survived this nightmare together.

10. American Murder: The Family Next Door

The Watts family became national news when mom Shanann went missing along with her two young daughters. Suspicions fast fell on her husband, Chris, but few could predict what horrors he’d unfold under police interrogation. When the grisly details emerged, so did debate over the Watts’ troubled marriage, and who was to blame for the bloodshed that followed. Documentarian Jenny Popplewell takes a distinctive approach to exploring this much-discussed case. Instead of relying on talking head interviews from experts and witnesses, she lets audiences see for themselves every step of the investigation through home movies, security footage, police body cams, and interrogation room recordings. She also enables Shanann to speak beyond the grave by revealing her Facebook posts as well as texts and e-mails, in which she frequently lamented about her husband’s coldness. This grim story is respectfully told, humanizing the victim and avoiding graphic footage of the crime scene. All the same, the content may be too much for some viewers to stomach.

How to introduce sex toys into your relationship

Unlock your favourite streaming sites with a subscription to Surfshark