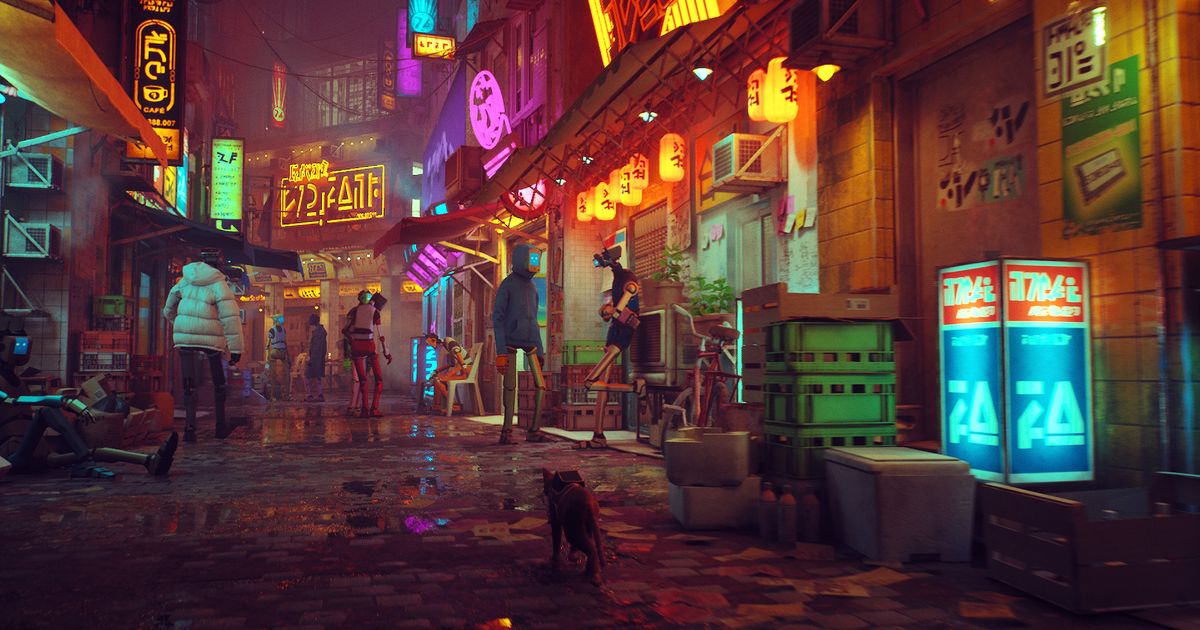 The hell-year of 2020 actually did have one shimmery silver lining: great games.

We might have been stuck inside coping with the stress and worry of a global pandemic, but at least we had welcome diversions with great new video games dropping almost every month. And now that 2020’s almost in the rearview, it’s time to start thinking about what’s next.

What is next, you ask? More great games.

The 2021 lineup is already looking stacked, with some serious heavy-hitters arriving in January and February and plenty more to follow in subsequent months. There’s sure to be even more as winter, spring, and summer give way to additional announcements. But here’s what we’re most looking forward to playing right now as a new year dawns. (In alphabetical order. There’s no playing favorites with games no one has played.)

Set in a cyberpunk, sci-fi world beset by hypercapitalism, The Ascent looks like a refreshing take on the hack-and-slash/dungeon crawler genre with its neon lights, futuristic cityscapes, and gun combat. With the option to play either solo or co-op, The Ascent has players blasting their way through a world where the corporation that owned absolutely everything has just collapsed, and it’s up to you to survive, thrive, and figure out what happened.

The Ascent is coming to Xbox consoles and Steam.

From the studio that brought us the Dishonored series and 2017’s Prey comes Deathloop, a time-twisting game of creative murder with a pulpy, colorful look. You play as an assassin tasked with taking out eight targets in a single night as they attend a party on a remote island. There’s just one catch: The day of the party is stuck in a seemingly eternal time loop that only you know about (apparently).

So you enter each new day armed with more info about your targets’ movements and behaviors than you had before. That premise, along with an additional multiplayer mode that sees one player defending the timeline while the other disrupts it, means there’s a lot to like about this Bethesda Softworks-published action-stealth game.

Quite possibly the cutest game coming in 2021, Garden Story puts players in the shoes of Concord, a delightful little grape hero who has been selected to rebuild a village inhabited by equally delightful characters, go off on little adventures, fight against the incoming Rot, make new friends, and craft items to progress through the world.

Garden Story is coming to Nintendo Switch and Steam.

At long last the Dark Knight returns to video games. Sort of. In Gotham Knights, Batman is apparently dead when the story opens, as is Jim Gordon. The city’s police department is a snake’s den of corruption, and so it falls to the Bat’s crime-fighting colleagues — Batgirl, Nightwing, Robin, and Red Hood — to pick up the slack.

This game for one or two players is a little bit Arkham-style action/stealth, a little bit loot-driven role-playing game. It looks to mark a new direction for Batman games, but one that fans should find appealing, with its clear inspirations in the Arkham series and a story dealing with the Court of Owls.

Gotham Knights is coming to PlayStation consoles, Xbox consoles, and PC sometime in 2021.

The Hitman series delivers the best murder mousetraps in video games, and developer IO Interactive has really been on a tear since 2016’s series reboot. Hitman III follows both that and the 2018 sequel,  introducing a whole new set of environments for you to plan and stage elaborate assassinations in the midst of Agent 47’s still-unfolding story.

With the added ability to import all the levels from the previous games plus the addition of virtual reality support, Hitman III looks to build on the successes of the past four years while giving fans exactly what they love.

Taking a cue from strategy titans like Civilization, Humankind sets players up near the dawn of humanity and tasks them with developing their people and uniquely made civilization into peak form, whatever that may be in your eyes. By building up cities, expanding knowledge, engaging in battles, and making tough decisions, players vie to achieve success by growing their people and making themselves the most famous person in history.

Humankind is coming to Steam, the Epic Games Store, and Stadia on April 22, 2021

If you came out of 2020 wishing for a better cyberpunk game, Stray might be the answer. Set in a futuristic, neon-lit city seemingly populated entirely by spindly robots, you play as a cat looking to find a way home. Honestly, not a ton is known about this one at the moment. But with Annapurna Interactive publishing and the basic premise summing up as “cyberpunk cat simulator,” there’s already an awful lot to like.

Stray is coming to Steam and PlayStation 5 sometime in 2021.

Everyone’s favorite adventuring duo is back in a new, dimension-hopping game. Ratchet and Clank: Rift Apart sees the titular heroes jumping through interdimensional portals, seeing all manner of creatures and environments, collecting and upgrading all kinds of weapons and gadgets, and even meeting a new Ratchet-like character, all in gorgeous 4K.

It’s just one of a few exciting games planned to round out the new PlayStation 5’s library. We’ve seen teases for a new God of War game and a trailer for Horizon Forbidden West, two installments in big, adventure-y series that are a bit more serious than the humorous and joyfully colorful Ratchet and Clank.

Ratchet and Clank: Rift Apart is coming to PlayStation 5.

The ever-terrifying Resident Evil series returns with Resident Evil Village, the eighth main entry in the series. Following the downright nasty events of Resident Evil 7, Village unfolds in a wintery village where tales of werewolves and other monsters don’t seem to be relegated to folklore. They’re real, and players will be taking control of both Ethan Winters of RE7 and series mainstay Chris Redfield to take on these threats and get to the bottom of what exactly is going on. Another corporate experiment gone wrong? That’s a pretty safe guess.

12 Minutes is a murder mystery that boasts star power and time travel, and Stanley Kubrick is a named inspiration. What’s not to like?

The whole thing unfolds inside a single apartment, with the story revolving around the husband (James McAvoy) and wife (Daisy Ridley) who live there, and the cop (Willem Dafoe) who barges in and shatters their existence. You have a 12-minute window to figure out what’s going on and prevent a bloody outcome. Fail, and the timeline resets.

12 Minutes is coming to Xbox consoles and Steam sometime in 2021.

This bonkers NFL play has it all: All-caps hype, a broken record, shrieking commentary

15 IT, cybersecurity, and engineering course bundles on sale this weekend