Since stay-at-home orders began in late March, retailers and toy companies — particularly those selling internet-connected sextech like We-Vibe, Ohmibod, and Satisfyer — reported skyrocketing numbers, with toys flying off virtual shelves. Faced with indefinite alone time and the risks of pandemic dating, folks rushed to do the responsible thing by turning to self-pleasure, with a particular focus on toys boasting high-tech features like virtual sex with long-distance partners. The explosion of sextech during the pandemic is undeniable, with tech market forecaster Juniper Research predicting that the already multi-billion-dollar industry would see an accelerated 87 percent spike in global adoption of these digital-savvy pleasure devices in 2020.

That being said, on an anecdotal level, it’s not hard to imagine why lots of folks weren’t feeling especially horned up in the final months of 2020.

A few commonalities emerged in participants’ self-reported reasons for why they’d experienced decreases or increases in libido during the pandemic.

Those who reported less sexual interest and activity (whether partnered or solo) pointed to struggles with self-care, with one quoted participant saying:

“I did purchase several new toys this year however I think overall I masturbated less. I don’t know what maybe it was cause my sleep schedule was off some months then my depression kicked up a little and I just wasn’t interested.”

Others spoke to the impacts of anxiety and stress, less time for privacy due to family members or roommates being home all the time, decreases in self-esteem and feeling less attractive (one surveyor said pandemic-related weight gain inhibited their sex drive), or loss of a loved one.

What both the survey and physiological data really reveal, though, is just how normal it was for folks to have polar opposite sexual responses to the collective traumas of the pandemic.

The more granular physiological user data paints an even more complex picture of the unexpected ways COVID-19 changed their sex lives and pleasure experiences, though.

For example, the average duration of sessions with the Lioness decreased by 20 seconds between February 2020 and April 2020 (so, in other words, the period when many of us were adjusting from the before-times and into pandemic life). Meanwhile, sessions increased by 30 seconds between July 2020 and November 2020 (which correspond to U. S. COVID spikes).

The best judge for whether users enjoyed themselves less or more during these sessions comes down to the person’s own subjective experience. Since Lioness allows users to rate each of their sessions on a scale of 1 to 5, the study reports that the common session score went up from 4/5 in 2019, to a perfect 5/5 in 2020.

So, it’s safe to say that, while users may have masturbated less overall, when they did get off the results appear to have delivered above-average satisfaction.

The Lioness COVID study is first-of-its-kind sex research, with Lioness describing it as the “type of data and techniques mid-20th century researchers like Masters and Johnson dreamed of having.” Unlike all other sex research gathered in a lab setting, the kind of data the Lioness platform can gather meets subjects in the natural habitat of their own bedrooms, Klinger said. But the study also makes clear that, “This is an exploratory study with retrospective data — which can’t prove causality.”

There’s a lot of variables and unknowns that call the scientific rigor of this type of study into question. For example, because the data is anonymized to protect user privacy, researchers cannot know key information about participants like gender, age, race, or socioeconomic background. Without that, one cannot claim the study is at all representative of the larger population. It’s reflective only of this subset of people who own a Lioness.

This exploratory study should be seen as a flawed but intriguing real-time snapshot of an extraordinary moment in human sexuality.

At the same time, Klinger also questioned whether the same can’t be said for a lot of sex research done in labs, which often disproportionately rely on college students as subjects — specifically, college students who are comfortable performing sex acts in a clinical setting while researchers observe.

What this exploratory study should be seen as is a flawed but intriguing real-time snapshot of an extraordinary moment in human sexuality — nothing more and nothing less.

As with everything related to COVID, it will be years before we can claim anything definitive about the pandemic’s effects on us. At the same time, what this Lioness data does validate is that, no matter how the pandemic impacted your libido — whether it turned you into a sex hermit or a sex monster or anything in between — all of it is totally normal.

That’s what Klinger believes is one of the benefits for users who opt into the research platform. “It’s beneficial to the researchers for data, but it’s also a way for users to learn more about themselves by participating and seeing some of the results from the findings.”

WATCH: How to clean your sex toys 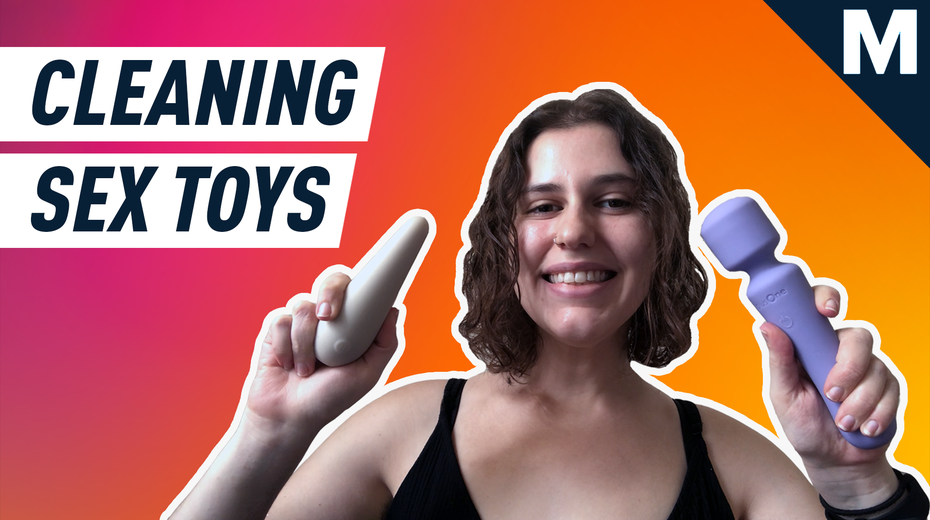 For those who own Lionesses, you can sign up to participate in current and future research studies through the platform. Klinger said her team is also working on ways to make the $200 devices more accessible, through potential grants — though getting a sex toy qualified as a medical device presents its own set of problems. If you’re interested, you may want to wait to get the second generation of the Lioness, which is supposed to come out soon.

We’ve been in isolation for so long that it’s a comfort to just to be reminded that none of us are alone in our reactions to these unprecedented circumstances. You’re not a sex freak or sexually broken after all, and Lioness has got the data to prove it.

What’s inarguable is that COVID-19 changed a lot of people’s sex lives. And it’s OK to take your time in understanding how or why.