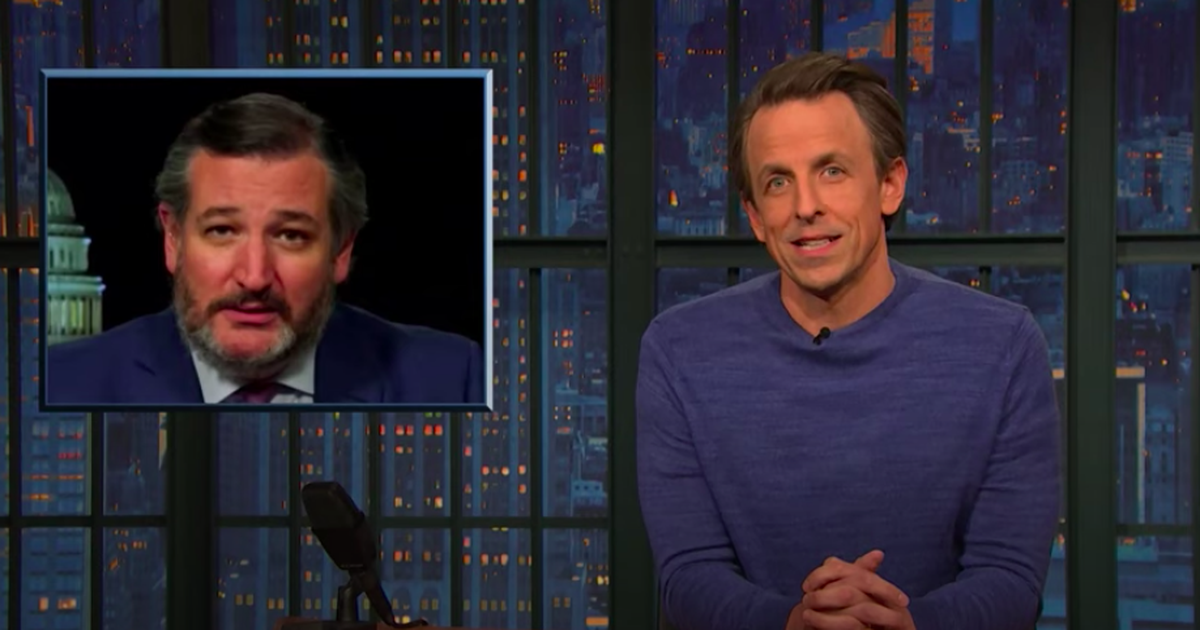 A week into the Biden administration and just three weeks out from a mob attack on the Capitol incited by the last President and his supporters, Late Night host Seth Meyers used his “Closer Look” segment to issue a challenge to Republicans still standing behind Donald Trump: Just admit you’re actually chill about the whole insurrection thing.

“It’s hard at this point to reach any conclusion other than that the Republican Party is fine with what Trump did, and they’d be fine with it if he did it again — or even if he did something worse,” Meyers said on Wednesday night. “It’s a party that is radicalized against democracy in favor of authoritarianism. There is nothing, nothing Trump could do to antagonize them — not because they’re cowards, although they are, but because they agree with him.”

“At some point, we just have to accept that the reason they don’t want to convict Trump for inciting an insurrection to overthrow democracy is they don’t care that he incited an insurrection to overthrow democracy, and they wouldn’t care if he tried it again,” Meyers reiterated, noting that all but five of the 50 Senate Republicans voted to dismiss the second impeachment trial. “Instead, they’re once again framing Trump as the victim and casting the Democrats’ calls for accountability as a demand for vengeance.”

“Just be honest, and say you’re fine with what Trump did, and you’d be fine with him doing it again. It would be heinous and evil, but it would at least make this whole debate much easier. Then we wouldn’t have to listen to your excuses anymore. I mean, you know what you are. We know what you are. Who are we pretending for — the kids?”

The bizarre story behind those ‘Amazon ambassadors’ on Twitter How to Start a Church