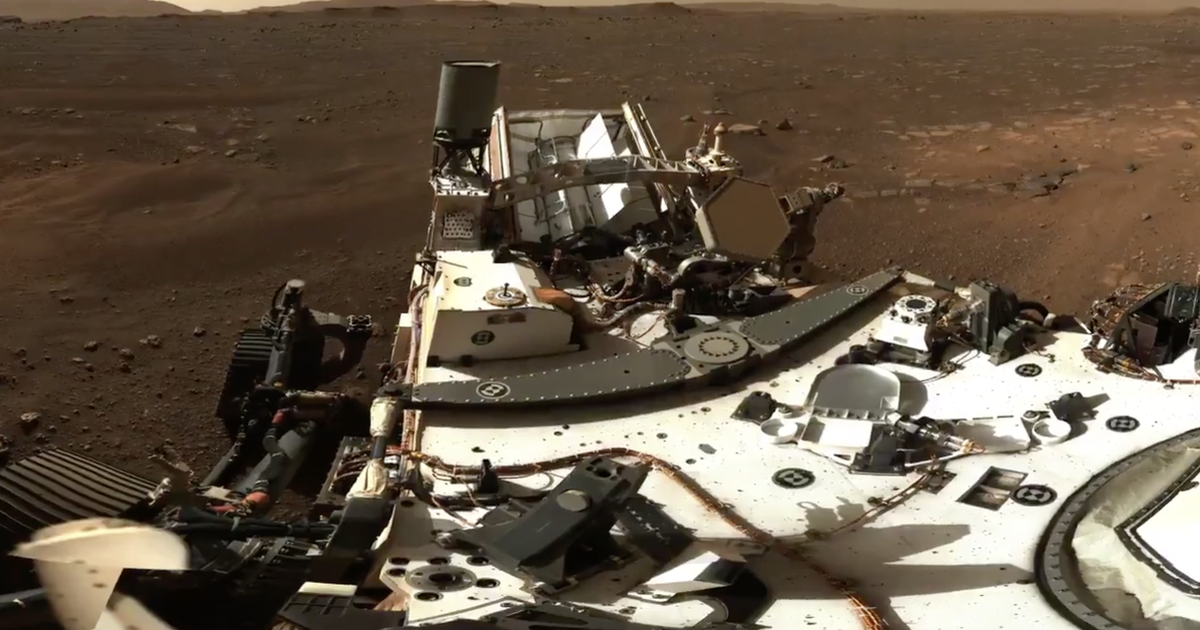 In 1972, astronaut Charles Duke left a family portrait on the moon. Now, almost 50 years later, another NASA employee keeps its own family close.

The Perseverance rover made its monumental landing on Mars on Feb. 18 and it has already sent thousands of raw images back to Earth. Hidden in photos of the rover itself is a “bumper sticker” with icons of NASA’s previous Mars rover missions, Space pointed out.

The rovers are lined up in chronological order: Sojourner, 1997; Spirit and Opportunity, 2004; Curiosity, 2012; Perseverance, 2021; and the Ingenuity helicopter, which rode along with Perseverance. NASA tweeted out a video detailing the “family portrait” plaque:

Dr. Moogega Cooper, planetary protection engineer for NASA’s Jet Propulsion Laboratory, also shared a photo of the plaque before it was affixed to Perseverance:

Now that it’s out, here is a photo of the family portrait just before it was bolted on! (For those wondering if it was biologically clean, yes… yes it was!). #Mars2020 pic.twitter.com/GSTfA896tQ

In the short time that it’s been on Mars, Perseverance has not only provided a 360-view of the red planet, but it’s also recorded first-ever audio. Soon, Perseverance will start looking for ancient life. Already making its family proud!

How to use AirDrop (it’s really easy)

All the best dating sites for finding a serious relationship