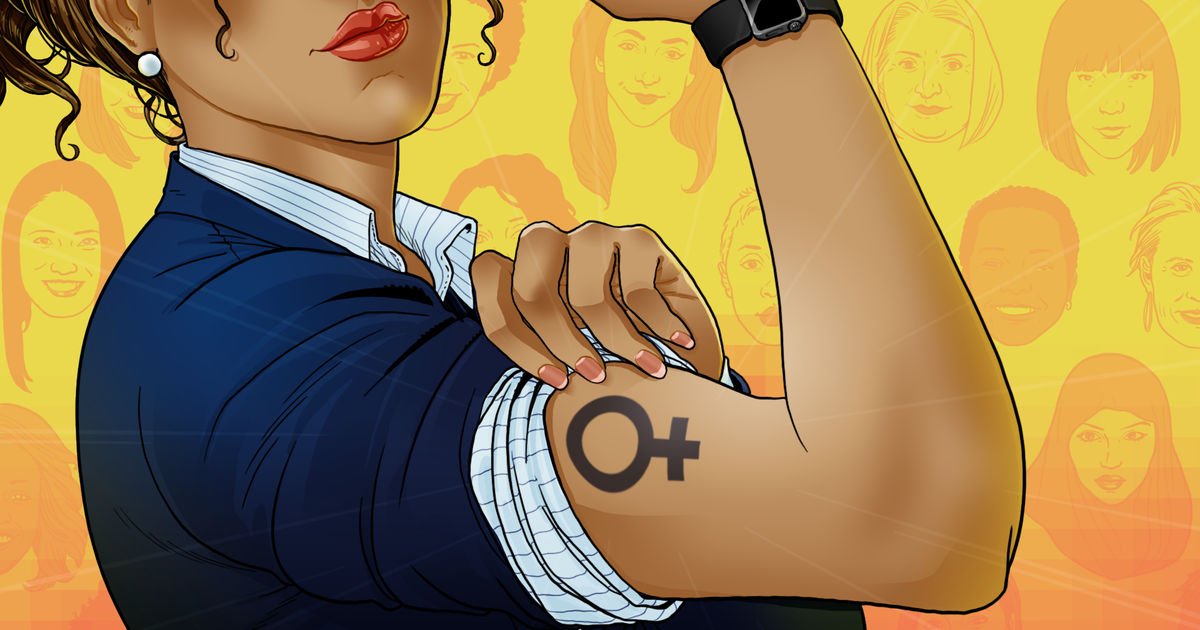 While you’re probably still stuck at home due to COVID-19, this doesn’t mean you can’t celebrate Women’s History Month by learning about women’s past and contemporary achievements in America and beyond.

For too long, women’s stories and contributions have been left out of our national narrative, says Jennifer Herrera, vice president of external affairs at the National Women’s History Museum.

“History is only as complete as the stories we teach, share, and learn. Women’s history is exciting and inspiring and empowering, and by including women’s voices and women’s stories, we’re telling a more inclusive, representative, and accurate history,” she says.

Check out the below free online selections and add to your knowledge of how women have shaped the world.

Feeling as if Washington D.C.’s museums ignored women’s history, Karen Staser founded the National Women’s History Museum in 1996. As an entirely online museum (though, it’s working to open a physical location in D.C. in 2022), it’s well poised to boost your knowledge about women who contributed to history from afar.

Its collection of online exhibits explore themes within women’s history. It also profiles some of the women included within its biographies but includes more visual elements like photos and drawings. You can learn the names and stories of women who were an integral part of NASA, sympathize with the struggles Latina and Hispanic suffragists endured, or delve into the fascinating life of abolitionist Harriet Tubman. And that’s only a taste of what’s available.

You also don’t have to learn alone. Tune into the museum’s Sundays@Home programming, which launched in October 2020 and offers education about trailblazing women throughout history and on topics such as women who ran for president. It provides this live virtual programming on women’s history through panel discussions, author talks,  walk-throughs of online exhibits, and more on select Sundays. Participants must register and each event is capped at 500 registrants. You can also view past events on the Sundays@Home webpage.

The National Women’s History Alliance pointed Mashable toward 26 animated documentary shorts, known collectively as UNLADYLIKE2020. Narrated by The Good Wife actress Julianna Margulies and Lorraine Toussaint from Orange is the New Black, each features a pivotal woman in history and engages readers with its brilliant art, upbeat music, expert interviews, and vivid details.

Learn about Louise Arner Boyd, the first woman to lead scientific expeditions in the Arctic. Or listen to gender non-conforming Gladys Bentley, who sang the blues and played the piano during the Harlem Renaissance. Or cheer on Gertrude Ederle as you watch her become the first woman to swim the English Channel. She inspired more than 60,000 women in the U.S. to earn Red Cross swimming certificates in the 1920s, a time when most Americans had never swum before.

Documentary filmmaker Charlotte Mangin created the series because she wanted to share the stories of trailblazing, but relatively unknown women, in time for the centennial anniversary of women’s suffrage in 2020. She told Mashable that through the series, she hopes to highlight women who were often the first in their fields, particularly those of color who faced additional hurdles due to racism and sexism.

Mangin and her team assembled a board of 13 academic advisors to ensure historical accuracy, cultural sensitivity, and help select the 26 women featured in the shorts.

UNLADYLIKE2020 also offers a free history curriculum and lesson plans based on the 26 women profiled. This content is appropriate for students in grades 6-12. You can access it here.

The Center for Women’s History at the New-York Historical Society explores the lives of a wide range of notable women in American history from different cultures, sexualities, classes, and races.

Its blog discusses a number of fascinating questions and topics, like if Wonder Woman was actually a feminist icon, the history of the woman who pushed for a better medical mask and whose designs inspired the N95 mask, and Black women’s integral roles in celebrating Juneteenth.

The Center also offers a library of short animated videos that touch on “inspiring women’s stories and key themes.” For example, learn about Thomas(ine) Hall, an intersex person living in colonial Virginia, or Lorenda Holmes, a spy in New York who sabotaged American war efforts during the American Revolution.

The National Women’s Hall of Fame, an organization dedicated to “celebrating the achievements of distinguished American women,” features a wide range of icons, many of whom bucked societal gender norms to become the first woman, or one of the first, in their fields. You can read about each of these women here.

Inducted women come from fields as diverse as science, government, the arts, business, athletics, education, and philanthropy. For example, read about Gwendolyn Brooks, a celebrated poet from Chicago’s South Side, Marjory Stoneman Douglas, a journalist and author who fought to establish the Florida Everglades as a national park, or Althea Gibson, the first African American tennis player to win the All-England Championships at Wimbledon. You can also watch past induction ceremonies here.

The National Women’s Hall of Fame has also recorded the oral histories of some living inductees.  Listen to former First Lady Rosalynn Carter discuss her upbringing, give advice to young children about how to reach their dreams, and encourage them to do whatever they can to help others. Or hear astronomer Judith Pipher talk about how she got interested in the field as a child, despite failing her first astronomy test in school.

All of these resources will likely expand the women that come to mind when you think about historical milestones and, perhaps, inspire the women and girls in your life to realize greatness has no limits.

14 best tweets of the week, including Tom Cruise, gabagool, and a darts man with his eggplant