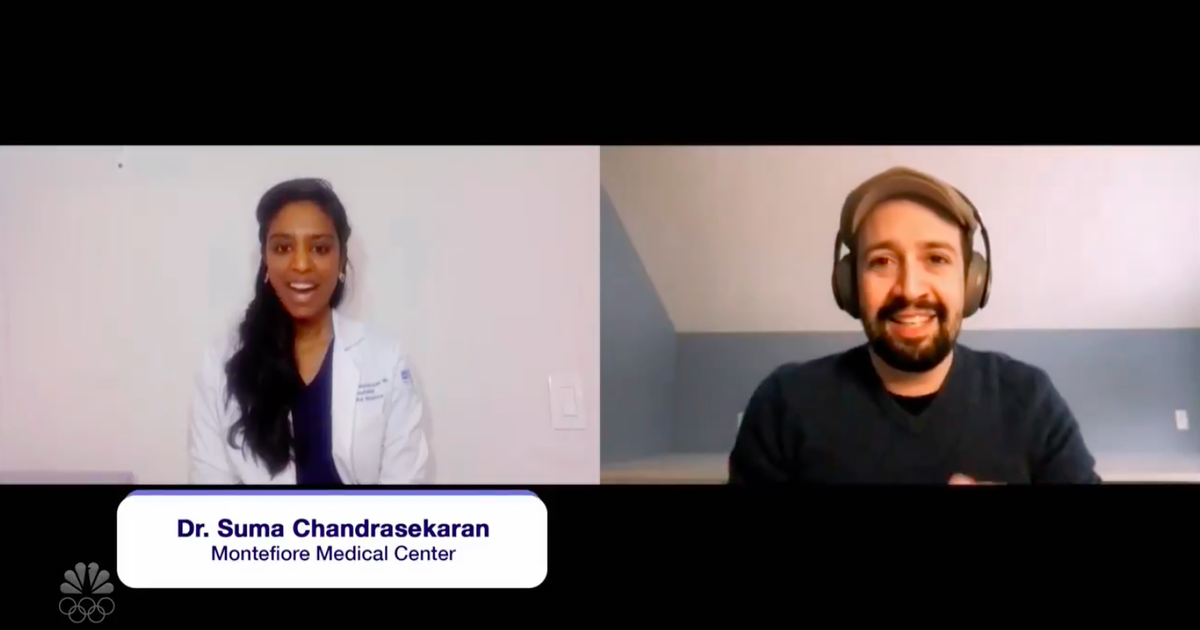 The ongoing coronavirus pandemic has made the 78th Golden Globe Awards a weird one.

Hosts Tina Fey and Amy Poehler ran the show via video call from New York and LA respectively, actors literally got all dressed up with nowhere to go, while Jason Sudeikis put on a rainbow tie-die hoodie and sparked a bunch of speculation about whether or not he was baked.

Yet amidst the unusual celebrity shenanigans, the Globes set aside a little time to acknowledge the hard work of U.S. healthcare workers, paying tribute with a short skit.

Emulating the telehealth conferences that have become familiar to many, performers such as Don Cheadle, Lin-Manuel Miranda, and Carey Mulligan asked real healthcare professionals to diagnose what could be causing them symptoms like feeling stuck in a time loop and “trying to murder Andy Samberg again and again,” getting “hot and bothered” with that nasty Bridgerton going around, or possessing an extremely raspy Margaret Thatcher-like voice.

“At first I thought I had The Croods,” says Miranda of his self-diagnosed GI symptoms. “Only children get The Croods,” replies Dr. Suma Chandrasekaran of Montefiore Medical Center.

“This definitely hit me hard, I hear it’s been going around Canada for a while, but people have only caught it here in like, the last year or so?” said Miranda. “That’s Schitt’s Creek. Just take 25 awards and you’ll be fine,” suggests Chandrasekaran.

For the complete list of winners at the 2021 Golden Globes head over here. How to use Chrome’s tab manager to declutter your browser