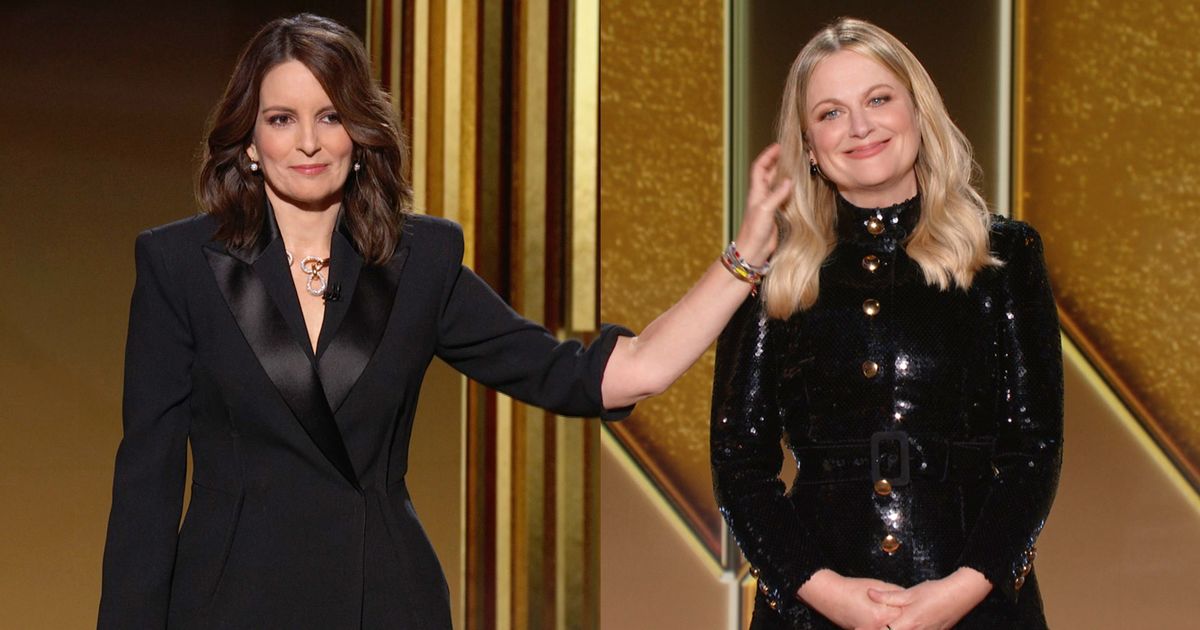 On Sunday, the legendary comedic duo returned to host the Golden Globes for the fourth time — this year in a socially distanced, bicoastal ceremony held before a special in-person audience of first responders and essential workers, with celeb guests and nominees tuning in digitally.

With Fey hosting from the Rainbow Room in New York City and Poehler from the event’s traditional ballroom venue at the Los Angeles Beverly Hilton, the SNL alumnae kicked off the night with a very 2021 monologue that touched on everything from the Emily in Paris controversy and Zoom calls to TikTok and the cranberry juice skateboard guy.

“We’ll be honoring all of the fantastic TV shows you binged this year: the American Office, old Columbos, very one-sided news programs,” Fey quipped in a dig about binge fatigue.

The standout moment of the opener, however, came when Fey and Poehler delivered a blistering dressing down of the Hollywood Foreign Press Association (HFPA) — that’s the Globes’ voting body, made up of about 90 journalists from across the globe — following criticism for its lack of Black members, sparked last week by a piece in the LA Times.

“Even with stupid things, inclusivity is important.”

“Everybody is understandably upset at the HFPA and their choices,” Poehler began. “Look, a lot of flashy garbage got nominated, but that happens; that’s like their thing. But a number of Black actors and Black-led projects were overlooked.”

“And look, we all know that awards shows are stupid,” Fey added.

“To sell more carpet. We know,” Fey joked. “But the point is, even with stupid things, inclusivity is important — and there are no Black members of the Hollywood Foreign Press. I realize, HFPA, that maybe you guys didn’t get the memo because your workplace is the back booth of a French McDonald’s, but you got to change that. So here’s to changing it.”

Fey and Poehler ended their monologue, noting specifics for the event’s fundraising efforts tied to Feeding America’s COVID-19 response fund and that, yes, “This whole night could have been an email.”

10 of the best, most influential K-pop performances of 2020