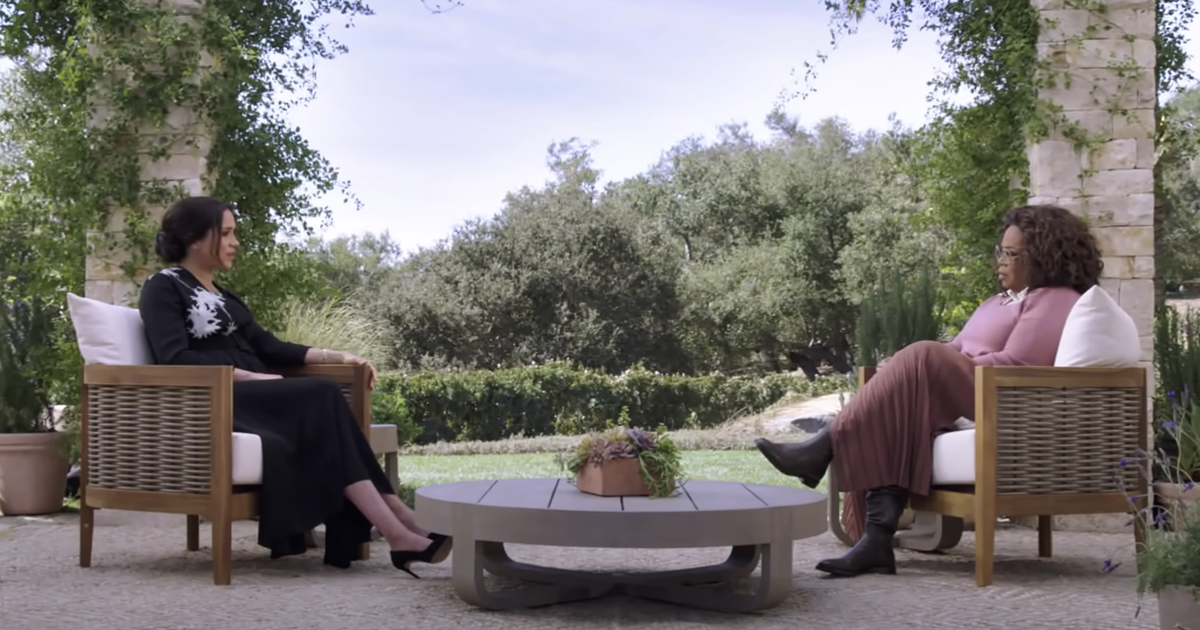 Another teaser has dropped for the eagerly anticipated Oprah interview with Meghan and Harry. In the clip, the Duchess of Sussex talks about how she feels about the palace hearing her speak her truth on television.

“I don’t know how they could expect that after all of this time we would still just be silent if there’s an active role that the firm is playing in perpetuating falsehoods about us,” Meghan tells Oprah. “And if that comes with risk of losing things, there’s a lot that’s been lost already.”

In the 30-second clip, Meghan uses the term “the firm” to describe the royal family – a nickname that’s said to be used behind palace doors by the Queen and other senior royals, but it’s seldom (if ever) used in interviews.

The release of the new teaser is timely, as it came just after The Times published claims that the Duchess of Sussex allegedly bullied staff members during her time at Kensington Palace. A statement issued by Meghan’s spokesperson said: “The duchess is saddened by this latest attack on her character, particularly as someone who has been the target of bullying herself and is deeply committed to supporting those who have experienced pain and trauma.” Buckingham Palace released a statement saying it would investigate the allegations and said it was “very concerned.”

Many have pointed out the racist rhetoric that underpins bullying accusations levelled at women of colour, and in particular Black women. Many are also pointing out the difference in the ways in which the palace handled the allegations of sexual abuse against Prince Andrew, as well as his friendship with convicted sex offender Jeffrey Epstein, who died in jail while awaiting trial for sex trafficking charges.

Oprah With Meghan And Harry: A CBS Primetime Special will premiere on CBS News on March 7 at 8pm ET in the U.S., and on March 8 at 8pm on ITV in the UK.

Attract a larger audience with this stacked SEO training bundle