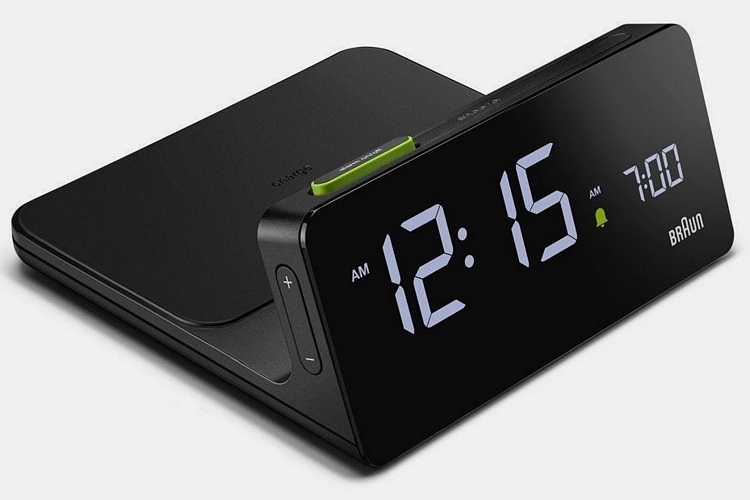 While a dedicated alarm clock is no longer a necessity to have in your nightstand, having one on there can still be pretty useful. If nothing else, it spares you from having to pick up your phone first thing in the morning just to check the time. In case that’s not enough to convince you to put one next to your bed, the Braun BC21 makes its case by pulling double duty as a wireless phone charger.

A modern reimagining of the Braun DN 40 from 1976, the clock takes on a similar form factor, albeit in a slimmer enclosure befitting more contemporary electronics. Like its predecessor, it both tells time and sounds off an alarm to wake you up in the morning – two things our phones have also been doing instead for the better part of two decades. Of course, to make it more attractive to today’s users, they fitted it with Qi wireless charging, so you can set down your phone before you go to bed and wake up to a fully-charged battery every single night. 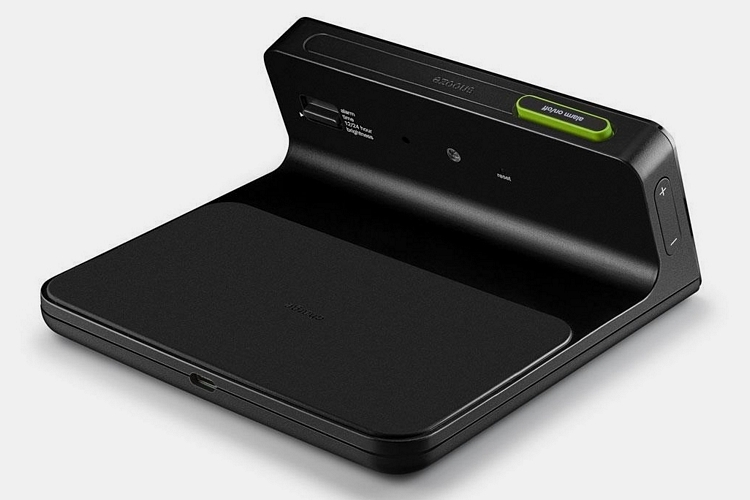 The Braun BC21 takes the iconic design of the DN 40, combining an angled clock face with a wide and deep rectangular base behind it. Since it doesn’t take much space to hold the electronics for a modern digital clock, it’s a lot slimmer than the original classic, making it easy enough to throw in your luggage, so you can have an alarm-clock-slash-wireless-charger next to your bed at whatever hotel you’re staying in during a trip. It uses a vertical alignment LCD display, which boasts wide viewing angles and high contrast, so you can easily see the time even with only one eye half open from any part of the bed you end up waking in. 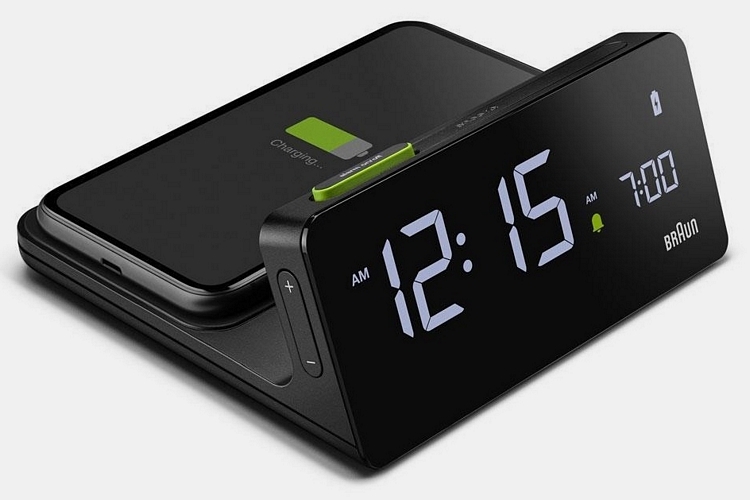 There’s a light sensor that detects the amount of light in the room and adjusts the display’s brightness automatically, with the display showing current time (in either 12-hour or 24-hour format) and whatever alarms you have set. It also has a large snooze button on top, so you can easily find it while you fumble around half-awake, as well as volume buttons on the side, in case you want it to wake you up just a little more quietly. Oh yeah, it uses a crescendo beep sound for the alarm, so it gets louder the more you ignore it. Fun.

The Braun BC21, of course, sets itself apart from the outfit’s other alarm clocks with a charging pad in the back. Equipped with a 10W output, it supports fast charging and should be compatible with any Qi-enabled products in the market. The product page doesn’t really elaborate on the charger, but, we imagine, it’s got all the usual safety systems as other wireless chargers in the market. The charging pad is covered in non-slip silicone, by the way, so your phone stays in place even when you knock the nightstand in the wee hours while making your way to the toilet.

Save over 40% on a pair of quality wireless headphones