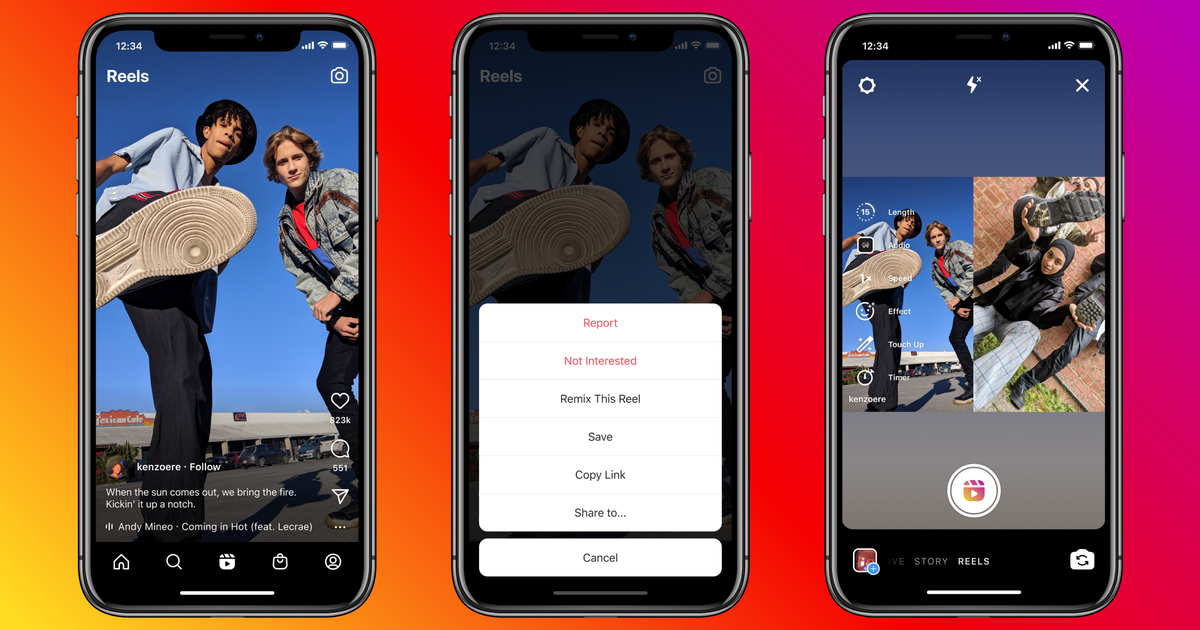 Instagram’s new Remix feature looks a lot like the one that made TikTok so popular.

The platform launched the Remix feature on Wednesday, which allows Instagram users to create their “own Reel next to one that already exists.” It’s very similar to TikTok’s Duet function, which allows users to, well, duet an already existing video on the app. The wildly popular feature facilitated trends like the viral sea shanty harmonies that took over the internet earlier this year.

Only new Reels will be available for the Remix function, per a statement from Instagram.

Instagram has competed with TikTok since TikTok’s rise in popularity over the two years. From launching Reels in the first place to no longer promoting TikTok reposts, cloning the Duet function with Remix is Instagram continuing to market itself as an alternative to TikTok.