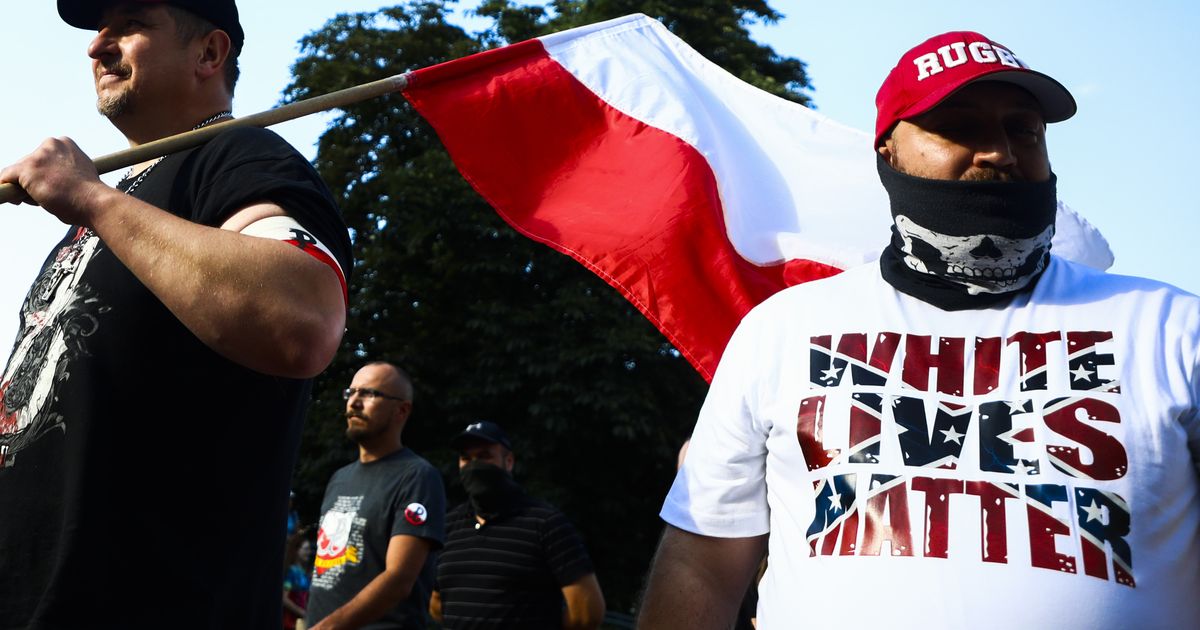 If you see any “White Lives Matter” events, marches, or rallies happening in your town on Sunday, you can be sure the Proud Boys are behind them.

How do we know that?

A group of antifascist “infiltrators” found their way into private Telegram channels where these events were being organized and leaked the chats.

On Sunday, April 11, White Lives Matter-themed rallies were supposed to have organically sprung up around the country. According to online flyers viewed by Mashable that were posted on a public Telegram channel, the marches were being billed as a “March for White Lives” and called on people to “take a stand against the anti-white mob, media, [and] government.” There are events scheduled across the country for the day’s events.

“This is grassroot and no groups are affiliated,” reads a message on a public Telegram group for White Lives Matter.

Well, that might be what they’re saying in the public group but it’s just not true.

A group of antifascists who found their way into private “White Lives Matter” groups on the messaging service Telegram uncovered a slew of organizers from white nationalist groups like the Proud Boys. Members of various Neo-Nazi organizations and other hate groups, such as the Nationalist Social Club and New Jersey European Heritage Association, were also outed in these private groups.

The leaked chats, which were first obtained by The Daily Beast and Vice, contain multiple conversations concerning hiding the white supremacist ideologies and groups behind the White Lives Matter events.

“It shouldn’t have to be said, but if your profile picture has swastikas, iron crosses or any other symbols that is commonly associated with the NS movement, consider removing them,” read one leaked chat message from a Michigan-based Proud Boy. “They will only give legitimacy to the insults our enemies throw at us to discredit this movement.”

Over the past six months, Trump supporters have been pushed off mainstream social media channels for promoting violent events like the Jan. 6 storming of the Capitol and election-based conspiracies. These users have found homes on platforms more friendly to their views. Extremist groups have seen this as an opportunity to radicalize “normie” Republicans and Trump supporters to the far right.

“This event should be 110% optical in the sense of no swastikas or anything that puts normies off,” said one admin in a private White Lives Matter Telegram group. “This is the chance to engage with normies.”

These tips were posted in private groups where users were posting with swastika avatars and usernames like “Your Fuhrer.”

The largest White Lives Matter event appears to be planned for Huntington Beach, California. However, it’s unclear just how many of these events will actually occur.

A major reason for that: “honeypot” White Lives Matter groups that were created by antifascists.

The Seattle and New Jersey telegram channels for the upcoming “White Lives Matter” rallies have just been sprung as antifa honeypots – because fascists have absolutely zero opsec. 👌🏻#DoxAllYourBoys pic.twitter.com/4N3rNUvLSl

Along with leaking private Telegram group chats, antifascists also set up fake Telegram groups pretending to be safe-spaces for white supremacist organizers and possible attendees of these events.

Telegram channels originally claiming to belong to Seattle, New Jersey, and NYC chapters of the White Lives Matter movement had their group avatars changed to antifa flags over the past few days.

The antifascists then announced to the users who were fooled into joining the groups that they had scraped the information from the Telegram channels and warned them against attending the White Lives Matter events on Sunday.

The best dating sites to find a connection this weekend

Both Apple Pencils are on sale for less than $100