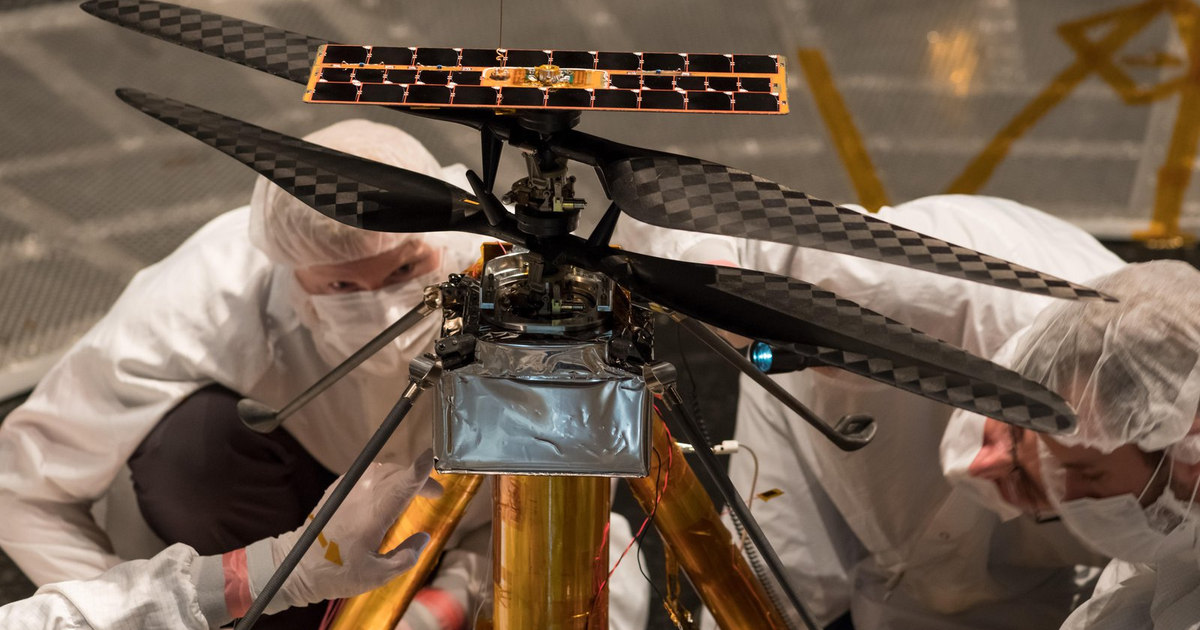 It’s almost time for the Ingenuity to take flight. Hopefully for real this time!

The Mars helicopter will take its inaugural journey into the skies above Mars “no earlier than Monday, April 19,” NASA has confirmed. The current timing for the flight — which could certainly change — is set for 3:30 a.m. ET in the wee hours of Monday morning.

This is only the latest confirmed flight time for a mission that was originally scheduled to launch on April 11. NASA instituted a delay just one day before the originally scheduled launch was set to happen, moving the timing to “no earlier than April 14.” That date obviously didn’t work out, either.

“The original flight date of April 11 shifted as engineers worked on preflight checks and a solution to a command sequence issue,” NASA’s latest update reads. “The Perseverance rover will provide support during flight operations, taking images, collecting environmental data, and hosting the base station that enables the helicopter to communicate with mission controllers on Earth.”

Whenever the test happens, don’t expect to be able to tune in and watch the whole thing live. It takes time for the Perseverance rover — which delivered Ingenuity to the surface of Mars in the first place — to beam data back to Earth. Assuming the April 19 timing happens as planned, NASA expects to “live” stream the data as it comes back starting at 6:15 a.m. ET on Monday morning.

Whenever that broadcast happens, you’ll be able to find it on NASA’s website, as well as on the space agency’s YouTube and Facebook pages. The plan for an April 19 launch happened only after NASA staged a successful “spin test,” which involved spinning the Ingenuity’s helicopter blades at a speed that’s fast enough for flight.

The Ingenuity is on Mars at all so NASA can test out the viability of flight-based exploration. It’s not meant to fly very high or far during the small set of tests that will play out over the course of a month. But those tests, and the Ingenuity’s ability to take flight in the Martian atmosphere, will help NASA prepare for future missions that explore the landscape from above.

In truth, Ingenuity has already provided NASA with plenty of important test data. Its journey to Mars and subsequent descent to the surface offered key data points. The work that’s already been done to prep Ingenuity for flight is also vital for future missions; NASA now knows, for example, that the hardware can survive through frigid Martian nights, and that it’s capable of charging itself off of solar panels. The upcoming first flight, then, represents a culmination of all the testing conducted so far.

Stay tuned to see what happens with the Ingenuity’s first flight, which will hopefully happen as (re-)scheduled on April 19.

Spoil your pet with this great gear