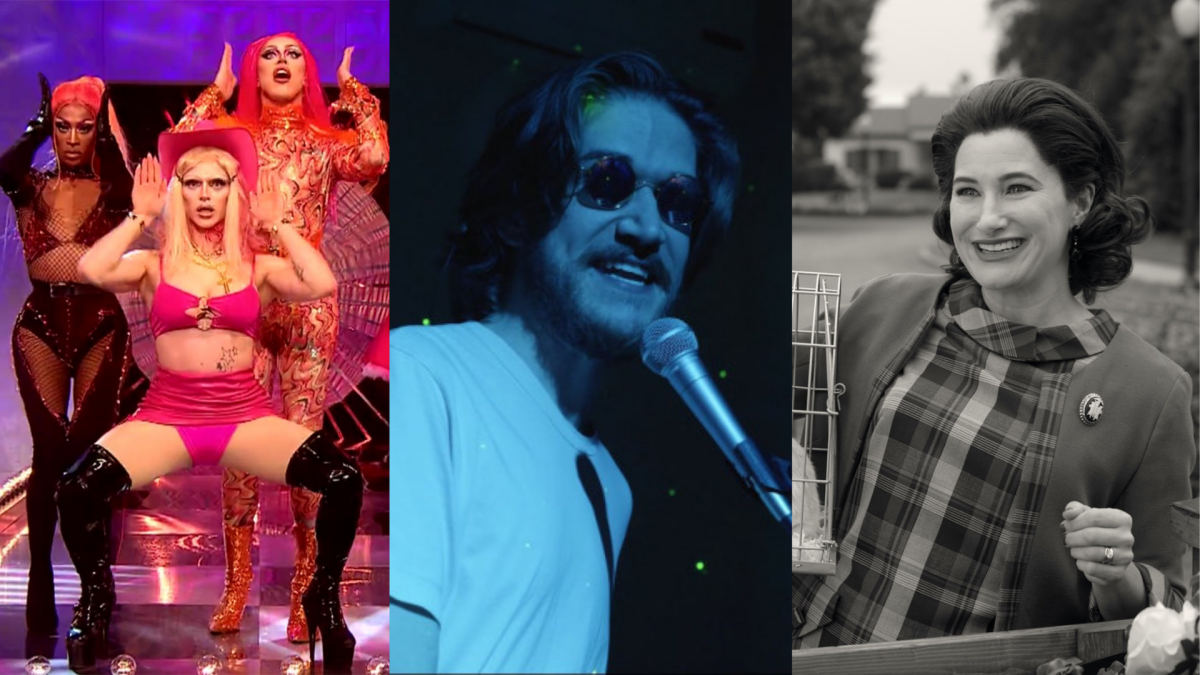 There’s probably a scientific explanation for why we’ve have been so susceptible to a good old-fashioned catchy tune this year. Stripped raw by the trauma and stress of a global pandemic, reduced to a brain-in-a-jar with one hand for constant phone scrolling, unable to process the complex emotions of some of our favourite “real” music, and subjected to the infinite smorgasbord of TikTok sounds, our minds have been easy targets for these sonic remora.

It’s entirely possible that one of these ditties took up residence in your mind’s ears for such an extended period of time that it verged on the traumatic. I apologise in advance for inviting them back in. But that said, please enjoy reliving it all with our list of the most insidious, perfidious, bing-bang-bongiest earworms of 2021 so far.

Almost every song from Bo Burnham’s surprise quarantine special Inside could qualify here, if we’re honest. My TikTok For You Page has been riddled with Bo content for weeks now — from the straightforward, relatable lipsyncs to “Shit,” horny clips of “Problematic” and “All Eyes On Me,” and ADHDtok loops of “a little bit of everything all of the time,” to the meta-trend of people realising that not everyone’s FYP is wall-to-wall comedy songs about mental illness and maybe the algorithm is trying to tell them something. (Also, working for a website that covers the tech industry is doubly stressful when I can hear Burnham crooning “Jeffrey Bezos! Jeffrey Bezos!” every time I see a photo of the richest cueball on earth.)

But part of the genius of Burnham’s ode to our collective Year Indoors is the way it captures the manic quality of certain states we all found ourselves in throughout the year. The most devastating songs aren’t necessarily the saddest, but the deceptively perky ones that address the inevitable, mildly hysterical acknowledgement that we’re not in a good place (“Are you feeling what I’m feeling / I haven’t had a shower in the last nine days”) and the loopy, overwhelmed feeling you get around hour five of an idle browse turned solid doomscrolling session (“Here’s a tip for straining pasta / Here’s a 9-year-old who died!”).

If you have one of these stuck in your head, it could be a sign you need to shower, log off, or touch grass — or it could just be that they’re wildly catchy.

The second season of RuPaul’s Drag Race UK gave us an absolute smorgasbord of charisma, uniqueness, nerve, and talent, but it had absolutely no business dropping a camp banger like this on us when nobody was allowed to go out dancing.

Both teams in the season’s RuRuVision challenge performed the same song, with each queen contributing an original verse — but it was clear after the first performance that the United Kingdolls had delivered not only the winning act of the night, but also the best musical challenge of the franchise in years, period. (Justice for Tia Kofi’s verse from the other version, though.)

That said, everyone responsible for this sing-sang-song ought to be tried at the Hague. I woke up every morning with Lawrence Chaney demanding “Clap for the bing bang BOOOONG!” in my head and went to sleep every night fighting to ignore the constant loop of “Release the beast: BIMINI!” Fully half of the queers I follow on multiple platforms appeared to be genuinely suffering after a full week of this.

There are two kinds of people: Those who mumble random noises along with the third verse of “Kiss Me More,” and those who just hear Doja Cat going, “I feel like fuckin’ something,” over and over and over. Pre-vaxed era horniness, encapsulated.

Montreal producer, singer, and songwriter Lubalin is a Serious Artist in his own right, but hit the viral jackpot with a series of TikToks where he turned random internet drama — the kind shared around via screenshots on Reddit and Twitter — into The Weeknd-esque dark pop jams. Within weeks of the first (and best) two going viral in the first days of 2021, he was doing the third on The Tonight Show alongside Jimmy Fallon and Alison Brie.

With all due respect to “good evening, is this available,” which is triggered in my brain every time I use Facebook Marketplace, the best remains this ode to boomer Facebook beefs. (The fact that it’s actually from a Facebook group where people role-play as boomers does not lessen its power.)

The breakout pop star of 2021 had her first big moment at the beginning of the year with “driver’s license,” but it was this Paramore-aping anthem to breakup bitterness that wormed its way into our brains. It took over TikTok as well as the charts, spawning remixes, mashups, and even a version that cuts out the negative self-talk to be a simple affirmation that you’re actually doing great, thanks.

But if you’re just feeling a bit petulant and ragey, the taunting, elliptical melody of “good 4 u” is primed to loop in your head.

“Agatha All Along” — Kathryn Hahn / WandaVision

She’s insidious! And so is her signature song. WandaVision‘s era-hopping sitcom conceit gave us a fun new theme for its show-within-a-show every week. But it was the goofy, extravagant soundtrack to the first MCU Disney+ show’s villain reveal that took over the internet and our minds’ ears. Kathryn Hahn’s series MVP deserved a better arc than she got, but at least she got to live rent-free in our heads for weeks thanks to this brassy banger.

That stomping, shimmying horn part also lent itself well to a trap remix that demands to be yanked onto a mixtape ASAP.

The deep silliness of Barb and Star arguably reaches its peak in this emotional number inspired by Kevin Bacon’s angry-dancing scene from Footloose. (See also: “Angry Mad” from Crazy Ex-Girlfriend for more proof of this moment’s impact.) There’s a hint of Lonely Island’s powerful work with Michael Bolton here, too.

Jamie Dornan, playing the entire film straight as the villain’s lovesick henchman Edgar, belts lines like “Seagulls in the sand, can you hear my prayer?” with full commitment. The song quickly deteriorates into Edgar narrating his own attempts to dance, spin, and climb out his overwhelming feelings. “I’m going up a palm tree like a cat up a palm tree who’s decided to go up a palm tree” — that’s just solid storytelling, right there. Showing and telling. It’s all in good fun, but then you find yourself belting it in the shower a week later and it’s weirdly cathartic.

It’s been a rough year so far, OK?

Learn the basics of ethical hacking with this course bundle