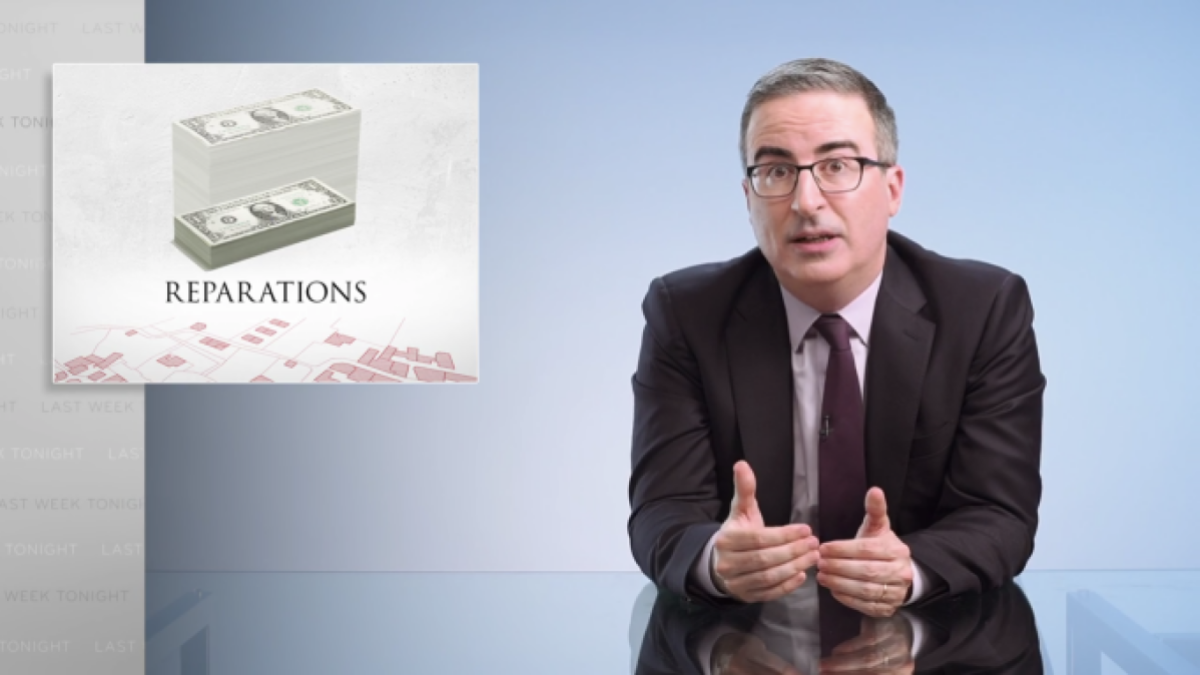 John Oliver has delved into the history of race and land ownership in America in the latest episode of Last Week Tonight. It’s a history that, in Oliver’s words, “has many horrifying chapters pretty much from chapter one when America was ‘discovered’ from under other people’s feet.”

As Oliver points out, some communities in the U.S. technically still have laws in place prohibiting the sale of homes to people of colour. Oliver begins by telling the story of a Black couple who owned two oceanfront lots on Manhattan Beach, California in the 1920s. After the Klu Klux Klan was involved in harassing them, the town seized the land. 100 years on, the Bruce family may have that land returned to them. Oliver goes on to make the case that other families who’ve experienced similar injustices should receive reparations for land that was taken from them.

“The only really strange thing about paying reparations to Black people is that we haven’t done it yet,” the host of Last Week Tonight said. “When you deprive somebody of something, you make it right by paying what you owe.”