Having seen Candyman (2021) only once, I remember it in pieces. Like Bernard Rose’s 1992 film of the same name, Nia DaCosta’s story of a couple living in Chicago’s gentrified Cabrini-Greene plays like a waking nightmare — a pulsing bloom of terror that’s putrid yet intoxicating.

A waking nightmare — a pulsing bloom of terror that’s putrid yet intoxicating.

To fully appreciate what the filmmaker achieves with her part-reboot part-sequel triumph, which not only resurrects the urban legend of the original but retroactively imbues it with new meaning, would take multiple viewings. That’s good or bad, depending on your personal patience for nonliteral horror and faith in others’ commitment to unpacking Candyman’s complex themes of racial injustice and Black artistry.

Yahya Abdul-Mateen II and Teyonah Parris lead the film as Anthony and his girlfriend Brianna. An artist and an art gallery director, the vibrant pair begin the film as an effervescent symbol of young, Black success but soon transform into vessels for a chilling tale of multi-generational horror.

We learn the couples’ upscale apartment, decorated eerily like the studio of white protagonist Helen Lyle from the first film, exists on the lacquered wreckage of the projects. Though Anthony and Brianna’s happiness seems to float above that haunting reality, the pernicious specter of racist marginalization and oppression looms. 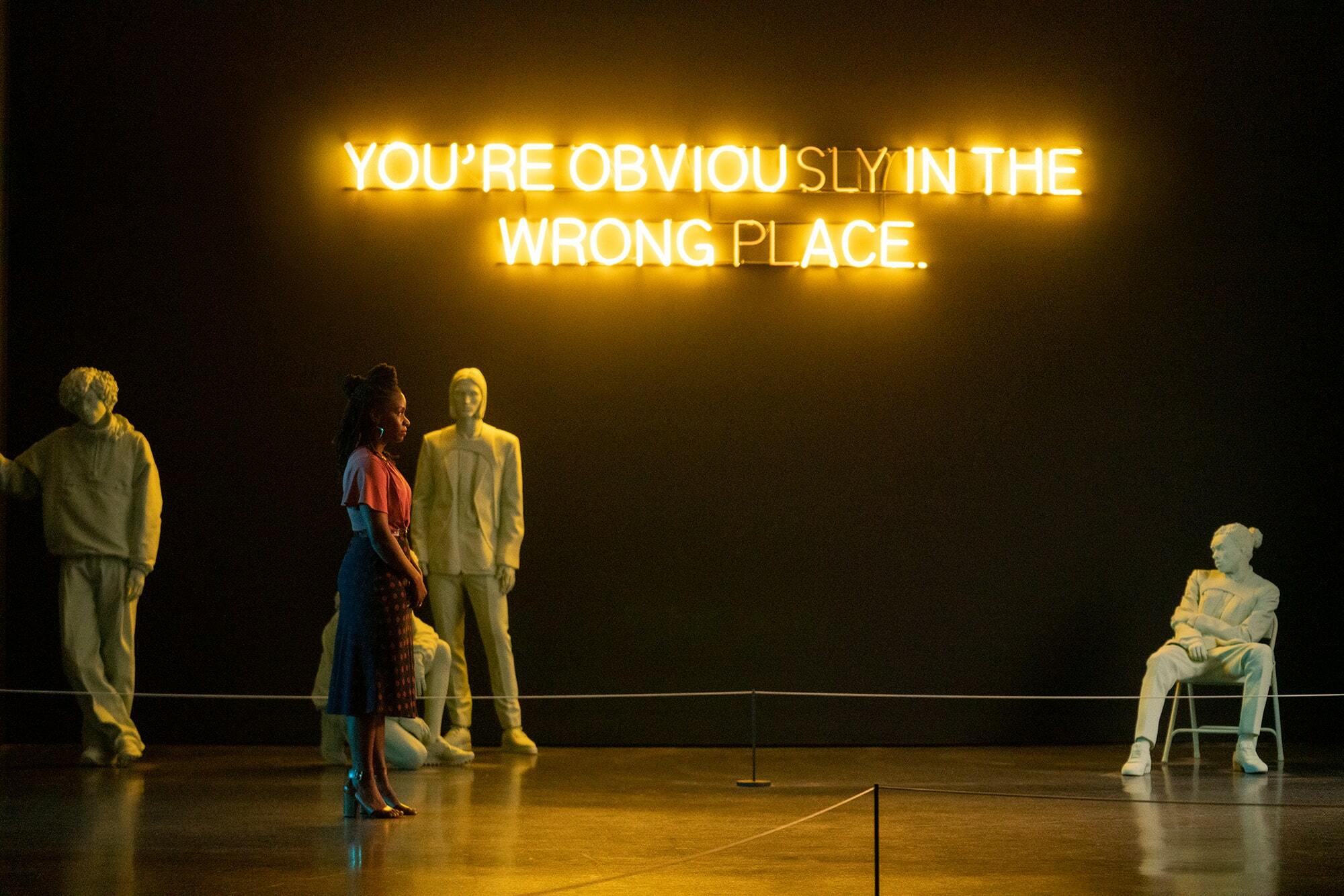 When Brianna’s younger brother Troy, played by Nathan Stewart-Jarrett, visits the pair’s home and playfully asks, “Do you guys want to hear a scary story?” Brianna smartly says no. “Too bad,” Troy spits back, before opening the metaphoric gate for the Candyman’s violent shadow to return.

The inevitability of his arrival — this demonic man surrounded by bees with a hook for a hand and a heartbreaking identity tangled up in those gruesome details — propels the blisteringly short fright fest that follows. Said into a reflection, the words “Candyman, Candyman, Candyman, Candyman, Candyman…” are believed to summon him. The question of why someone would knowingly invite the Candyman to kill emerges as an intriguing undercurrent to the bigger mystery of who he is and what he represents.

The frantic symbolism of Candyman, which encompasses themes ranging from police brutality to systemic disenfranchisement, isn’t subtle. In fact, it’s so literal Brianna remarks of Anthony’s first artistic musings on Candyman that they take “a pretty literal approach.” 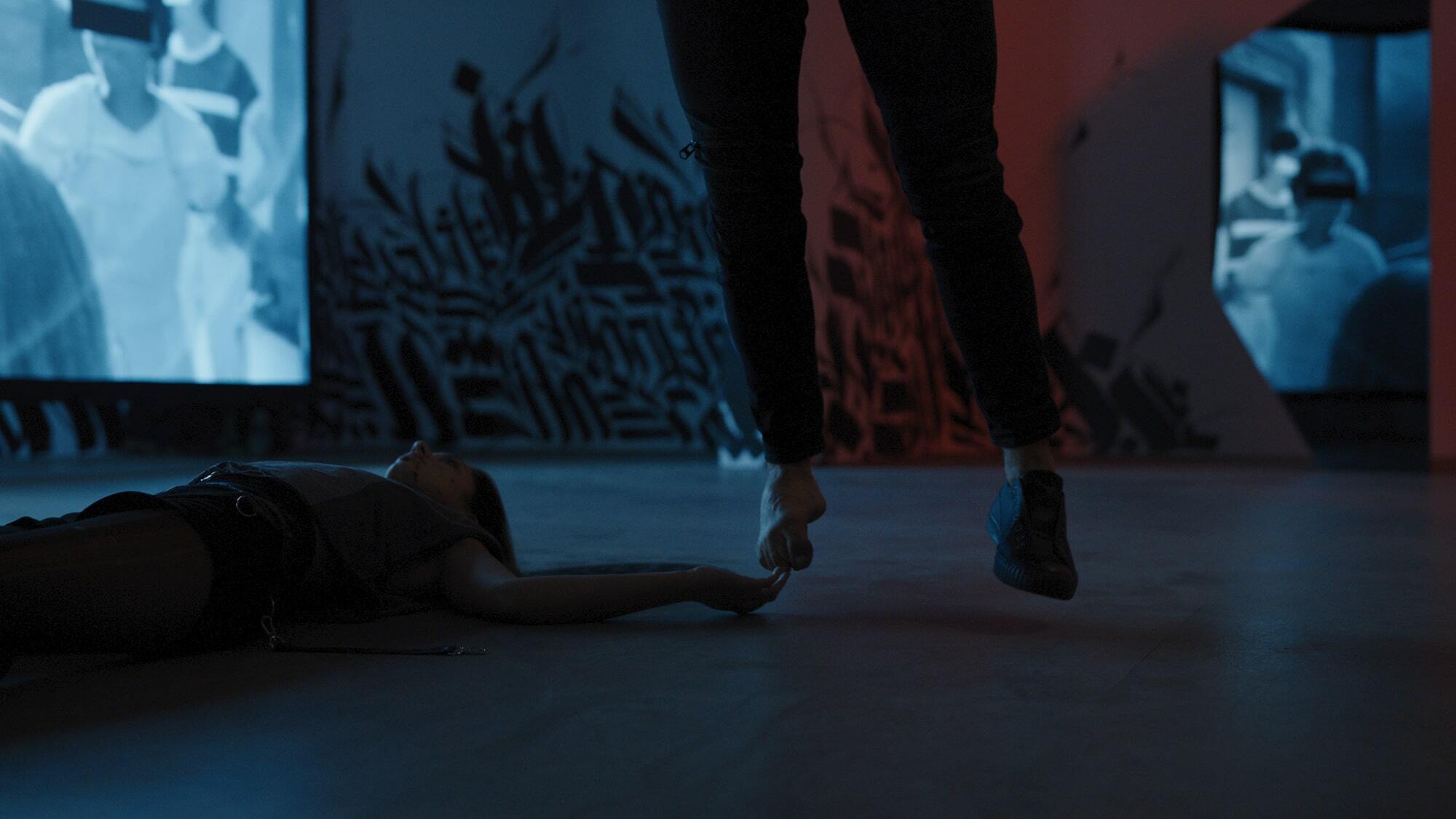 But it’s as Candyman beats you over the head with its timeless allegories of racism that you’ll start to see its kaleidoscopic effects. It strobes through the rage, confusion, and anguish that inevitably comes from meditating on something as searingly painful as racist antagonism with a vicious exactness. It lands a collection of prescient ideas with even one viewing, but above all captures a helplessness that seems to question what use making a movie — even an excellent movie — about these ever-present evils has in the contemporary world.

It strobes through rage, confusion, and anguish.

To be sure, Candyman is not perfect. With its lightning-quick runtime, this layered exploration can seem overstuffed by its ambition. A terrific performance by Abdul-Mateen becomes overshadowed by endless sequences building on an already well-established ambiance (you’ll see the same misty skyscraper from about a dozen different angles) even as his character’s story continues off screen.

Conversely, Parris’ nuanced approach to a complex character — Black women, it must be said, exist in an acutely underserved part of the Candyman legacy — has her development truncated by a clumsy conclusion that’s more hokey, sci-fi spin than blunt indictment. What’s more, a number of plot danglers, including a confusing storyline about Brianna’s father told exclusively via flashback, leave tattered edges around what is an otherwise tight and clever expansion on a much-discussed chapter of horror history. 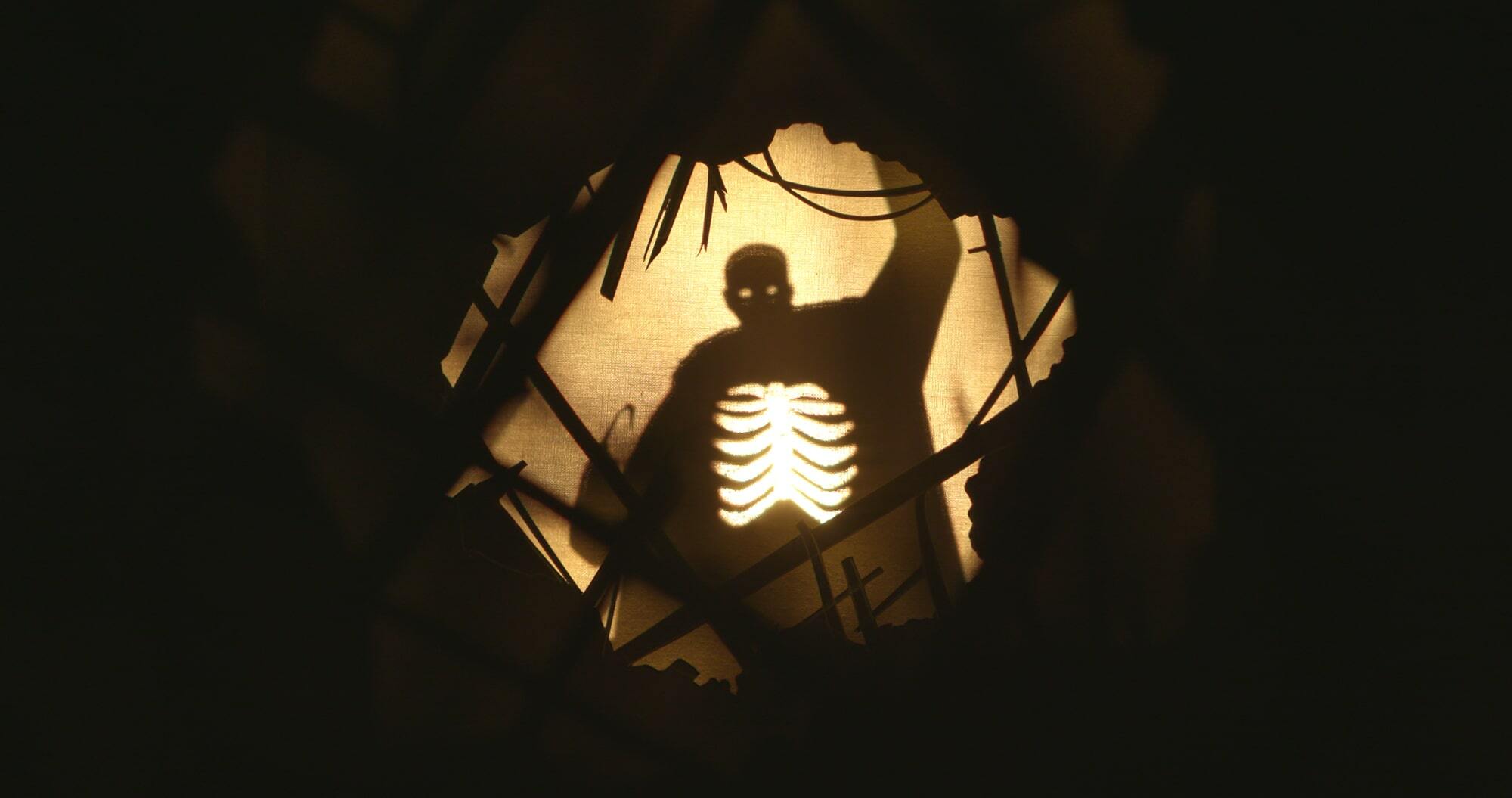 But again, I’ve only seen the film once. DaCosta’s vision of Candyman is a thoughtful progression of the character built by Tony Todd in 1992, that through a honeycomb of introspection and social criticism oozes style and emotional impact. Poking through its sticky caverns won’t be an exploration audiences complete in a single viewing, or even through a weekend of discourse. Like the original, this will be a story we revisit time and again.

Candyman is now in theaters.