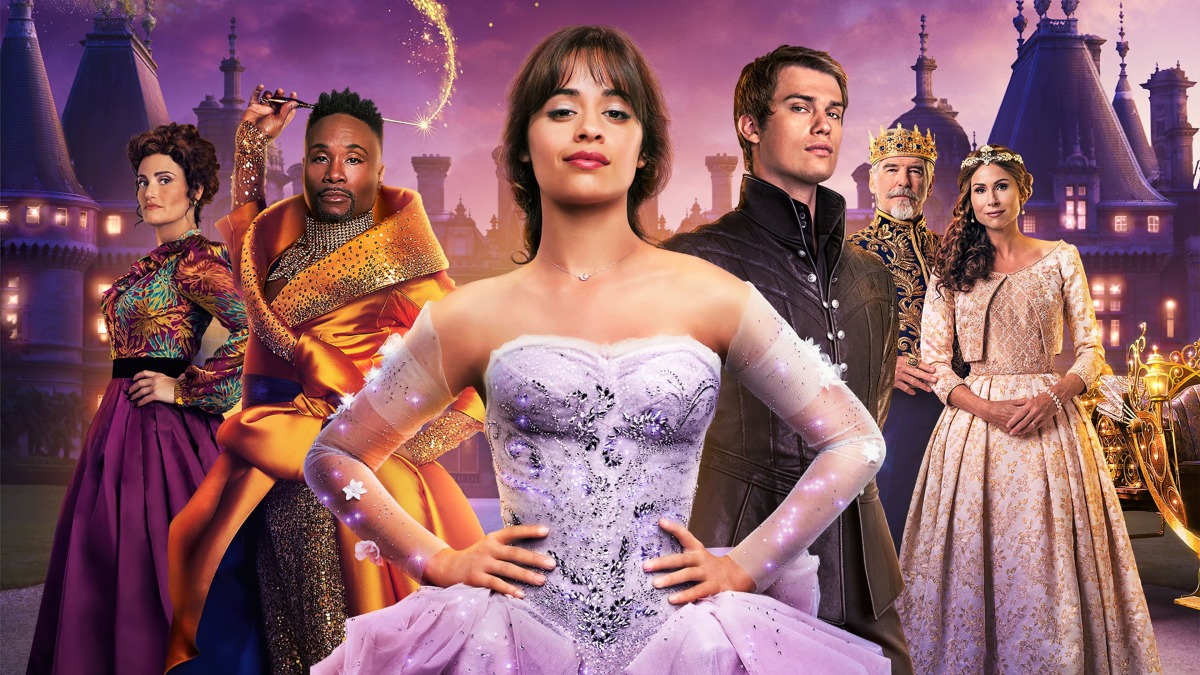 Nearly a year and a half into the COVID-19 crisis, the pandemic of clueless celebrity asshattery continues to ravage our globe. In fact, the latest viral video capturing yet another celebrity crime against an unwilling public might be the worst one to date.

For some ungodly reason, the cast of the upcoming Cinderella movie musical decided to promote it by flash mobbing innocent Los Angeles drivers. And this being the world we all know, that flash mob quickly moved beyond the hell of LA traffic and into a social media pile-on.

Yes, you heard that right. They even somehow managed to drag J. Lo into this cursed mess, in what I sincerely hope is grounds for a cease and desist letter. The onslaught of violations didn’t stop there, either. In what one can only be described as the “climax” of this cringe-horror short film, a rat suit-clad James Corden begins vigorously dry humping the air near the driver’s window.

A Twitter user who originally posted one of the videos (and presumably witnessed the event) had a positive takeaway. I’m happy for them, but cannot help but project some exhaustion into their uttered response to Corden’s antics: “Oh, wow.”

Everyone on planet Earth seems to have picked up on the fact that celebrity culture as we once knew it died somewhere back when the pandemic first hit in 2020. Everyone except for the most clueless celebrities, that is.

As these wealthy millionaires continue to spread their chronic Not Reading The Room-itis on the public, we find ourselves too busy dealing with unprecedented economic free fall, climate-related disasters, class inequality, housing and eviction crises, emotional trauma, burnout, and oh, also: an ongoing global pandemic that’s claimed millions of lives so far.

Jokes aside, cringe-y pandemic-era videos from celebs aren’t doing any real harm, other than perhaps to the public goodwill for said celebrities. But the vitriol antics like these summon in so many on the internet is one sign of a shift from the rich and fabulous being celebrated as an aspiration, and more towards seeing their existence as an insult to our everyday struggles.

I mean, god almighty, the last thing anyone attempting to survive a commute to work in Los Angeles needs is a bunch of celebrities — all of whom likely got a ride to this intersection from a personal driver — stopping traffic so they can sing at you about starring in yet another soulless million dollar-budget Hollywood remake nostalgia cash grab. Not to mention the fact that they’re doing it unmasked, while interacting with total strangers.

Luckily, though, Twitter was quick as ever to remind these celebrities that, Kim, there’s people that are dying.

A good chunk of the clip’s viral spread originates in a re-share, below. It’s since been ratio-ed to hell, with more than 22,000 (and counting) quote tweets, accompanied by a comment section that reads like group therapy.

One man pondered the impossible question of what he would have done in such an unthinkable situation.

But a ton of other Twitter users just came right out and said what a lot of us are thinking.

Some began sharing the clip with something akin to a trigger warning, hoping to spare the blissfully unaware of witnessing what the rest of us cannot unsee.

Another turned tragedy into opportunity, with an edit that spares Jennifer Lopez from any unwilling participation by replacing “Let’s Get Loud” with a more tonally appropriate soundtrack.

Or maybe a Bible quote from the Book of Revelations is what we need to get us through this unspeakable horror.

There’s Los Angeles slander being flung around, too. But please, as a resident of the city in question, I beg you to not blame the innocents who suffer most from celebrity tyranny.

A few other LA residents put it into perspective, asking for the internet’s sympathy when you imagine us enduring not only our city’s notoriously bad traffic, but this goddamn bullshit too.