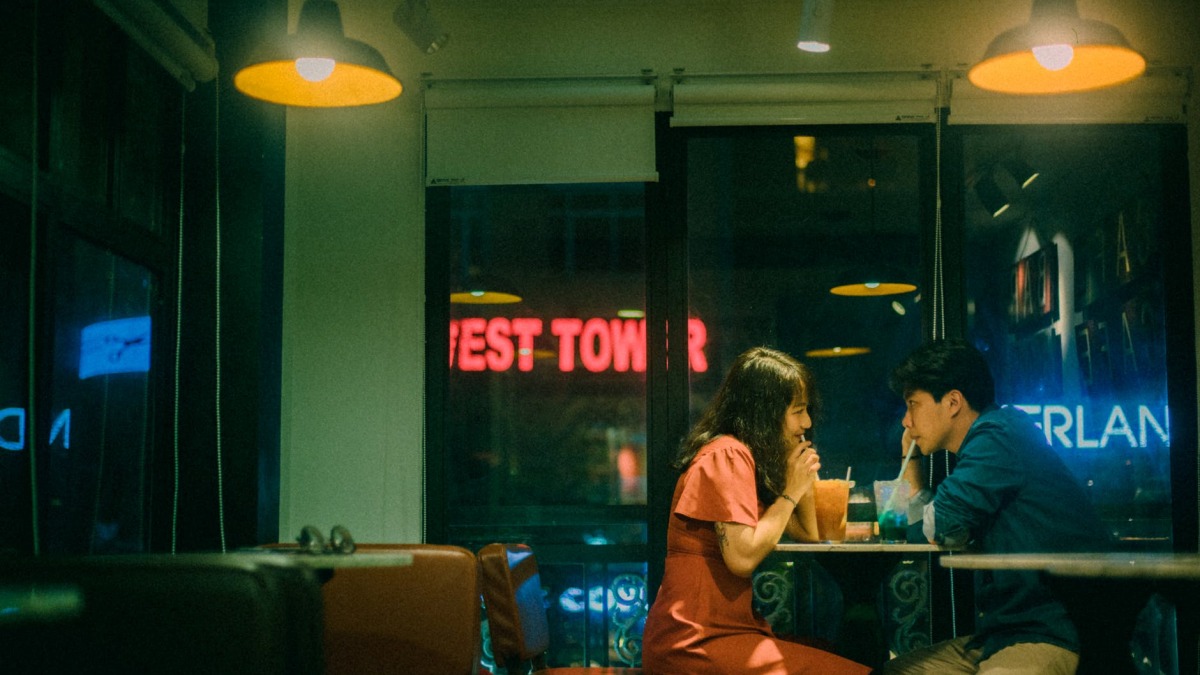 Online dating as the standard way to meet someone isn’t even news anymore. Nowadays, “We met on Hinge” is far more plausible than “We met at a bar.”

Still, looking for love online comes with nervousness, catfish paranoia, and doubtful looks from nosy family members. To that, we ask: Is waiting around to stumble upon your soulmate in public really more promising? We love Love Island as much as the next reality TV Trekkie, but we can’t all put our lives on hold to find a fiancé.

Consider our reasoning for Why Online Dating Is Worthwhile™: Statista predicted that the online dating audience will grow to 37.5 million in 2023, compared to 33.9 million users in 2018. A study from Stanford released in 2019 asserted that online dating is officially the most common way for U.S. couples to meet, rounding out at nearly 40 percent of couples having first met online.

This pre-pandemic prediction could be shown up if the surge of Covid-era dating app sign-ups stays afloat. Whether people decided they wanted a relationship during isolation or are just looking to get nasty again, dating apps are a great place to find a partner.

You don’t need input from a data analyst for these numbers to make sense. Technology is giving you the chance to meet thousands of nearby singles you’d never know existed otherwise, and using filters to hone in on those values, personality traits, and physical types can be done before you even meet the person IRL.

Because it’s not 2007 anymore, the need for mobile-friendly online dating isn’t just a millennial thing — people over 40 don’t have time to sit around at their home desktop, either. Dating sites that are older than most members of Gen-Z (like match and eharmony) have been forced to give serious attention to their smartphone counterparts if they don’t want to be outgrown.

However, that statistical promise still requires patience and a game plan, the game plan being choosing the dating app with features that best fit your lifestyle — and the lifestyle of the type of person you’re looking for. An app strictly for sex? An app more serious than Tinder but less serious than eharmony? An app where queer women aren’t relentlessly sexualized by creeps and pestered by unicorn hunters.

Feeling weird about dating post-Covid restrictions? Yeah, everyone is.

Despite restaurant capacities returning to normal, the idea of swiping just for the hell of it isn’t feeling so normal. The expectation for a hot vaxxed summer is more realistically represented through a collective Fear of Dating Again.

Seeing humans in real life isn’t something to take for granted.

FWIW, communication skills may have gotten better during the pandemic. Hashing out Covid-related issues with strangers required getting comfortable with personal boundaries and learning how to discuss anxieties with someone new. Tinder thinks the honesty will carry over when things are back to normal, and hopefully the assholes will continue to weed themselves out. And now you can even tell if someone is vaccinated based on their profile on some dating apps, so that saves you from any awkward anti-vax conversations.

Which dating apps are actually good?

Remember that not all apps are good just because they’re, well, new. Every year, a slew of trendy apps try to set themselves apart from Tinder and Bumble: In 2017, apps like Hater (which matched people based on things they disliked, like slow walkers or Donald Trump), and The League (a snooty, members-only matchmaker with a ridiculous waitlist) were expected to be game-changers. Hater has since disappeared from the App Store while The League’s reviews have gotten increasingly questionable. It’s hard to pinpoint the exact reason as to why such promising ideas didn’t make the cut — but whether they were too exclusive, too niche, or begging for catfish, it’s clear that there’s a very special ingredient that makes apps like Hinge pop off.

This handy guide breaks down the most popular dating apps and why people like them, plus some (actually good) up-and-coming apps that offer a more tailored experience:

These dating sites are actually good for finding a serious relationship