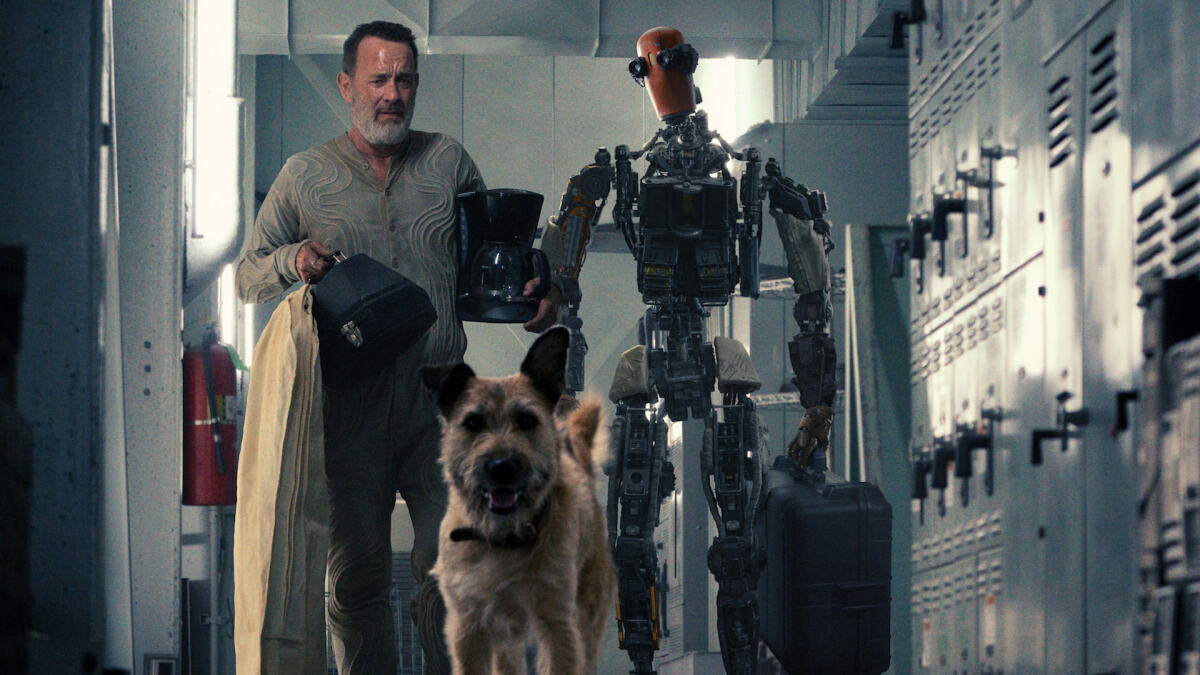 Tom Hanks teams up with a scruffy dog and a friendly robot at the end of the world in Finch, Apple TV+’s upcoming post-apocalyptic film.

In director Miguel Sapochnik’s film, Hanks plays Finch, a robotics engineer who journeys to find a new home for his newfound dog friend and newly built robot (played by Caleb Landry Jones) after a catastrophic solar event destroys the land, covering it all in sand.

Amid this genuinely terrifying situation, Finch teaches his canine companion some table manners and creates a humanoid robot from his hideout. As the three try to outrun an approaching storm, they become an unlikely team.

Why ‘Lightyear’ will feel like a different kind of Pixar film