It’s officially fall, the season of spookiness, the word crisp, the pumpkin spice industrial complex, and that one screenshot of When Harry Met Sally. The beginning of autumn has fall fanatics coming out of the woodwork to wax poetic about the season and to claim seemingly everything as autumnal.

No other season has this kind of cult following. Fall comes after summer, which is so obviously good no one needs to hum and haw over it. Winter is so obviously bad it’s best not to talk about it.

What does it take for something to go viral as autumnal? It seems relatively easy. A film just needs one scene with some good fall foliage and an album cover just needs to be red or orange.

Let’s investigate some of the internet’s favorite “autumnal” media.

While you’ve probably heard of Hot Girl Summer, you may not have heard of the latest internet season, Meg Ryan Fall. Meg Ryan Fall is a TikTok trend where users draw inspiration from Meg Ryan’s most iconic movies to create fall outfits. This means outfits consisting of wool blazers, button downs, and most importantly, knit sweaters. Users are replicating Ryan’s outfits in When Harry Met Sally and You’ve Got Mail. Both movies are written by Nora Ephron and fit into the fall movie paradigm due to Ephron’s signature enviable outfits and comfortable interiors.

An example of the Meg Ryan Fall trend on TikTok is @_christianawebster‘s video where she recreates Meg Ryan’s outfits to a tee. The video is set to a sounds that incorporates one of Ryan’s lines from When Harry Met Sally and the song “Tis Autumn” by Nat King Cole. 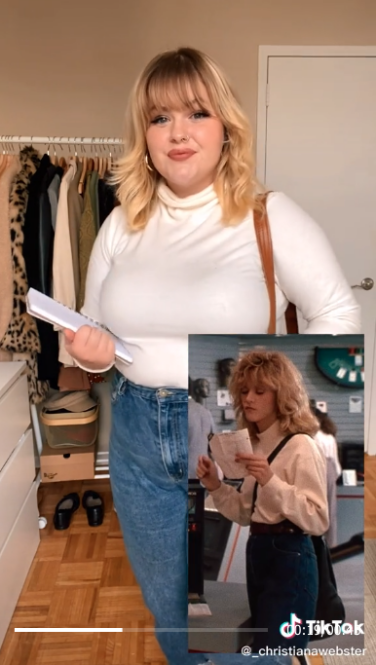 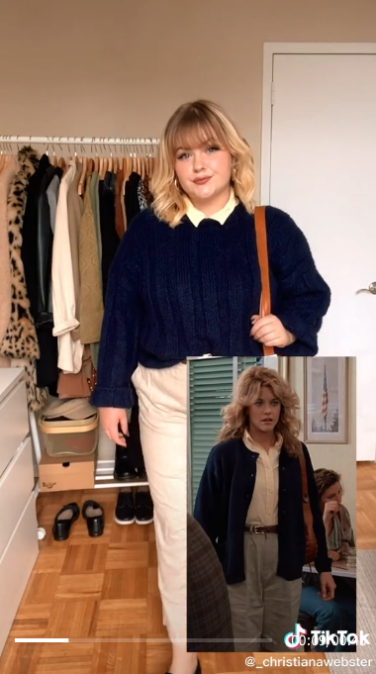 The hashtag Meg Ryan Fall has over a million views on TikTok.

But You’ve Got Mail also has vivid scenes of other seasons. It has Ryan and her coworkers caroling, Ryan putting up twinkly lights, and Tom Hanks and Ryan finally getting together in Central Park at the height of Spring. It seems foolish to trap movies with such lush seasonal scenes like You’ve Got Mail as fall movies. If we are in the business of trapping movies into one season, why not leave all movies with an iconic winter scene to be enjoyed in the most miserable season?

Similar to You’ve Got Mail, the latest adaptations of Little Women, Emma, and Pride and Prejudice are celebrated as fall movies for their beautiful autumnal sequences. But again, they all feature lavish shots of every season. These films could just as easily be recognized as winter films. Little Women opens with a Christmas celebration where the characters are artfully bundled up and has wonderful winter imagery, like Jo, Laurie, and Amy ice skating. Not to mention it’s so heartwarming that it could thaw your heart on the coldest of winter days.

A trend of TikToks claiming these as fall films and showing off fall outfits are often set to Hozier’s cover of “Do I Wanna Know” by the Arctic Monkeys. It’s only fitting that Hozier’s self-titled debut album is praised as The Fall Album, and that title fits. After all the album cover is orange. It also has a rustic sound and romantic, yearning lyrics.

In August TikTok user @lynlapid posted a video with the text “me being sad that summer’s ending, but then remembering this style is coming soon.” The video then flashes to a bunch of images that characterize the Dark Academia aesthetic, like the one below. 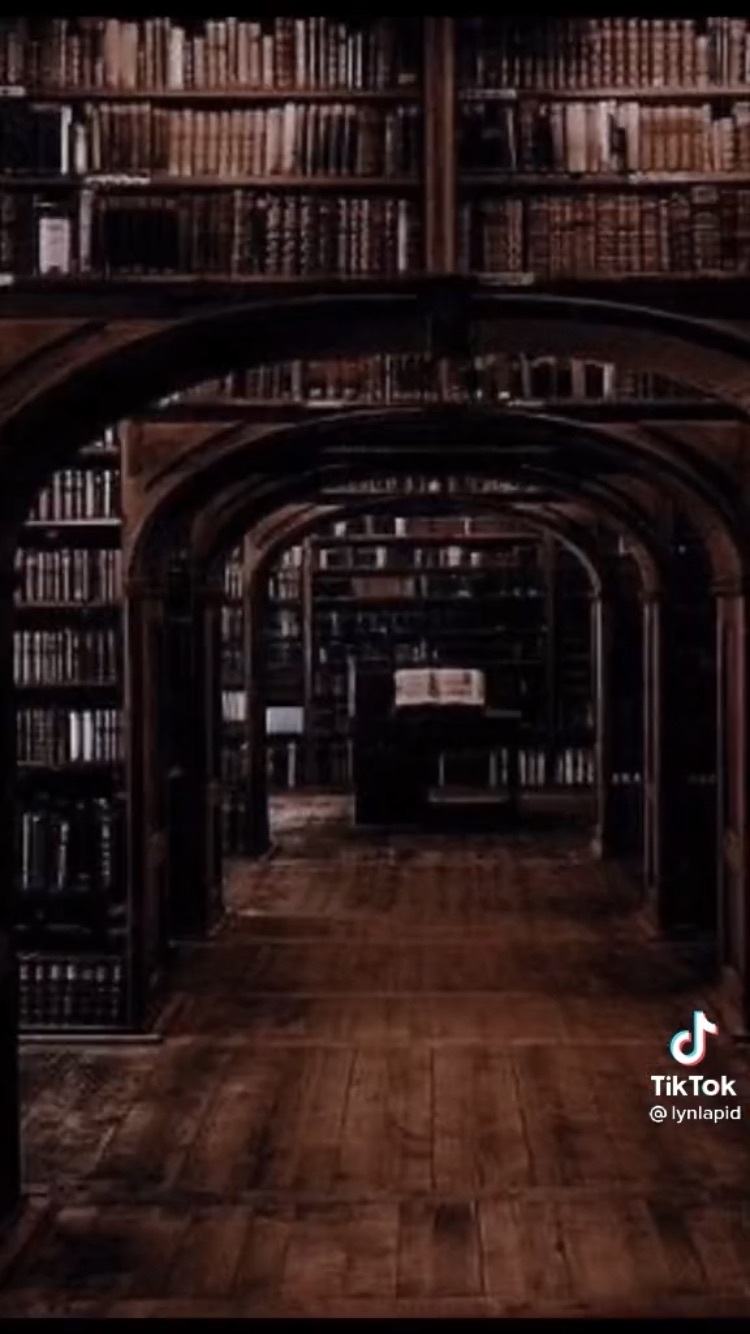 The Dark Academia hashtag has over a billion views on TikTok.
Credit: TikTok: lynlapid

The final three of the internet’s fall darlings are rightfully the holy trinity of autumnal media: Knives Out, Gilmore Girls, and “All Too Well” by Taylor Swift. Like When Harry Met Sally, Knives Out falls in the Sweater Genre of Fall Movies because of Chris Evan’s iconic cream sweater. Unlike other “fall” movies, the entirety of Knives Out takes place in fall. It also doubles as a spooky movie and of course features fall foliage and rich interiors. Gilmore Girls has all the best fall stuff: a small town, studying, coffee, reading, and Milo Ventimiglia in a leather jacket. Finally, “All Too Well” is first and foremost about a scarf and features the lyric “autumn leaves falling down like pieces into place.” I’ll be waiting to celebrate fall until Taylor Swift releases her ten-minute version of “All Too Well.”

That being said, if you have to cosplay as Meg Ryan to make it through another uncertain pandemic fall by all means put on your chunkiest sweater and order a pumpkin spice latte.

This adorable little puppy’s endless chase is hilarious and relatable