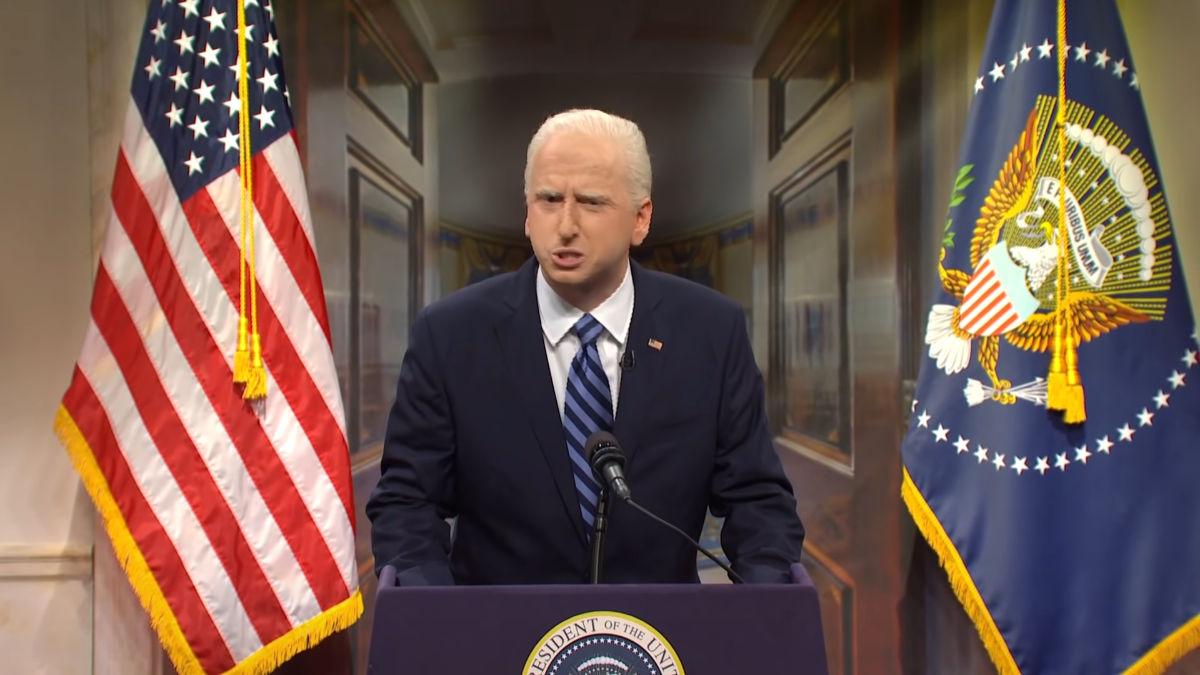 The very first frame of Saturday Night Live‘s Season 47 premiere beamed an unfamiliar face wearing familiar makeup into homes across America. But James Austin Johnson, who joins the show’s cast of “featured players” thanks in large part to his viral Trump impressions, made his debut playing a different U.S. president: Joe Biden.

The sketch spits out a rapid-fire barrage of snarky knocks at the Democratic party, which has failed repeatedly to find compromise positions on election-winning legislation. Repping the centrist faction are, of course, Sens. Kyrsten Sinema (Cecily Strong) and Joe Manchin (Aidy Bryant). House Reps. Ilhan Omar (Ego Nwodim) and Alexandria Ocasio-Cortez (Melissa Villaseñor) are there to speak for the progressive wing.

Disgraced New York ex-governor Andrew Cuomo (Pete Davidson) and Senate Majority Leader Chuck Schumer (Alex Moffatt) are also there for some reason. Democrats are all the same, or something.

But Johnson is the one that all eyes are watching. In the tribal environment fostered by a Trump presidency, SNL has become a political animal and that makes the show’s clutch impersonators vital to the show. Johnson doesn’t look the part as much as, say, the stunt cast Jim Carrey. But his deft touch with the current president’s vocal inflections and mannerisms is a real winner in all the small, right ways, just as it is with his Trump take. Johnson doesn’t go as big as the Carreys and Alec Baldwins of past seasons, but his first SNL appearance as Biden is sure to not be his last.

Grow your audience on Pinterest with a $20 course bundle