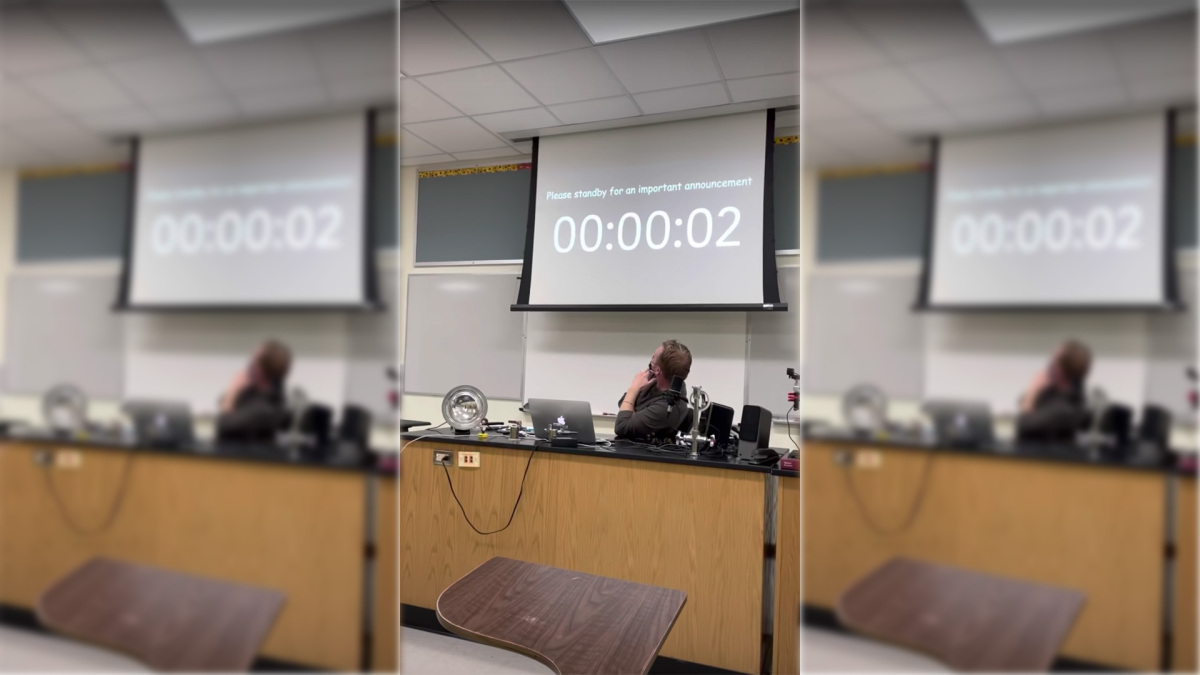 There’s senior pranks, and then there’s simultaneously rickrolling over 11,000 of your fellow high school students.

This past April, a group of teenage hackers worked together to project Rick Astley’s 1987 jam “Never Gonna Give You Up” into six high schools across Illinois’s high school District 214 via networked projectors.

“This story isn’t one of those typical rickrolls where students sneak Rick Astley into presentations, talent shows, or Zoom calls,” explained the lead hacker behind the prank in an Oct. 4 blog post. “I did it by hijacking every networked display in every school to broadcast ‘Never Gonna Give You Up’ in perfect synchronization. Whether it was a TV in a hall, a projector in a classroom, or a jumbotron displaying the lunch menu, as long as it was networked, I hacked it!”

According to the blog post detailing the hack, the small team also documented every step of the process. After doing so, they say they contacted the school district’s IT department and presented their findings. And, in a shocking case of high school officials being chill about something, the lead hacker says they were thanked for their thoughtful presentation and not punished.

We reached out to both the hacker behind the blog post, and District 214 officials to confirm details of the hack. We were also curious if the district’s IT department and administration had anything to say to other school officials who may find themselves in a similar situation, but received no immediate response.

Hopefully the hackers are too busy planning their next prank, and the officials are distracted shoring up their network. Cool Valentine’s Day Gifts for Him