In August 2021, Samsung announced that WhatsApp users will finally be able to transfer their chat histories from an iPhone to a Samsung Galaxy smartphone.

It was then said that owners of non-Samsung Android phones will get this feature too in the future, and now that future has arrived. On Tuesday, Google announced that users can now transfer their WhatsApp chat history from an iPhone to an Android 12 phone. 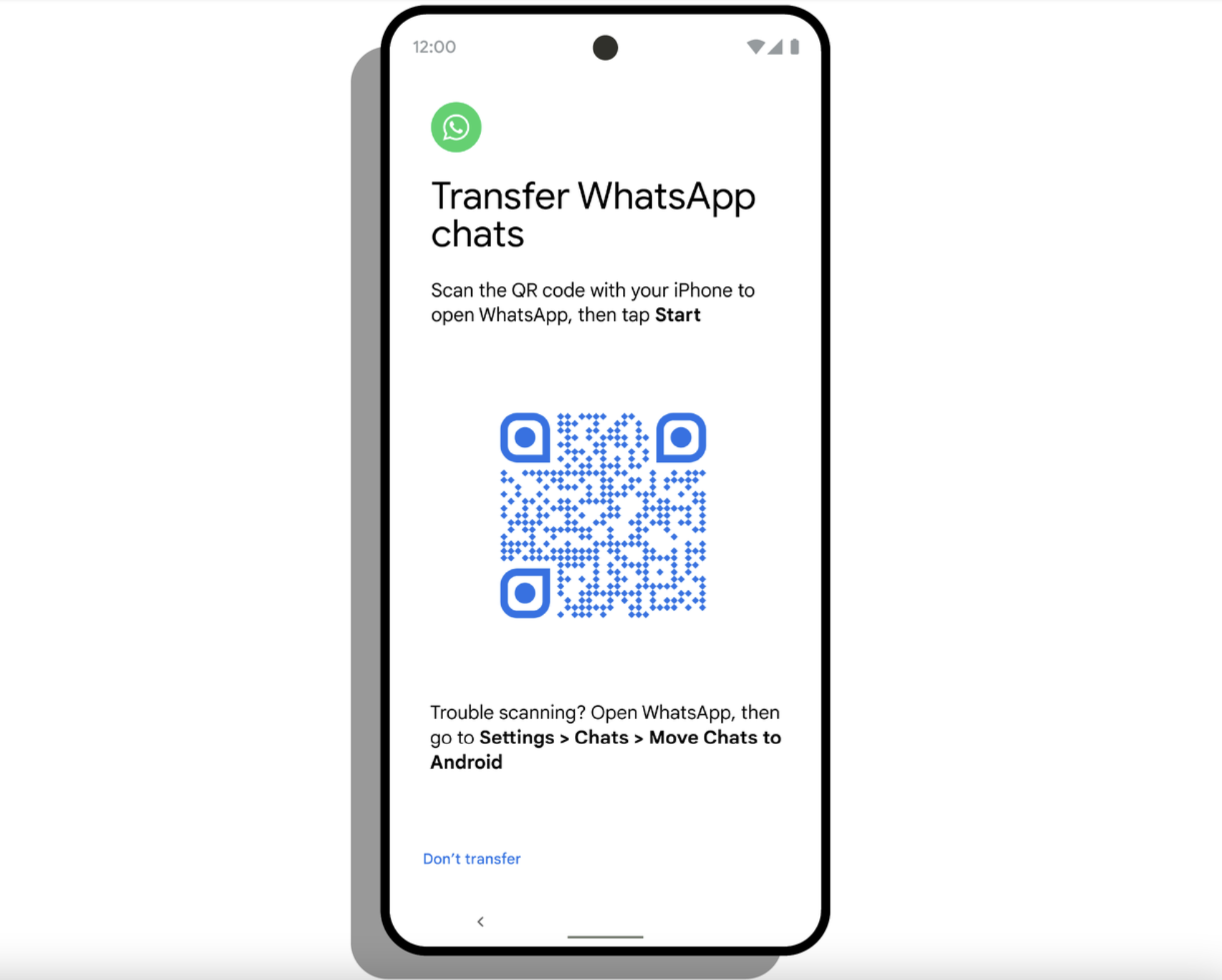 It only works on phones running Android 12.
Credit: google

To get started, connect the phones with a USB-C to Lightning cable. While setting up a new Android device, scan a QR code on your iPhone, which will launch WhatsApp and move all your stuff to the new device. Alternatively, instead of scanning the code, you can open WhatsApp, and go to Settings – Chats – Move Chats to Android.

How to delete WhatsApp

Google says that making this work wasn’t trivial. On Android 12, you can transfer most of your apps and data from iPhone to Android using the aforementioned cable. But some types of data are hard to move over, which is why Google worked with WhatsApp to enable the new functionality.

Google says that this feature works on Samsung Galaxy devices and all Pixel phones, and will become available on new smartphones that launch with Android 12. The problem is, no other Android phones are shipping with Android 12 right now, though many manufacturers are working on getting their devices updated. There’s no word on when or if the feature will become available on older phones.

Beef up your social media marketing skills for only $30