For the first time, a spacecraft has entered the sun’s hostile outer atmosphere, called the corona, and captured scintillating imagery of the scenery inside. NASA announced the momentous event, achieved by the space agency’s pioneering Parker Solar Probe mission, on Dec. 14.

NASA’s probe has a 4.5-inch-thick shield to protect its cameras and other instruments from temperatures that reach some 2,500 degrees Fahrenheit. The speeding craft snapped the unprecedented images below in April 2021, when it swung 6.5 million miles from the Sun’s surface. Inside the corona, we can see structures called “pseudostreamers,” which are long, radiant beams shooting out from the sun. The probe passed above, below, and around the streamers.

In the top row of images, NASA explained the pseudostreamers are seen moving upward, and in the bottom row they’re angled downward. 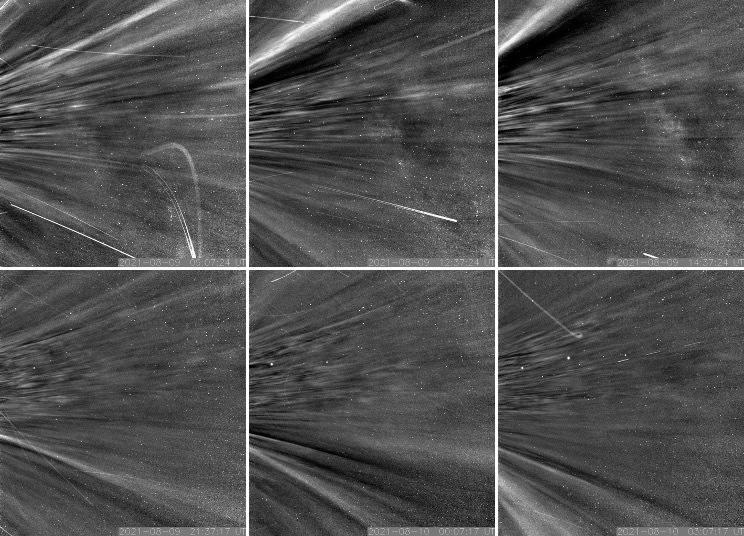 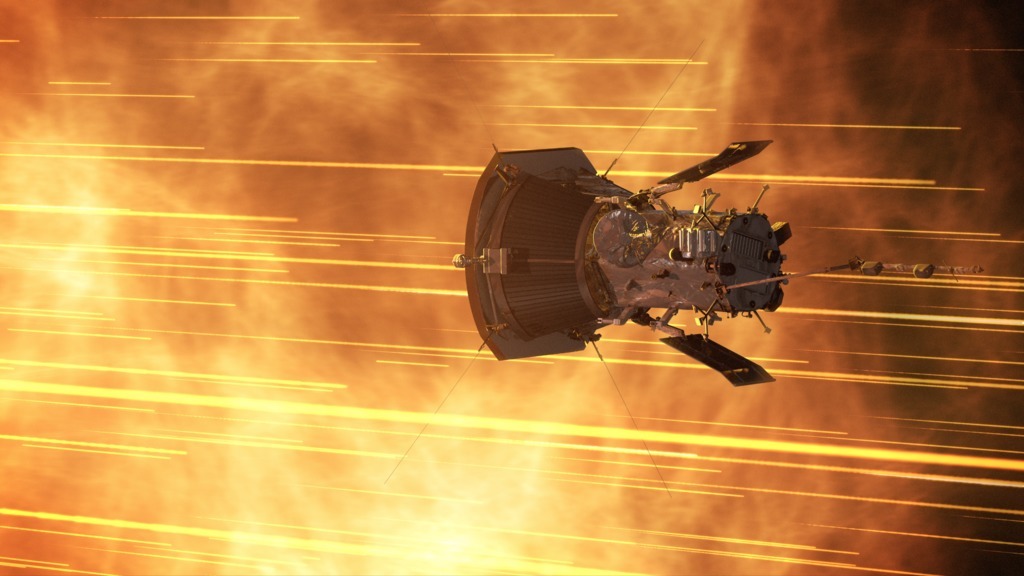 An artist’s conception of the Parker Solar Probe travelling through the sun’s atmosphere
Credit: NASA

The Parker Solar Probe is doing much more than capturing wild solar scenes. The greater mission intends to dramatically improve scientists’ understanding of the sun’s intense, dynamic activity, particularly its powerful solar wind. The solar wind is a stream of energized particles constantly traveling out of the sun’s atmosphere that, during space weather storms, can “disrupt everything from our satellites in space, to ship communications on our oceans, to power grids on land,” writes NASA.

“Parker’s measurements of the solar wind, just a few million miles from the Sun’s surface, will reveal new details that should help shed light on the processes that send it speeding out into space,” NASA explains.

For much of the Parker Solar Probe’s travels around the sun (and in the solar wind), it barrelled through a “busy barrage of particles.” But things changed dramatically once the spacecraft entered the corona, though it was only there for a few hours. Everything calmed down.

“Passing through the pseudostreamer was like flying into the eye of a storm.”

“Passing through the pseudostreamer was like flying into the eye of a storm,” NASA reported. In the corona, the sun’s dominant magnetic fields control the movement of particles emanating from the sun, so there’s more organization and less chaos.

In the coming years, the space probe’s journey around the sun will bring it swooping within 3.8 million miles of our star’s surface. Expect more intense imagery, and discovery.

“I’m excited to see what Parker finds as it repeatedly passes through the corona in the years to come,” Nicola Fox, the director of NASA’s Heliophysics Division, said in a statement. “The opportunity for new discoveries is boundless.”

‘Wordle’ today: Answer, hints for May 18