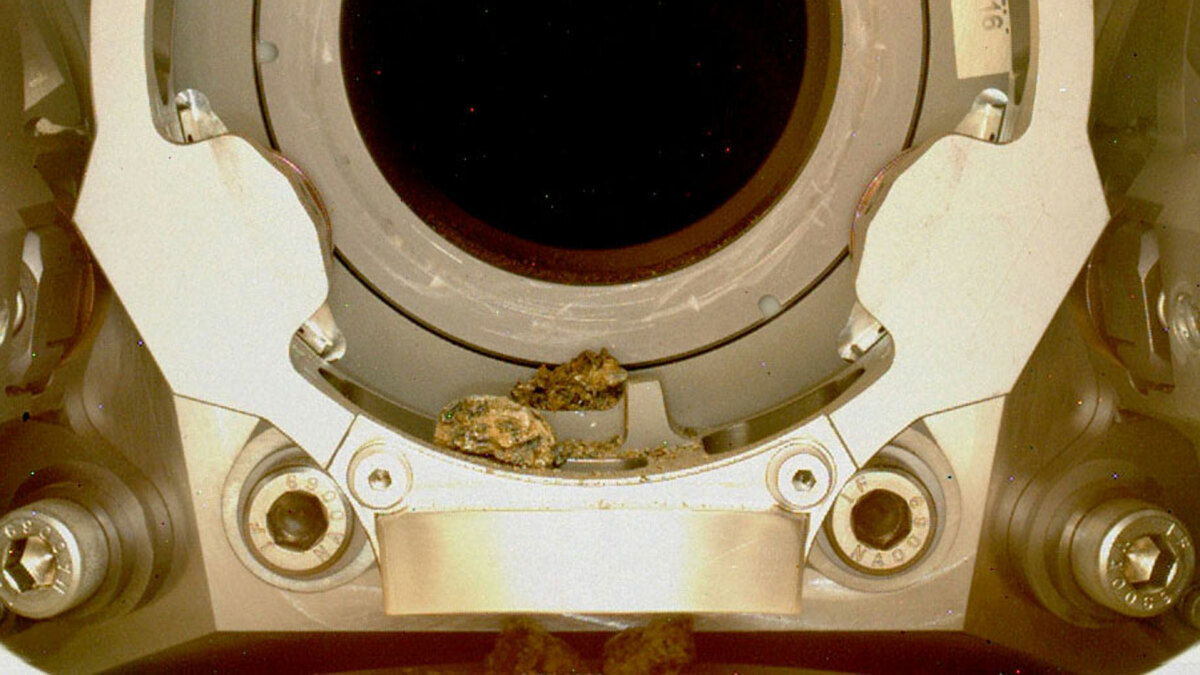 Elmo isn’t the only one struggling to deal with a small rock in recent days.

On Friday, NASA’s Twitter account for the Mars-researching Perseverance rover blasted out some news and a set of photos to go with it: The rover is having trouble stowing away its latest collected sample of the Mars landscape because some rocks are getting in the way.

“I recently captured my sixth rock core and have encountered a new challenge,” the tweet, which is written from the rover’s first-person perspective, reads. “Seems some pebble-sized debris is obstructing my robotic arm from handing off the tube for sealing/storage.”

The sample in question was collected on Dec. 29, extracted from the core of a rock — marking only the sixth time in the history of human space exploration that a rock was cored on a planet other than Earth. But when the rover went to pass the collection tube along through the automated process by which gathered samples are stored, the process was interrupted when “our sensors detected an anomaly,” according to NASA.

As Perseverance attempted to move the sample tube from the percussive drill used to core rocks into the “bit carousel” where samples are staged for storage, it encountered an unusual amount of resistance. The rover’s engineers asked Perseverance for more data and images in the hopes of understanding what the issue was, but it took extra time because of the distance involved in communicating with a semi-autonomous rover situated more than 200 million miles from Earth.

Clarity came on Jan. 6, when the struggling sample tube was extracted and images of the obstruction were beamed back to Earth.

“These most recent downlinked images confirm that inside the bit carousel there are a few pieces of pebble-sized debris,” NASA’s post reads. “The team is confident that these are fragments of the cored rock that fell out of the sample tube.” That’s why there was a struggle transferring the tube to the bit carousel: One or more annoying, little rocks got in the way.

It’s nothing the Perseverance team didn’t anticipate happening at some point during the rover’s mission. But this is the first time the collection process has had to pause for “debris removal,” and “we want to take whatever time is necessary to ensure these pebbles exit in a controlled and orderly fashion.”

It’s not clear if any of the offending pebbles related to an Earthbound pet rock named Rocco. But you can bet Elmo has thoughts about all of this.