Apple is reportedly planning on releasing some updated AirPods Pro later this year (along with a slew of other new products), which can only mean one thing: Its current and previous-gen earbuds will be getting some nice price cuts in the coming months.

Indeed, the AirPods 3 just returned to their all-time low post-Black Friday price at Amazon and Walmart. Head to either retailer to scoop up a pair for only $139.99, a deal that beats their Cyber Weekend discount by $10. (Math says it’s 22% off their suggested retail price of $179, or a savings of just under $40.)

Apple’s revolutionary $19 polishing cloth is back in stock

Pro tip: Order them from Walmart if you need them sooner rather than later. The big box store’s estimated delivery date was four days out at the time of writing (free in-store pickup is an option, too), while Amazon’s stock was slightly backordered until late January or early February; both are offering free shipping and 30-day returns.

Cheap wired earphones may make you a modern-day it girl and/or TikTok sensation, but they can’t compete with the sleek convenience of a pair of AirPods. These latest ‘buds feature Apple’s nifty spatial audio technology for richer sound, an extended battery life, sweat and water resistance, and an updated design that’s more in line with that of the current AirPods Pro. (They lack noise cancellation, though — maybe wait for this year’s new Pros to come out if you consider it a must-have.)

This discount only lasted a day or so the last time it was live on Amazon, so don’t wait too long to place your order. 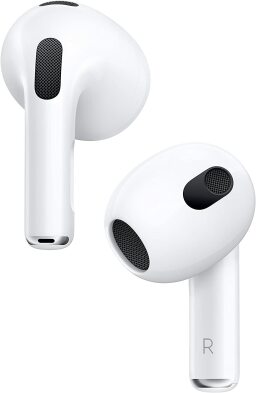 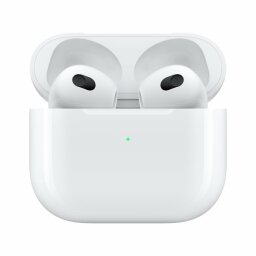