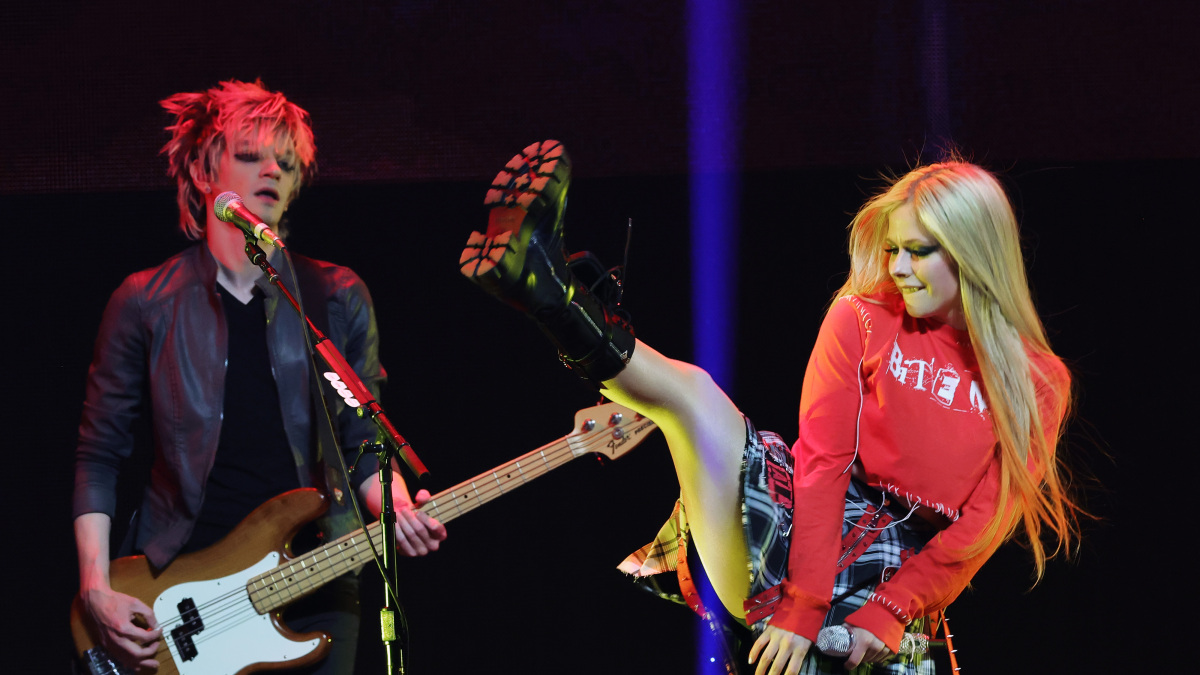 Concert promoter Live Nation decided to cyberbully millennials on Tuesday, Jan. 18, when it announced a new music festival with a devastating name: The “When We Were Young” festival. How dare you, Live Nation (goes back to tweeting and knitting).

The one-day event is set to take place in Las Vegas and will feature bands that were most popular in the early to mid-2000s and fall under the banner of “emo,” a word that now happens to be a frequent answer to clues in the New York Times crossword puzzle. Good god, I am old.

The lineup includes pop-punk musical luminaries such as Paramore, Jimmy Eat World, My Chemical Romance, Avril Lavigne (!!!!), and more. Honestly, 2003 me — a time When I Was Young and thought I was pretty hard for keeping my radio dial tuned to KROQ 106.1 — would have begged my parents to let their tween go to this festival. It rivals any Warped Tour lineup.

Thanks to contemporary in-my-feelings acts like Olivia Rodrigo, “emo” music has been having a resurgence lately. Not to mention, there’s a growing nostalgia for early 2000s culture. In the roaring 2020s, many cultural artifacts of the aughts that were previously laughed at or maligned — most notably, women like Britney Spears and Paris Hilton — are being reconsidered with a more open-minded and less misogynistic view. It’s time for emo to experience the same renaissance.

So while the lineup and low-key insulting but accurate name is clearly meant to appeal to those of us who look back fondly on our halcyon days of side-swept swoops and Vans, it could also speak to today’s teens. That’s especially true since it includes Gen-Z acts like Lil Huddy, who my brilliant colleague described to me as “patient zero TikTok eboy turned punk rocker.” Also, the Linda Lindas, a punk band of teenage girls who went viral for playing in the Los Angeles Public Library, will also be taking the stage.

See you in Vegas, Zoomers?!

From wired headphones to yoga pants, here are 10 trends Gen Z brought back in 2021

There comes a time for every generation when the beloved-but-embarrassing bands of their youth transition from contemporary to throwback. Sometimes, you don’t realize you’ve crossed over that threshold until a capitalism reminds you that you did. After all, Bright Eyes’ “First Day of My Life” is just as devastating and relevant today as it was when Conor Oberst first crooned it in 2005, goddammit!

But the When We Were Young fest is a stark reminder that for millennials that time hath past, perhaps long ago — and companies like Live Nation are ready to rake in that sweet cashola over our collective nostalgia. At least we can see Bright Eyes though!!!

5 things you can’t do on Tinder