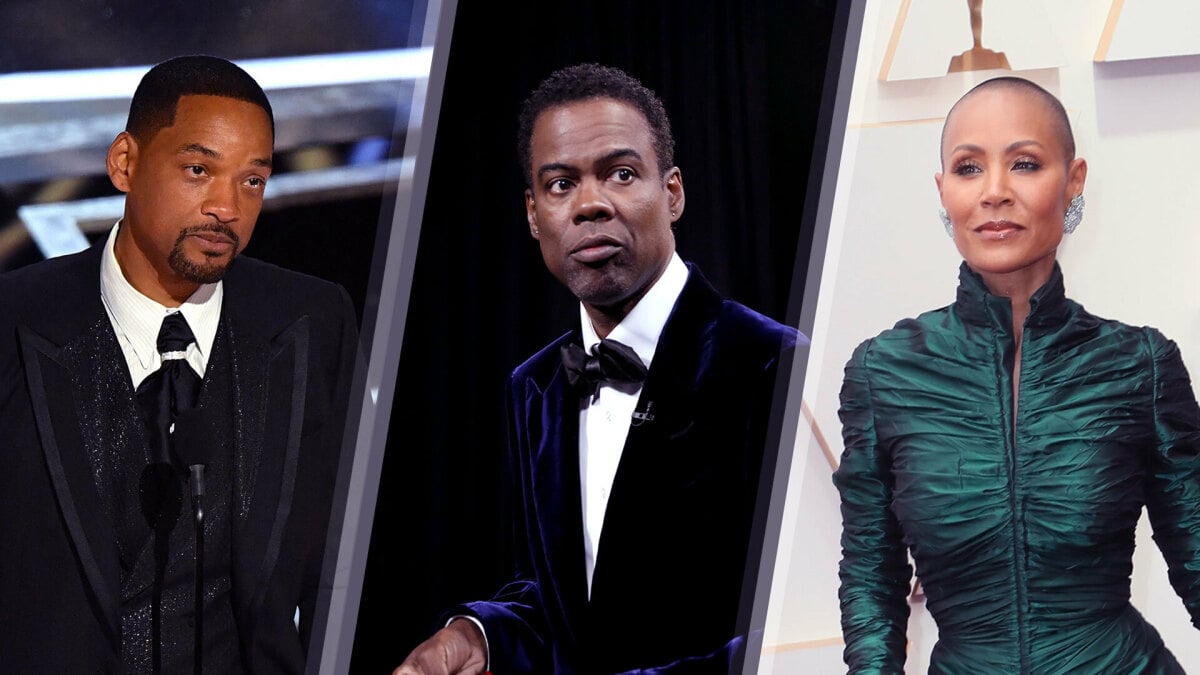 Five days after the infamous Oscars Slap and I’ve lost count of the links I’ve clicked about the controversy. I only know that more content keeps surfacing — Celebrities support Chris Rock! Will Smith apologizes! Jada Pinkett Smith breaks her silence! — and I feel a strange gravitational pull toward all of it that I cannot explain. It’s so strong that I made the conscious choice to add yet another link to the tally.

I have no interest in dissecting the Slap itself. You’ve already seen those takes. Some call the incident a Rorschach test, in which your opinion becomes a projection of personal experience. Others believe we really shouldn’t take it that seriously. No matter where you fall, I’d argue that fascination with the controversy does in fact say something important about our wounded collective well-being, what content we crave, and how the media ecosystem is supercharged to both create and satisfy those desires.

First, Americans are not well right now. A recent poll conducted by the American Psychological Association revealed that people are experiencing shocking levels of stress related to issues like inflation, Russia’s invasion of Ukraine, and the prospect of nuclear escalation. The world is indeed in crisis. This week an ice shelf collapsed in Antarctica, Russia unleashed more attacks on Ukraine after promising to pull back, and the Omicron variant BA.2 threatens to steal any sense of pandemic “normalcy.“

It would be easy to write-off a collective obsession with the Slap as escapist entertainment for an audience that cannot come to terms with living at the edge of apocalypse. I can attest that such framing is tempting. And sure, there is much to be loathed about celebrity culture in the U.S., particularly how the most vapid forms of it promote fame and consumerism while typically ignoring intractable problems like climate change, racism, and income inequality.

But the Slap represented something far more complex. For some, it may have been a temporary distraction from cascading crises. It consumed the public’s attention, but it was a finite event compared to the unknowable future of war and climate change. The incident has become its own drama with characters, a plot, and presumably consequences. This isn’t lightweight escapist fare, like a preoccupation with the Instagram replies of C-list celebrities, but it’s also not grappling with existential emergencies over which we have little control. We can make the level of attention an indictment of an unhealthy celebrity fixation, but also, what if we didn’t? What if we considered it more like a pressure-release valve? The fascination becomes a signal that maybe people are desperate — for good reason — to think about a conflict that is arguably lower stakes.

Here’s where it gets interesting: As the takes tumbled forth, especially on social media, the stakes were in fact higher than they first seemed. The controversy starred Black public figures America has known for decades, whose own personal histories with alopecia, domestic violence, and sexual abuse victimization came into sharper focus in the coverage that followed.

The discourse focused on what it means to protect Black women from harm. It opened up conversations about ableism, violence, and masculinity, and how a public physical conflict between Black people will inevitably become a morality play for white people to judge. Audiences were asked, either by polls, social media posts, or their friends: Was the Slap right? In other words, the controversy prompted some very deep thinking about thorny topics.

In this sense, people’s media consumption of content related to the Slap makes absolute sense. We know that human beings use media, including news coverage and social media, to cope. Specifically, media use can be psychologically gratifying. It brings contentment through pleasure and happiness through discovering meaning or purpose. For some, Slap content yielded memes, jokes, and takes both good and bad, as well as a momentary diversion from coverage of war, COVID-19, and climate change. The provocative nature of what happened also challenged people to think seriously about their values and identity, which is an act of making meaning.

These two sets of experiences aren’t mutually exclusive, either. Like me, you might shift between modes of engagement — deriving unexpected gratification from following the story itself and contemplating the deeper undercurrents of the debate.

Still, there’s one more factor at play. By nature, human beings seek information to better understand the world around them. Information can be reassuring, especially in times of uncertainty. But these days, we’re flooded with facts, details and viewpoints, as well as countless opportunities to consume them. All of this is by design. Social media platforms aim to perfect strategies for keeping your attention, and media companies try to successfully compete for your interest. Meanwhile, you might be rewarded with unique insights or content if you click enough of those links.

If some people can’t stop reading, viewing, and listening to Slap content, perhaps they’re behaving exactly as the media ecosystem hoped they would.

It would be nice, the next time a celebrity scandal disproportionately captures our attention, if we’d pause and acknowledge these dynamics without judgment, which could arguably make space for a richer understanding of what’s unfolding. But the system isn’t built for that reflection or nuance. So we must insist on it wherever we can in an effort to slow down machinery that often flattens what it means to be human.

How to Have Phone Sex: 7 Steps (with Pictures) – wikiHow How to Rehab a Property in the Proper Order