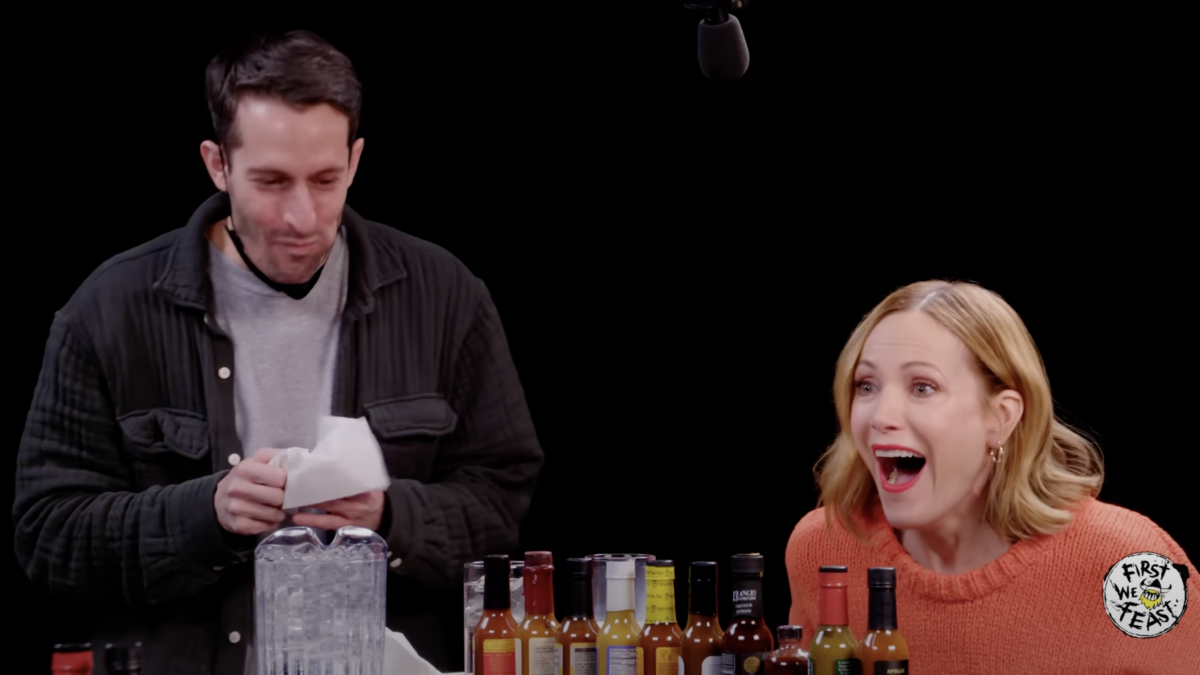 Leslie Mann accomplished something pretty incredible during her appearance on the hit YouTube show Hot Ones. She got revenge.

Between eating increasingly spicy wings while promoting her appearance in her husband Judd Apatow’s poorly-reviewed film The Bubble and fielding questions about her career from host Sean Evans, Mann managed to get herself out of the hot seat.

“Who’s idea was this show,” Mann asks Evans after struggling to eat a wing covered in the signature Da Bomb hot sauce, which boasts a Scoville level of 135,600. (For reference, a jalapeño ranges from about 2,500 to 8,000.)

Evans notes that he only hosts the show in which he has to go head-to-head with celebrity guests, but creator Chris Schonberger gets to sit on the sidelines.

“How much hot sauce does he have to eat? Nothing,” Evans says.

“Come here, Chris,” Mann says repeatedly while beckoning him with her finger.

Schonberger had no choice, but he did handle it well, eating the entire wing in a single bite. “I deserve this. This is for you Leslie and for you Sean. And for the fans,” he said.

How to Respond when a Girl Says She Is Busy: 11 Ways to Reply

‘Riders Republic’ thrives because spills are just as fun as thrills