Drama can hit hard and hurt so good.

You gotta love that gut-punch of tragedy backed by a swelling orchestral score and how it can be a ruthless rush. Sometimes a tearjerker — that invites us to cry along with the characters — feels better than therapy. Other times, watching a protagonist persevere through hellish hardship can give us the hope that we need to persevere.

Whatever kind of drama you’re craving, Netflix’s library of film and TV awaits you. Whether you want poignant period pieces, provocative performances, memorable melodramas, unique crime narratives, acclaimed coming-of-age tales, or a curious case of a dismembered hand on a mission, we’ve got you covered.

Here are the best dramas on Netflix streaming now. 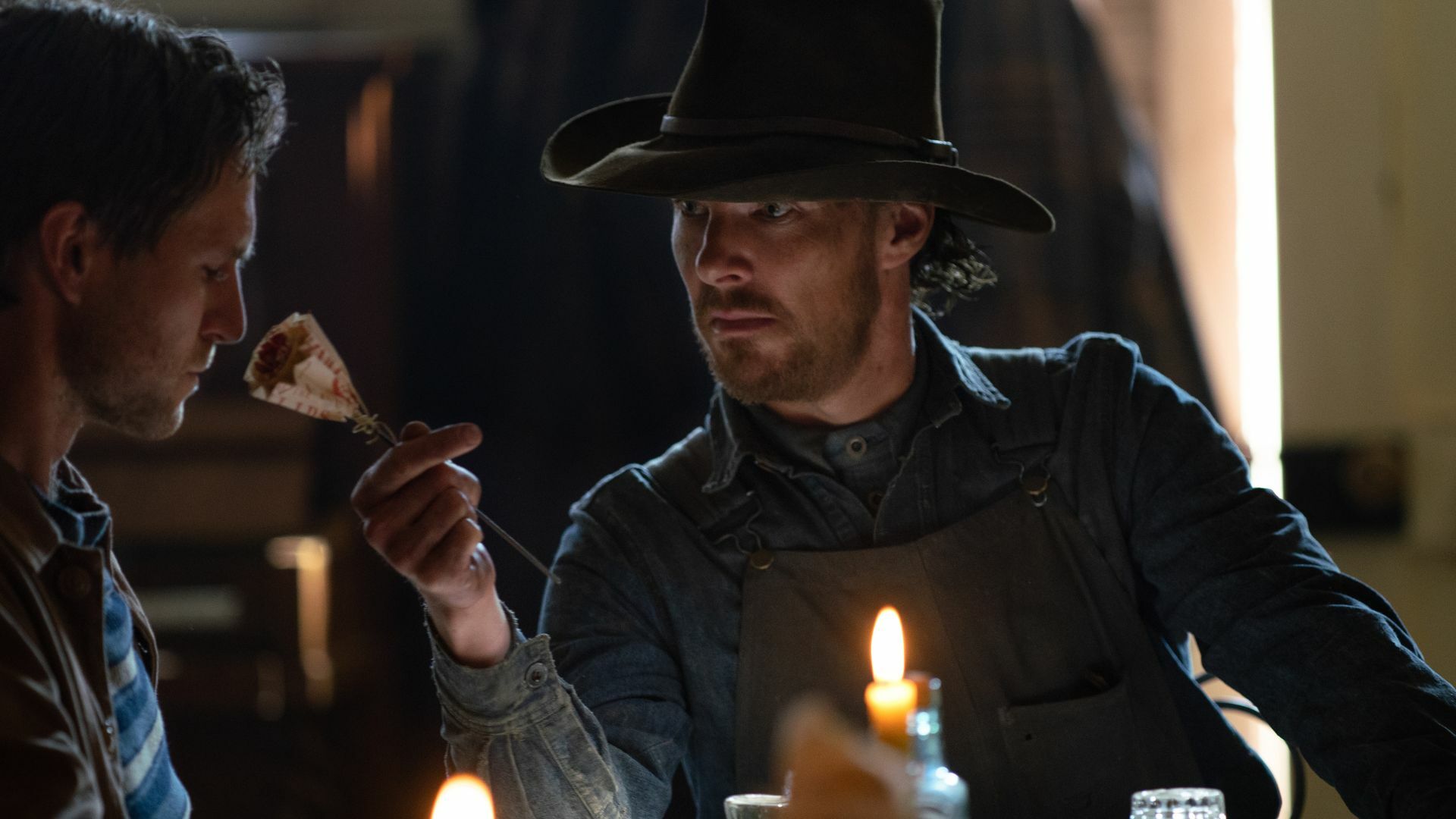 Among our favorites of 2021 is Jane Campion’s latest, a slow-burn thriller with the gritty grandeur of a Western. Academy Award-nominee Benedict Cumberbatch stars as Phil Burbank, a rugged rancher, who can rope, ride, and run down anyone with his cruel wit. Once his bullied brother (Academy Award-nominee Jesse Plemons) marries, Phil’s favorite target becomes his gentle (and genteel) sister-in-law (Academy Award-nominee Kirsten Dunst), who could well crumble under his cold stare. Toxic tensions burn slow and mean as Campion smoothly unfurls a story unpredictable, unnerving, and outstanding. This one grows more compelling with each rewatch. Give yourself over the sickening swoon and you’ll understand what had critics raving and why Campion (once again) took home the Academy Award for Best Director.*

How to watch: The Power of the Dog is streaming on Netflix.

A neo-noir about corporate corruption might sound dry, but this George Clooney vehicle is a nail-biting crime drama, rich in twists, turns, and riveting performances. Written and directed by Tony Gilroy, Michael Clayton follows a major law firm’s steely “fixer” (Clooney), who not only has mounting debt, a screw-up brother, and a gambling addiction to contend with but also a cracking colleague who pulls him into a deadly conspiracy. Like the wizened film-noir detectives who’ve come before, this anti-hero will face horrors that rattle even his hardened heart. Bringing added oomph opposite Clooney is a dynamic cast that includes Tom Wilkinson, Sydney Pollack, Denis O’Hare, and Tilda Swinton, who won an Academy Award for her haunting performance as a pleasant but poisonous executive.

How to watch: Michael Clayton is now streaming on Netflix. Based on the Hillary Jordan novel, this period drama charts the relationships and racial conflict between two farming families in the 1939 Mississippi Delta. Taking audiences from the brutal battlefields of World War II to the mud-sucking fields of a community on the brink of eruption, co-writer/director Dee Ree’s explosive drama earned plenty of praise from critics as well as four Oscar nominations. Among these accolades were, Best Cinematography, Best Adapted Screenplay, and Best Supporting Actress for Mary J. Blige, who was also nominated for Best Original Song, “Mighty River.” Carey Mulligan, Jason Clarke, Rob Morgan, Jason Mitchell, and Garrett Hedlund were also a part of an ensemble, heralded for their powerful performances.

How to watch: Mudbound is now streaming on Netflix.

In high school, challenges like envy and SAT exams can feel like life-or-death drama. Director Nattawut Poonpiriya pays tribute to that intensity with an unusual — and uniquely thrilling — crime narrative. Chutimon Chuengcharoensukying stars as a brilliant but broke student, who uses her smarts not only to get good grades but also to create a cheating scheme to help out her classmates, who are rich in cash but poor in brains. A crackerjack ensemble cast brings plenty of verve to a familiar premise, which is punctuated with suspenseful scenes of narrows escapes and clever cons. Yet amid the thrall of it all, Poonpiriya offers a thought-provoking theme about the class conflict and how being a genius isn’t all it’s cracked up to be.

How to watch: Bad Genius is now streaming on Netflix. 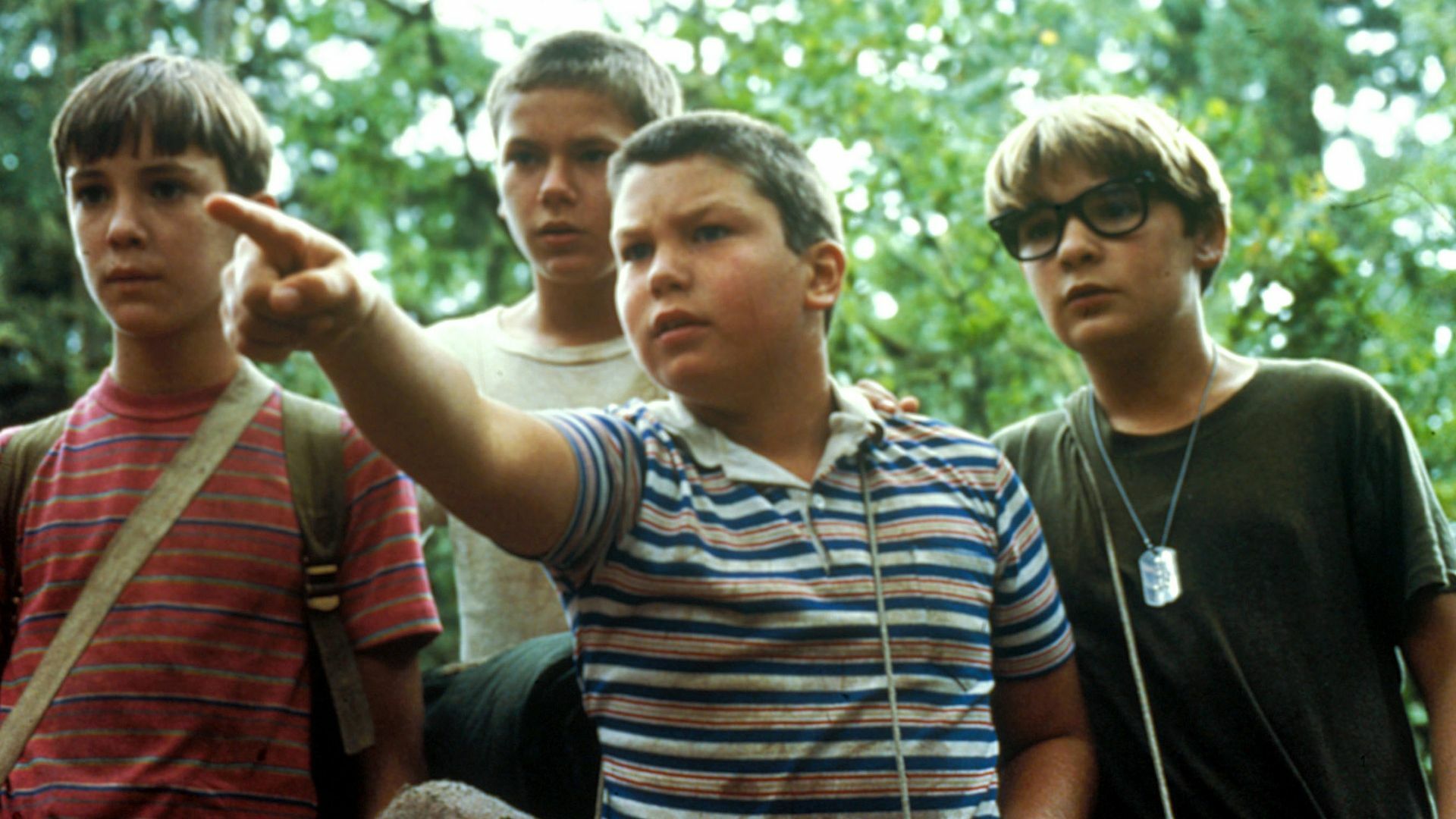 Childhood friendships are built on inside jokes, a playful dynamic, and even dares. So when a boy asks his pals, “You guys wanna’ go see a dead body?” Naturally, his friends band together for a journey that will be full of adventure, junkyard dogs, speeding trains, villainous toughs, a spew-filled local legend, and a soundtrack that is of a time yet timeless. Based on the Stephen King novella The Body, Stand by Me offers a story dark yet heart-warming. Rob Reiner directs an ensemble cast that shines with child stars: Wil Wheaton, River Phoenix, Corey Feldman, and Jerry O’Connell. Whether this would be your first trek with the boys of Stand By Me or a revisit, you’ll be glad you made it.

How to watch: Stand By Me is now streaming on Netflix. Breaking up is hard to do. Knowing that all too well, writer/director Noah Baumbach tapped into his own experience with divorce in creating Marriage Story. This critically acclaimed 2019 drama thoughtfully splits its focus between a director and actress suffocating in a dying marriage. Adam Driver and Scarlet Johansson deliver performances so raw with ache and rage that the film’s hardest-hitting scenes feel intensely voyeuristic. Both leads earned Oscar nominations for laying themselves bare here. However, it was a scene-stealing Laura Dern in a supporting turn as a fabulous and ferocious divorce attorney, who won the film’s only Oscar. Honestly, fair. Heads up: this one is ill-suited for Netflix and Chill viewing!

How to watch: Marriage Story is now streaming on Netflix.

How to unblock and watch American Netflix from the UK

The Western is smartly modernized in this 2016 David Mackenzie drama. Chris Pine and Ben Foster star as a pair of bank-robbing brothers. When the family farm risks foreclosure from a ruthless bank chain, these gun-packing cowboys saddle up for a string of robberies to even the scales. They may be desperate, but they’re no dummies. So, it’s up to a sharp and storied cop (Jeff Bridges with a thick mustache and ten-gallon hat) to stop them. Hell or High Water is studded with gunplay, heists, escapes, and even explosions. However, what makes this action movie a standout is the gripping story, confident pace, and hard-hitting performances from its triad of leading men. Little wonder this film earned four Academy Award nominations, including nods for Best Supporting actor for Bridges and Best Motion Picture of the Year.*

How to watch: Hell or High Water is streaming on Netflix. 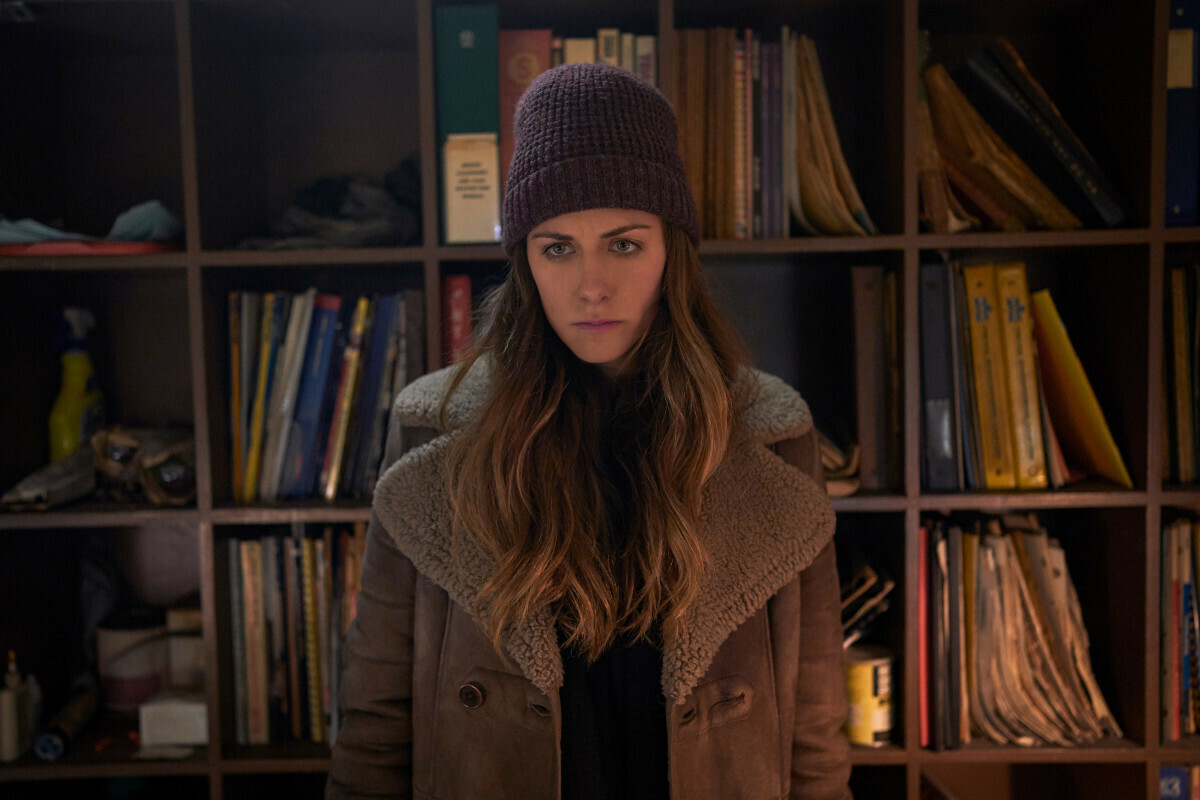 Want a detective drama with some spice and snark? Then check out this CW series from Corinne Kingsbury, which centers on an amateur sleuth seeking justice for her murdered friend. 20-something Murphy Mason (Perry Mattfeld) is a lot like the glowering gumshoes of classic film noir. She’s got a world-weary attitude, a sharp mind, a sarcastic wit, and an insatiable thirst for hard liquor. To her mom and friends, she’s a self-sabotaging screw-up. So, when Murphy claims she’s found a local teen dead in a back alley, few believe her. It doesn’t help her cause that she’s blind and the corpse vanishes before the cops turn up. Thus, it’s up to Murphy to clean up and crack the case, no matter what dark paths she must traverse with her seeing-ey dog, Pretzel. Warning: Between Mattfield’s chaotic charisma and the show’s non-stop twists, this series is downright addictive.

How to watch: In The Dark Seasons 1-3 are now streaming on Netflix.

Writer/director Haifaa Al-Mansour made her narrative feature debut with this charming tale of a spunky 10-year-old Saudi girl, who dreams of a shiny green bicycle. Wadjda (Waad Mohammed) wants to race about like the boys of Riyadh, but this is considered unladylike in her conservative community.

Undeterred, she sets out to win a Koran recitation competition, planning to use the cash prize to purchase a bike! While gently exploring themes of double standards, Al-Mansour keeps things light by focusing on the hopeful perspective of her indomitable heroine. This approach not only impressed critics worldwide but also scored Wadjda a BAFTA nomination for Best Film Not In The English Language. On top of that, this 2012 stunner made history as the first feature film shot entirely in Saudi Arabia and the first feature-length film directed by a Saudi woman.

How to watch: Wadjda is now streaming on Netflix. A dismembered hand searches for home in “I Lost My Body.”
Credit: netflix

Animated films often fall into categories of kid-friendly comedies, chipper musicals, or rollicking adventures. This extraordinary French film not only breaks from expectation by being a tender drama, but also offers something scintillatingly strange by making its protagonist a dismembered hand in search of his missing body. Adapted from the Guillaume Laurant novel, this Jérémy Clapin-directed cartoon delivers a raucous journey through the suburbs of Paris, from cozy apartments and dangerous subways to glittering rooftops and a jolting realization.

With a sophisticated aesthetic and complex emotional narrative, I Lost My Body won praise on the film festival circuit and a slew of critics’ guilds, as well as the César for Best Animated Feature. If you’re not much for subtitles, worry not! Netflix also offers a meticulous English over-dub.

How to watch: I Lost My Body is now streaming on Netflix.

For a generation who grew up on Home Alone, My Girl was the first movie to break our hearts into a million glittering pieces, like a pair of smashed eyeglasses. (Too soon?) This 1991 coming-of-age drama starred Anna Chlumsky and Macaulay Culkin as 11-year-old best friends, enjoying a 1972 summer of fun, first kisses, and hard life lessons. Director Howard Zieff paints a sunny picture of youth, reckless, fragile, and charmingly nostalgic. The adult supporting cast of Dan Aykroyd, Jamie Lee Curtis, and Griffin Dunne brought a welcoming warmth to more mature moments. But make no mistake, Chlumsky — in her first lead role — is far and away this film’s dazzler, delivering a performance that is playful and poignant. Have your tissues ready, and revisit a summer of love and heartbreak.

How to watch: My Girl is now streaming on Netflix. If you love The Handmaid’s Tale, then you’ll relish Alias Grace. Also adapted from a Margaret Atwood novel, this mini series delves into historical fiction, exploring the motives of 19th-century murderess, Grace Marks. Sarah Gadon stars as the notorious killer, who journeyed from Ireland to Canada and made a humble life for herself as maid to the farmer Thomas Kinnear (Paul Gross). So why did she kill him?

Sarah Polley’s sensational script unfolds the lyricism of Atwood’s words with an agile ear for dialogue, while director Mary Harron plumbs the depths of the human soul to craft a tale of murder that’s more melancholic than merciless. The result is a mini-series that is restrained yet absolutely riveting. Anna Paquin, David Cronenberg, and Zachary Levi co-star.

How to watch: Alias Grace is now streaming on Netflix.

Related Video: What to binge on the best 30-day free trials

This story was originally published in Jan. 2021 and was updated in April 2022.

Improve your sleep schedule with a Philips wake-up light, on sale ahead of Prime Day

The best laptops to net you a great gaming experience