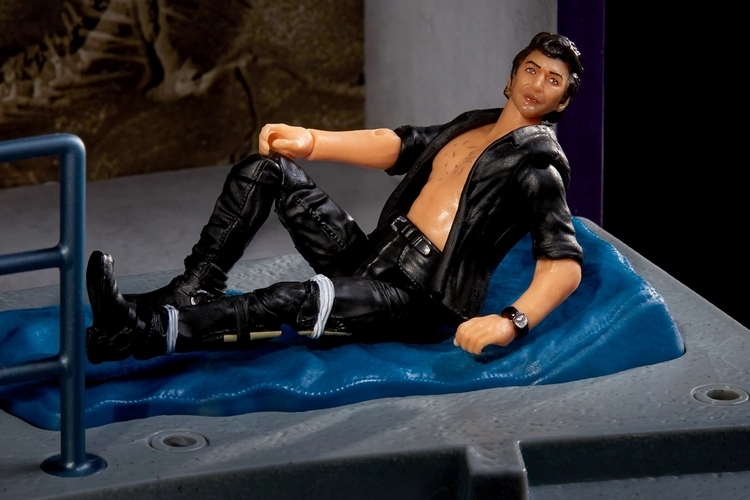 There’s no shortage of toys that recreated the iconic bare-chested Jeff Goldblum scene that remains one of the most memorable moments in the entire Jurassic Park franchise. It’s just one of those weird things. And while you’ve probably had your fill of toys, sculpts, and even memes that capture that special moment, there’s a good chance you’ll still have room for more. The Mattel Creations Jurassic Park Chaos Theory Dr. Ian Malcolm Figure will look to fill that void.

No, it’s far from the most detailed or the most realistic bare-chest Jeff Goldblum toy. Surely, you’ve seen better ones over the years. This one, however, brings you a bit more than Ian Malcolm in a sexy pose, coming with a few extra pieces that make for a really interesting toy for Jurassic World fans and collectors. 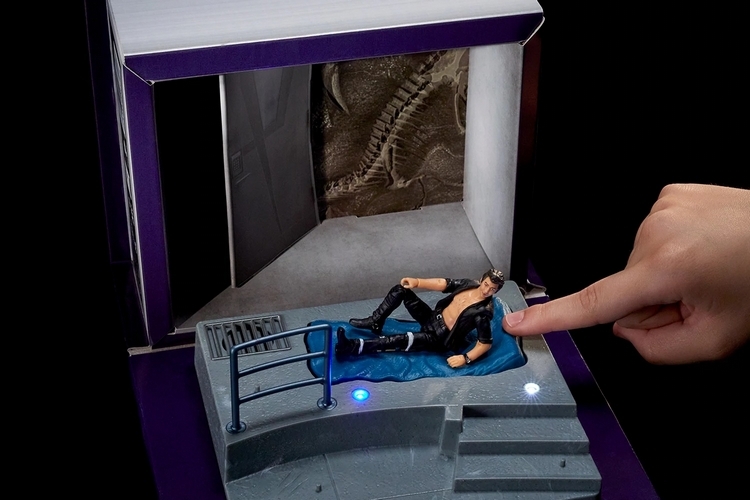 The Mattel Creations Jurassic Park Chaos Theory Dr. Ian Malcolm Figure is a toy set that includes a 3.7-inch action figure of the fictional mathematician, dressed in the same unbuttoned black shirt and black pants he wore in the famous scene from the first film. Unlike most bare-chested Jeff Goldblum toys, it’s not fixed in a lying-down position. Instead, it’s a regular articulated figure that you can simply pose to recreate the iconic scene when you feel like it, all while being able to do other poses for greater playability.

It has 16 articulation points, although the outfit didn’t list details on where the articulations are located. If we had to guess, it’s in all the major joints like many action figures, plus a few other smaller sections that you can use to arrange it in Dr. Malcolm’s somewhat seductive broken-legged pose that launched a thousand memes whose charms have managed to persist to this day for whatever reason. 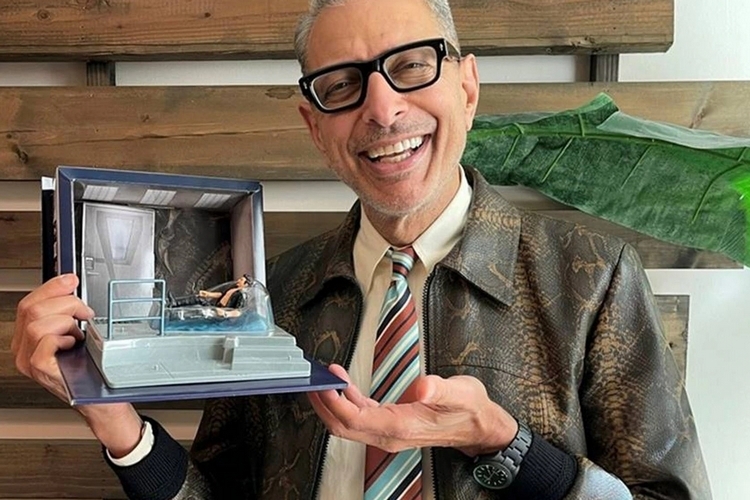 The Mattel Creations Jurassic Park Chaos Theory Dr. Ian Malcolm Figure doesn’t just wear the same clothes that Goldblum wears in the scene, it even sports the same splint on the left leg that’s tied down around the thigh and shin areas. From the looks of things, it does have articulation on the left knee, so the splint should either be removable or is split in the middle somewhere. There’s also a button that you can press to play one of eight pre-recorded Dr. Malcom lines from the original film, too, so you can treat your eyes and ears with the joys of Jeff Goldblum. 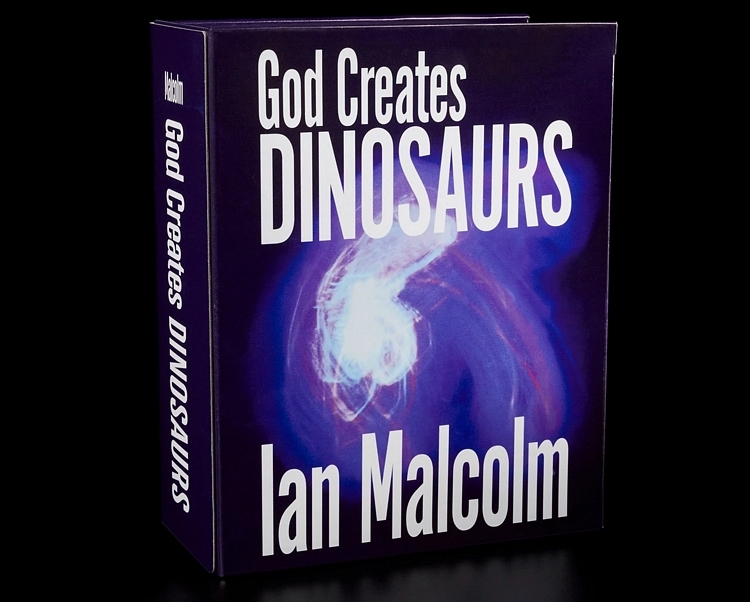 The whole thing comes with a full diorama based on the control room inside the Jurassic Park visitors’ center, complete with a raised platform with steps, railings, and a dinosaur print in the background to really complete the look and feel of the scene. Heck, they even threw in a couple of LEDs in there to really set the scene, complete with multiple mood lighting settings. The diorama, by the way, is housed inside a copy of the fictional book “God Creates Dinosaurs” from the movies, so you can put it on a shelf and pretend you’re living in your very own dinosaur-infested existence.

33 years to read ‘Twilight’? This TikTok account isn’t in a hurry.

OnlyFans clarifies new policy: No sex, no ‘extreme’ genitals. But sure, boobs are fine!