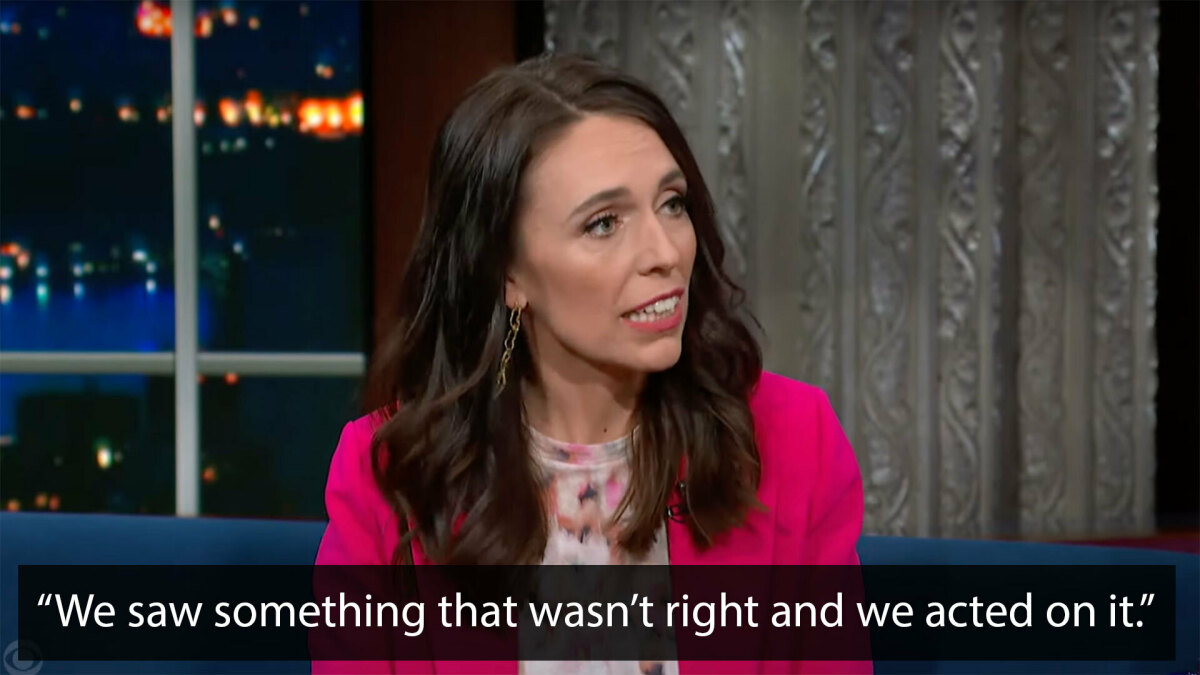 In the aftermath of the Robb Elementary School shooting on Tuesday which left 19 children and two teachers dead, New Zealand Prime Minister Jacinda Ardern spoke to Stephen Colbert about gun control — and the measures her own government took following the 2019 Christchurch massacre which saw 51 people killed.

“I can only speak to our experience in New Zealand, but you know when I watch from afar and see events such as those today I think of them not as a politician, I see them just as a mother and I’m so sorry for what has happened here,” Ardern said.

“Then I think about what happened to us and all I can reflect is, we are a very pragmatic people. When we saw something like that happen everyone said ‘never again’, so then it was incumbent on us as politicians to respond to that.

“Now, we have legitimate needs for guns in our country for things like pest control and to protect our biodiversity, but you don’t need a military style semi-automatic weapon to do that. So we got rid of them.”

Ardern went on to explain how the government introduced a buy back scheme to collect and destroy as many guns as possible.

“We still have work to do,” she finished. “There are still obviously guns that are misused in New Zealand, and so I won’t sit here and say that our system is perfect, but we saw something that wasn’t right and we acted on it.”

Following the shooting on Tuesday, President Biden has called on the government to “do what needs to be done” and stand up to the gun lobby, while people like NBA coach Steve Kerr have made powerful speeches about gun control.

The Samsung Galaxy Watch3 is already at its Black Friday price

Stay secure with all the best VPNs for Mac users