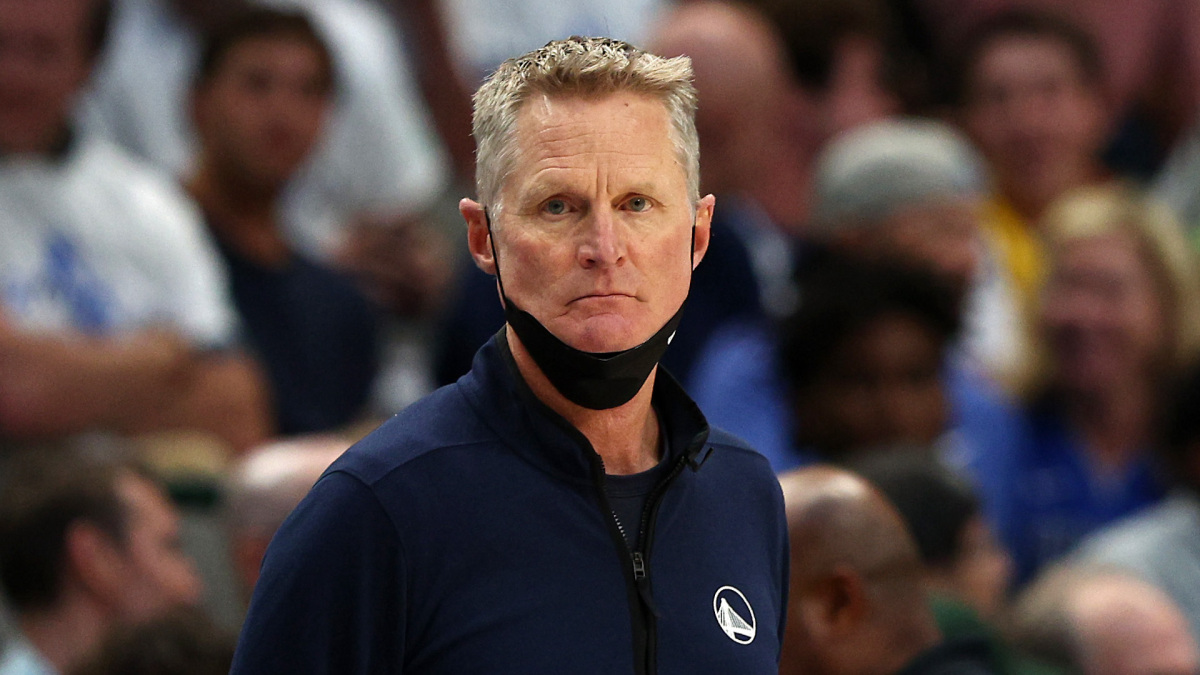 Steve Kerr, head coach of the Golden State Warriors, has given a powerful speech about gun control following a school shooting at Robb Elementary School in Uvalde, Texas that left 19 children and two teachers dead on Tuesday.

Kerr was speaking at a press conference ahead of the NBA Conference Finals game between the Golden State Warriors and the Dallas Mavericks — but he made it clear at the start that he wasn’t going to be talking about basketball, instead using the platform to condemn Senators who’ve yet to vote on H.R.8, a bill that would require a background check prior to private firearm sales.

“When are we going to do something?” Kerr asked. “I’m tired, I’m so tired of getting up here and offering condolences to the devastated families that are out there. I’m tired of the moments of silence. Enough.”

You can read Kerr’s speech below, in full:

“I’m not going to talk about basketball, nothing’s happened with our team in the last six hours. We’re going to start the same way tonight, any basketball questions don’t matter.

Since we left shootaround, 14 children were killed 400 miles from here, and a teacher. And in the last 10 days we’ve had elderly Black people killed in a supermarket in Buffalo, we’ve had Asian churchgoers killed in Southern California, and now we have children murdered at school.

“When are we going to do something? I’m tired, I’m so tired of getting up here and offering condolences to the devastated families that are out there. I’m tired of the moments of silence. Enough.

“There’s 50 senators, right now, who refuse to vote on H.R.8, which is a background check rule that the House passed a couple of years ago, it’s been sitting there for two years. And there’s a reason they won’t vote on it: To hold onto power. So I ask you, Mitch McConnell, I ask all of you Senators who refuse to do anything about the violence and school shootings and supermarket shootings, I ask you: Are you going to put your own desire for power ahead of the lives of our children, and our elderly, and our churchgoers? Because that’s what it looks like. It’s what we do every week.

“So I’m fed up, I’ve had enough, we’re going to play the game tonight, but I want every person here, every person listening to this to think about your own child, or grandchild, or mother, or father, or sister, or brother — how would you feel if this happened to you today? We can’t get numb to this. We can’t sit here and just read about it and go, ‘Well, let’s have a moment of silence, yeah, go Dubs, come on Mavs, let’s go.’ That’s what we’re going to do, we’re going to play a basketball game. And 50 Senators in Washington are going to hold us hostage.

You realise that 90 percent of Americans, regardless of political party, want background checks, universal background checks? 90 percent of us. We are being held hostage by 50 Senators in Washington who refuse to even put it to a vote, despite what we, the American people, want. They won’t vote on it because they want to hold on to their own power. It’s pathetic. I’ve had enough.”

Kerr has been vocal on gun control in the past, going viral in 2018 with a speech he made following the mass shooting at Marjory Stoneman Douglas High School in Parkland, Florida that left 17 people dead.