Let’s be clear: There’s no such thing as a “good” Nazi. Never has been. Once I realized that Sniper Elite 5 is OK with you sparing Nazi lives, and in fact gives you tools to help decide who’s worth saving, it was hard to focus on anything else.

Sniper Elite 5, out May 26, is the latest in developer Rebellion’s enduring series of World War II-set action games. The original Sniper Elite launched in 2005, but it wasn’t until 2012’s Sniper Elite V2 that Rebellion embraced the gratuitous violence and open-ended design that would guide each subsequent release in the series.

Each one on its own is a marvelously satisfying Nazi murder simulator where you’re regularly treated to slow-motion, X-ray vision views of your bullets tearing through their targets’ bodies. But Sniper Elite 5 takes the extra, troubling step of baking in mechanisms that work to humanize the Nazi forces arrayed against you. And it sucks. It just plain sucks. 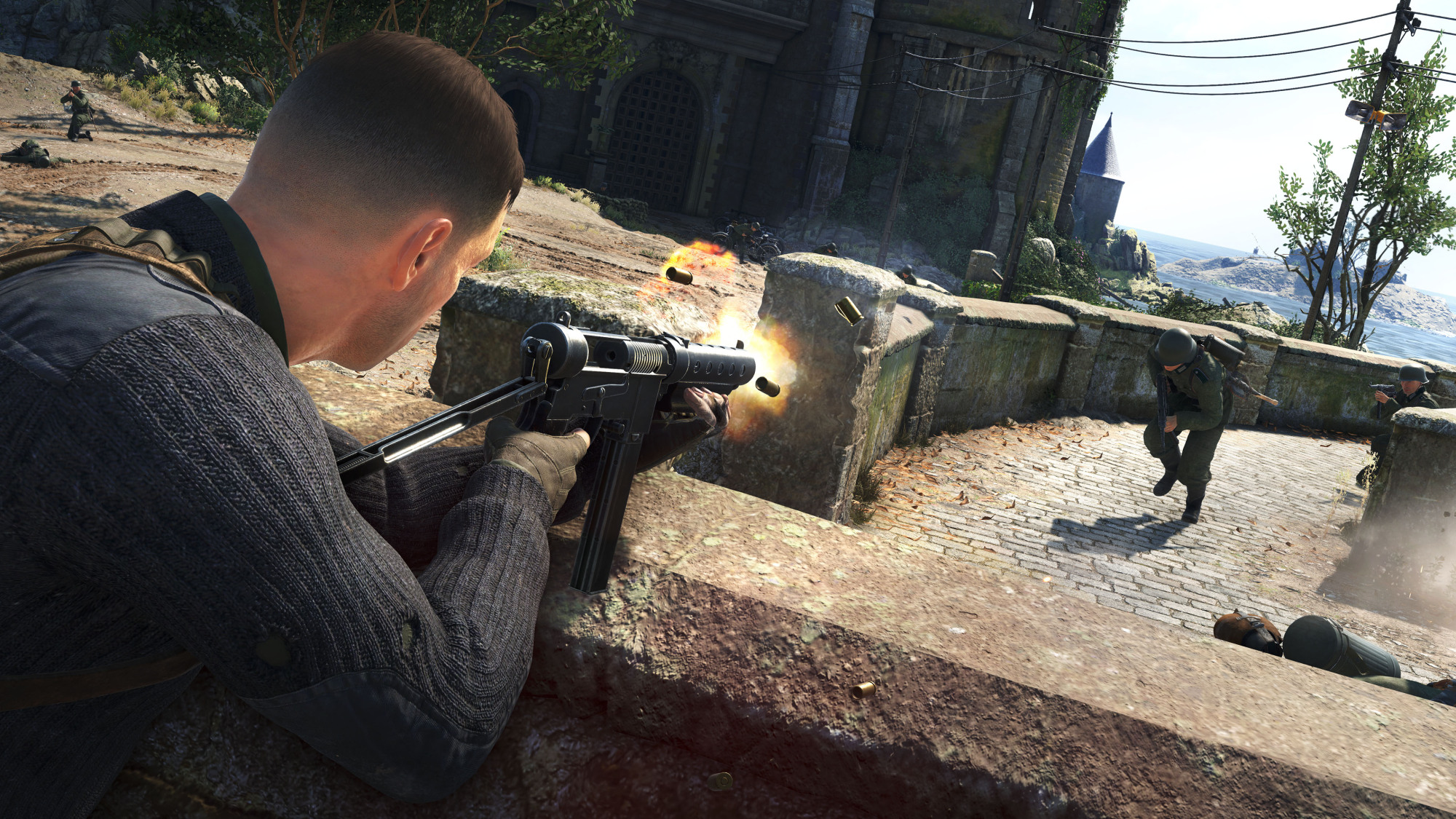 This is an acceptable way of dealing with a video game Nazi.
Credit: Rebellion

So much so that I decided to put the game down about halfway through the campaign. The long arc of Sniper Elite 5‘s plot is immaterial to the issue that’s made continued progress such a chore for me. The latest sequel’s problematic addition of non-lethal approaches to combat, and the way players are incentivized to use them, is evident right from the start.

If you’re not familiar with the series, it’s helpful to think of Sniper Elite in its current form as a World War II spin on the Hitman series. Just like IO Interactive’s lush murder mousetrap, Sniper Elite 5 drops players into large, open maps deep behind enemy lines in 1940s Europe. Mission objectives are flexible, bending and shifting as you scour each map for intel, and the whole world is a sniper’s playground.

It’s the kind of game that is commonly referred to as a “sandbox.” You’re in the big world and you have things that need to get done there, but the specific steps you take to complete a given mission are up to you. Being able to take a non-lethal approach makes it possible for expert players to complete a Sniper Elite 5 level with no alarms raised and no one killed other than the target, a nod to Hitman’s difficult Silent Assassin challenges.

Rebellion is in the awkward position here of making a “not all Nazis” argument. It’s repugnant.

The problem here is we’re talking about Nazis, wretched villains of our modern history. I don’t have any interest whatsoever in saving Nazi lives, let alone a game that manufactures reasons to do so. In fact, I make it a personal challenge in any given Sniper Elite level to wipe every Nazi off the map before I move to the next mission. It’s a small act of emotional catharsis that has always felt to me like the reason people tend to enjoy World War II-set shooting games. It’s downright satisfying to obliterate Nazis.

Being able to knock out foes using your hands or special purpose ammunition in any hostile encounter complicates that fundamental appeal, especially since players are incentivized to use the new tools. You level up as you play Sniper Elite 5, earning skill points that are spent to upgrade various abilities and improve your virtual soldier’s survivability. That progression is powered in part by unlockable medals that you earn passively, say for knocking a certain number of Nazis unconscious.

There are plenty of other ways to level up, including a long list of medals that have nothing to do with the non-lethal gameplay. So those less-than-fatal tools and actions can be safely ignored without impeding your progress. It’s hard to set aside the fact that they exist, though. Especially given the justification Rebellion has offered for including them in the first place.

When I went looking for some kind of explanation as to why a Nazi murder simulator would introduce a feature which immediately undermines its series-signature Kill Cams, I came across this video from a YouTuber called The Hidden Object Guru. It notably includes an explanation from Rebellion head of design, Justin Woodward, alongside the video creator’s own incredibly well-articulated breakdown of the issues I’m grappling with here.

According to Woodward, the addition of non-lethal tools is “all about offering choice to the player and getting them to think about every decision they make in the game.” He continues with what is initially a rather dry and matter-of-fact justification: Some players do like to clear the entire map, but there are also those who prefer to “limit their kills, focusing only on the major target.” So, in that sense, non-lethal tools used to spare virtual Nazi lives are about filling up the sandbox with more ways to play.

I can understand that design approach, even if I don’t agree with it here. Games like Hitman have the ability to provide wonderfully unique player-authored experiences. The latest Sniper Elite releases have moved in the same direction as Rebellion has grown more confident crafting an engaging and multifaceted video game sandbox.

But there’s a profoundly upsetting dissonance in the way non-lethal mechanics clash here with the emotional resonance of a Nazi murder simulator. It feels good to kill Nazis, and it feels bad to spare their lives. Gamified catharsis.

Don’t humanize Nazis in your gratuitously violent action game. Ever.

Rebellion’s own explanation goes on to clarify that disconnect, but the substance is deeply disappointing. “One of the things that makes Sniper Elite unique is that once you have focused on an AI character, you get a small synopsis about them and their life,” Woodward explained in his email to The Hidden Object Guru.  “The content of these may also affect someone’s decision to kill or pacify.”

He’s talking here about a feature flourish that actually predates Sniper Elite 5. When you spy an enemy through a sniper scope or binoculars and keep the crosshairs trained there for a few seconds, basic vitals and a line or two of biographical info pops up on the screen. It was definitely weird to see the occasional sympathetic Nazi in Sniper Elite 4, where the feature first popped up, but as The Hidden Object Guru notes in his video, those Nazis were still threats that you could only deal with in one way: Bloody murder.

Woodward argues that Sniper Elite 5 takes a step forward from that idea by arming players with raw personal details about the Nazis they’re targeting that could sway them away from pulling the trigger. I’m going to be super clear about this next bit, because it’s important:

Don’t humanize Nazis in your gratuitously violent action game. Ever. 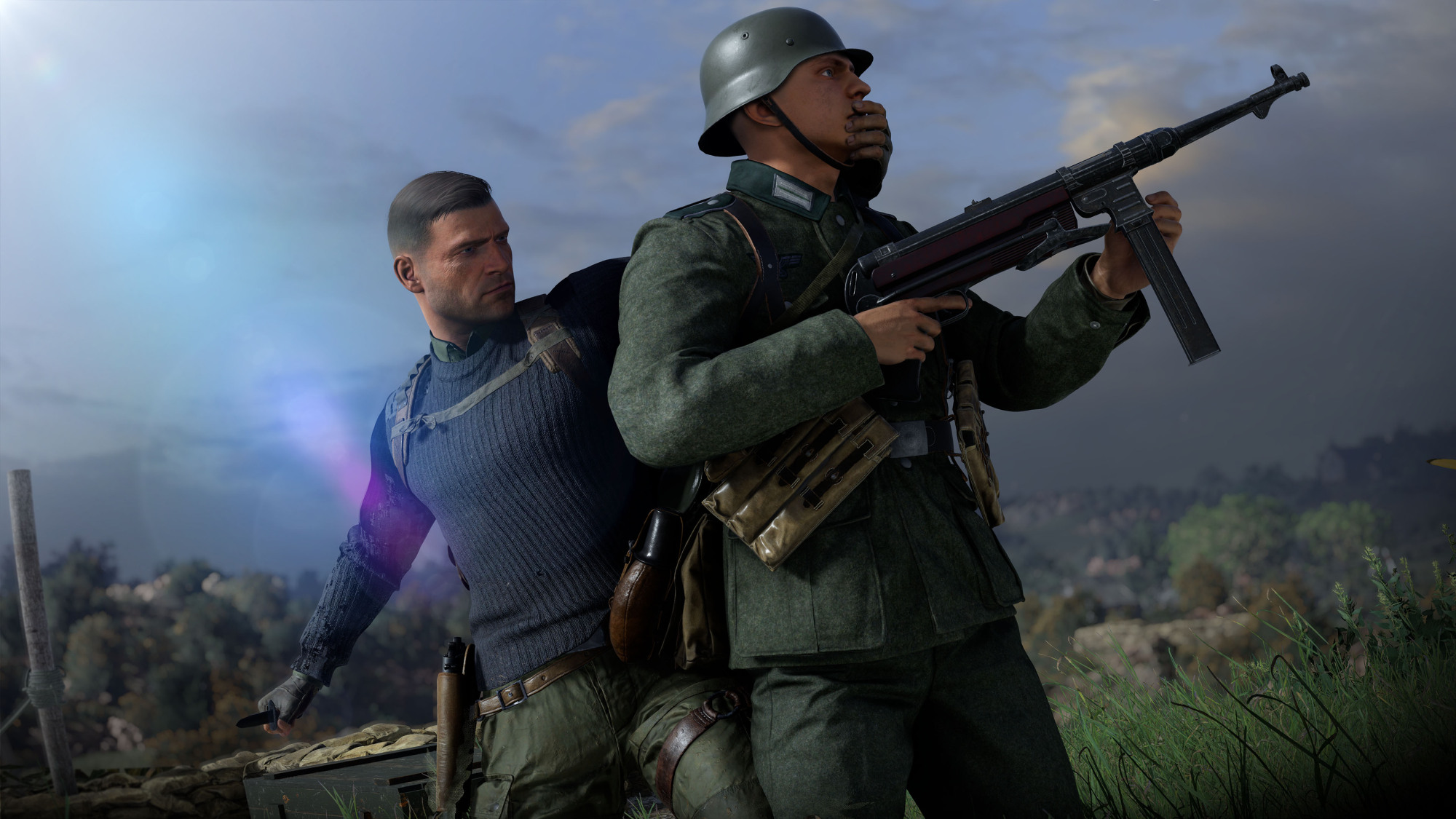 This is an acceptable way of dealing with a video game Nazi.
Credit: Rebellion

It’s mind-boggling that this even needs to be said. Authenticity isn’t the issue here. I’m not suggesting that we should overlook the reality that people were conscripted into Adolf Hitler’s service, and the complexities that play out at the individual level as a result. But there’s a time and a place for such considerations, and the video game series whose core hook is “graphically murder tons of Nazis” ain’t it.

The irksome addition of non-lethal approaches to combat is awful enough, but Woodward’s explanation is what really knocks me out. There was intent behind this decision. Even if it was born out of some misguided desire to give players more options, context matters. The context here puts Rebellion in the awkward position of making a “not all Nazis” argument. It’s repugnant.

What happens when this game folds into the social fabric of our messed-up society where fascism is already on the rise? I share The Hidden Object Guru’s concerns about what bigoted content creators will do with Sniper Elite 5‘s baked-in “freedom” to decide which Nazis are good and which Nazis are bad. Do you think it’ll be long before someone flips the good/bad metric on its head and makes a video focused on “saving” the ones who possess the most detestable backgrounds?

I’m so disappointed at the lack of foresight here. As someone who has been with Sniper Elite’s every step toward the compellingly open-ended sandbox it is today, the non-lethal twist and the reason for its inclusion is an absolute deal-breaker. It’s a shame, and Rebellion should be ashamed for ceding even an inch of moral high ground to disgusting bigots.

Everything you should buy from Target’s pre-Black Friday sale

Save 98% on this comprehensive CompTIA certification bundle How to Overcome the Fear of Driving for the First Time